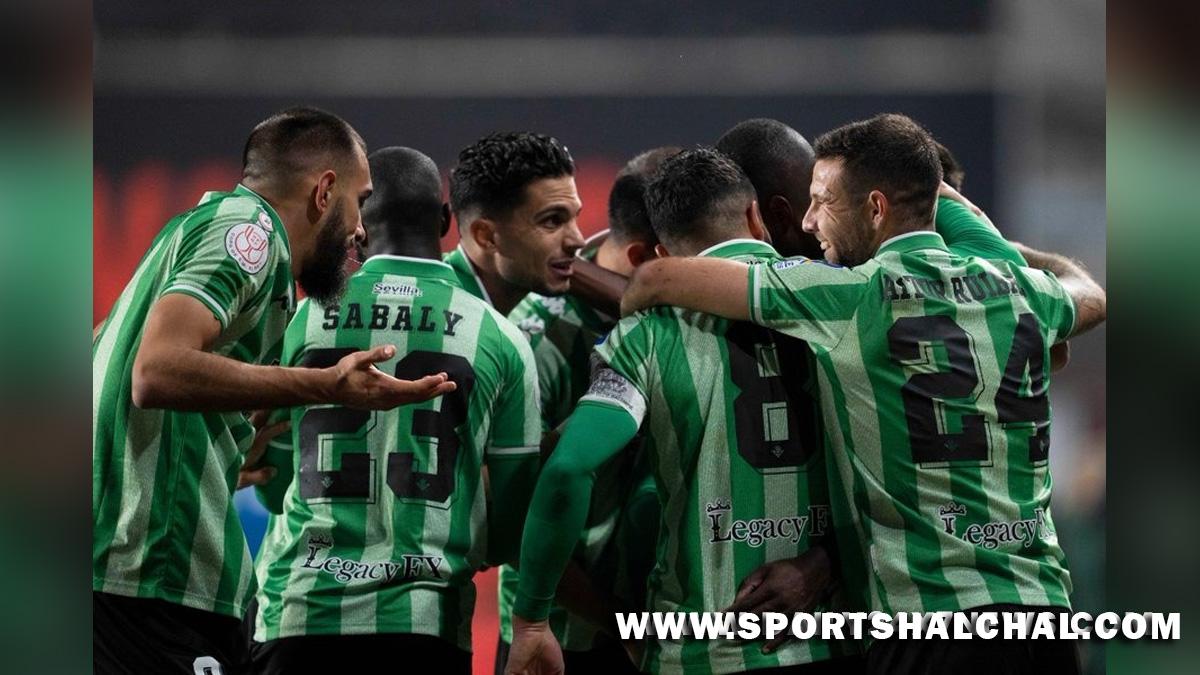 Madrid : Goals from Borja Iglesias and William Carvalho helped Betis come back from a goal down to take a 2-1 win in the first leg of their Copa del Rey semi-final away to Rayo Vallecano. Betis always looked slightly better than their rivals and are now clear favorites to qualify for this season’s final after overcoming a poor start.The game was just five minutes old when Rayo took the lead: Iván Balliu produced a 40-yard run down the right, hurdling one challenge and crossed for Alvaro Garcia to nod the ball past Rui Silva and into the net on Wednesday night.After the goal, it turned into an open game, with both sides committed to attack, although Betis had more of the ball in the Rayo half.Betis striker, Juanmi was close to levelling after William Carvalho’s through ball but failed to get a touch before Iglesias equalised with a low shot from outside the area after beating two defenders in a moment of individual magic.

The half ended with Nabil Fekir wasting a chance when he opted to shoot rather than passing to the unmarked Iglesias, who moments later had a shot saved by Rayo keeper, Stole Dimitrievski.The second half began at the same high rhythm, with the ball going from end to end, but without any clear chances until William Carvalho put Betis in front in the 68th minute.The Betis midfielder controlled the ball just inside the Rayo area before slipping it between a defender’s legs and side-footing past Dimitrievski.Rayo had to push forward looking for an equaliser after Carvalho’s goal and began to leave spaces at the back. Carvalho saw another effort saved, while Iglesias was close to a third for his team.At the other end, Nteka was close to turning in Bebe’s driven cross but was denied by Silva’s reflex save before Bebe also drove straight at the Betis keeper as the visitors take a lead to the return leg in three weeks.