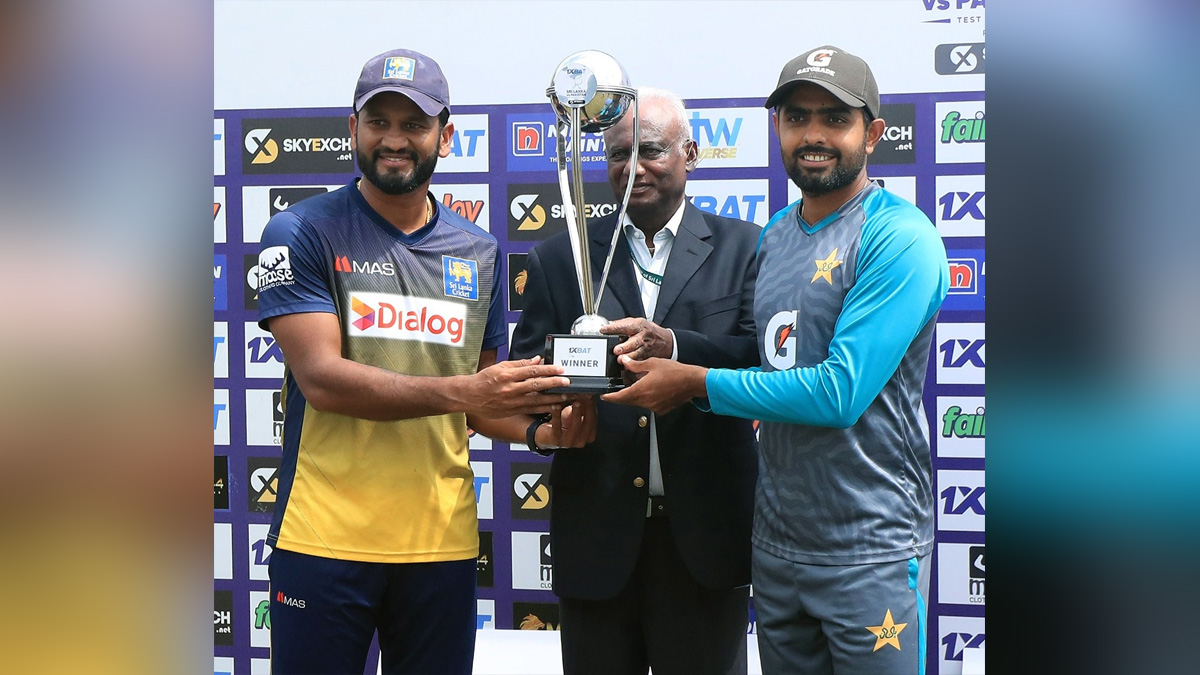 Galle : Babar Azam’s 81 went in vain as Sri Lanka registered a resounding 246-run win over Pakistan on the final day of the second Test to draw level the two-match series 1-1, at the Galle International Stadium, here on Thursday.

The architect of Sri Lanka’s crucial win was left-arm spinner Prabath Jayasuriya, who has been making waves in Test cricket since his debut earlier this month. In just six Test innings, he has accumulated 29 wickets, including four five-wicket hauls and a 10-wicket match-haul.

The wily spinner picked up 3/80 in the first innings, which included the wickets of the dangerous Babar Azam (16) and Agha Salman (62), who top-scored in the first innings. Along with Ramesh Mendis’ five-for, Sri Lanka were able to restrict Pakistan to just 231, securing a 147-run first-innings lead.

The hosts then put up a commanding batting performance led by centurion Dhananjaya de Silva (109) to set Pakistan a daunting target of 508. The visitors had put on a confident 89/1 at the end of day four.

Resuming the final day’s play with the threat of rain looming large, Pakistan had their task cut out to save the Test – given that victory was a distant possibility with 419 runs needed.After losing Imam ul Haq early in the day for 49, Babar and Mohammad Rizwan had kept the visitors steady.

The duo put on a terrific partnership of 78 runs between them and helped Pakistan see off the first hour of the day with ease.However, within a space of seven overs, the momentum swung back in the favour of the hosts.

It started with Jayasuriya bowling out Rizwan for 37, a horrible mix-up resulted in the run out of Fawad Alam (1) and Jayasuriya struck again three overs later to have Agha Salman (4) caught out at the stroke of lunch.

Things rapidly deteriorated for Pakistan after the break. Their lone fighter, captain Babar Azam became Jayasuriya’s fourth victim, falling for a gritty 81. In the next over, Ramesh Mendis removed Mohammad Nawaz for 12.

Yasir Shah tried to delay the inevitable with a quick-fire knock of 27 but Jayasuriya had other plans. Wickets eighth and ninth fell in the space of three balls. Naseem Shah put up an 18-run stand for the final wicket but it was too little and too late for the visitors as Sri Lanka romped to a 246-run victory.