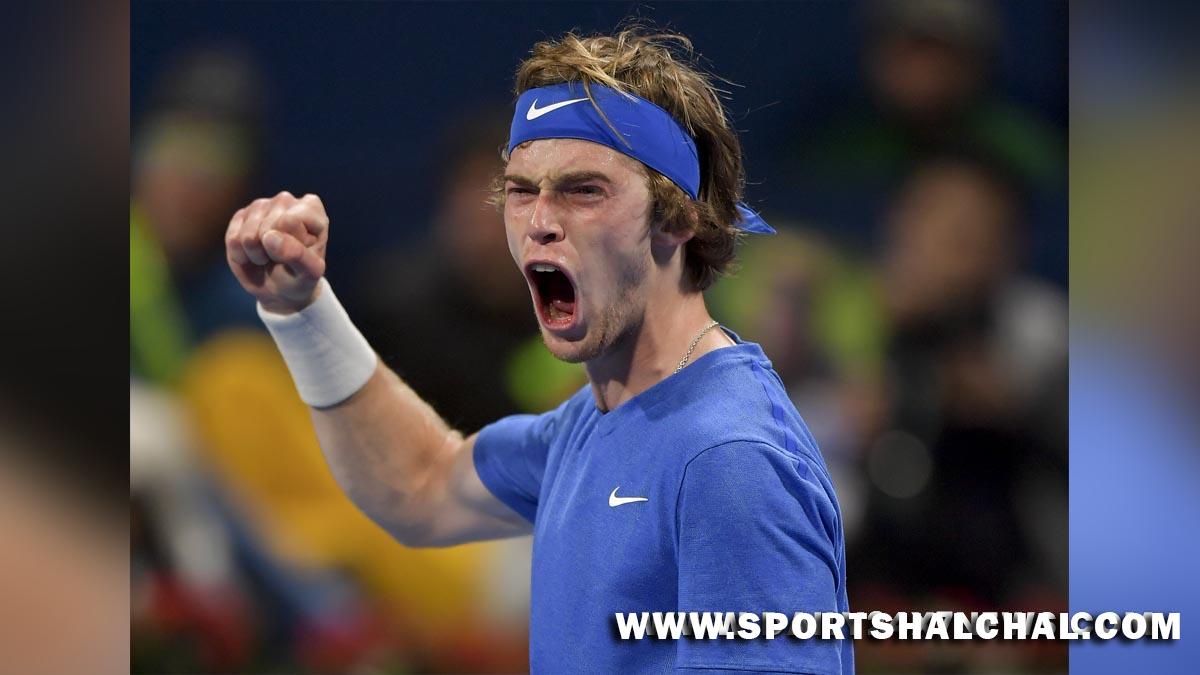 Indian Wells : Seventh seed, Andrey Rublev of Russia, made it 13 consecutive wins with a 7-5, 6-2 victory over Grigor Dimitrov of Bulgaria to secure a semfinal spot at the BNP Paribas Open on Saturday (IST).The 24-year-old Rublev secured the last-four berth at Indian Wells for the first time on the heels of a sterling season, which has seen him clinch back-to-back ATP Tour titles in Marseille and Dubai.Rublev will take on American Taylor Fritz, who is back in the final four after a hard-fought 7-6(5), 3-6, 6-1 victory over unseeded Serbian Miomir Kecmanovic.Rublev never trailed in his win over 33rd seed Dimitrov, earning a dominant victory in a battle of former junior world No. 1s.

Should Rublev go on to win the title in Indian Wells, he will tie his career-long winning streak of 15.”I played really well,” Rublev said. “Since the beginning, it was more about who would be the first one, who would start to lead the point, who would start to dictate to play more aggressive. Both of us would like to take our forehand and try to dictate, so it was just who’s going to be the first one,” Rublev was quoted as saying by atptour.com post-match.After sealing the opening set with an ace, Rublev raced to a 5-1 lead in the second set behind a decisive run in which he won seven of eight games.Both men had entered the quarterfinal without dropping a set in the tournament, and Rublev made it eight on the trot by overwhelming the Bulgarian to reach his fourth ATP Masters 1000 semifinal in the past 12 months. He is still seeking his first title at this level after reaching the final in Monte Carlo and Cincinnati in 2021.