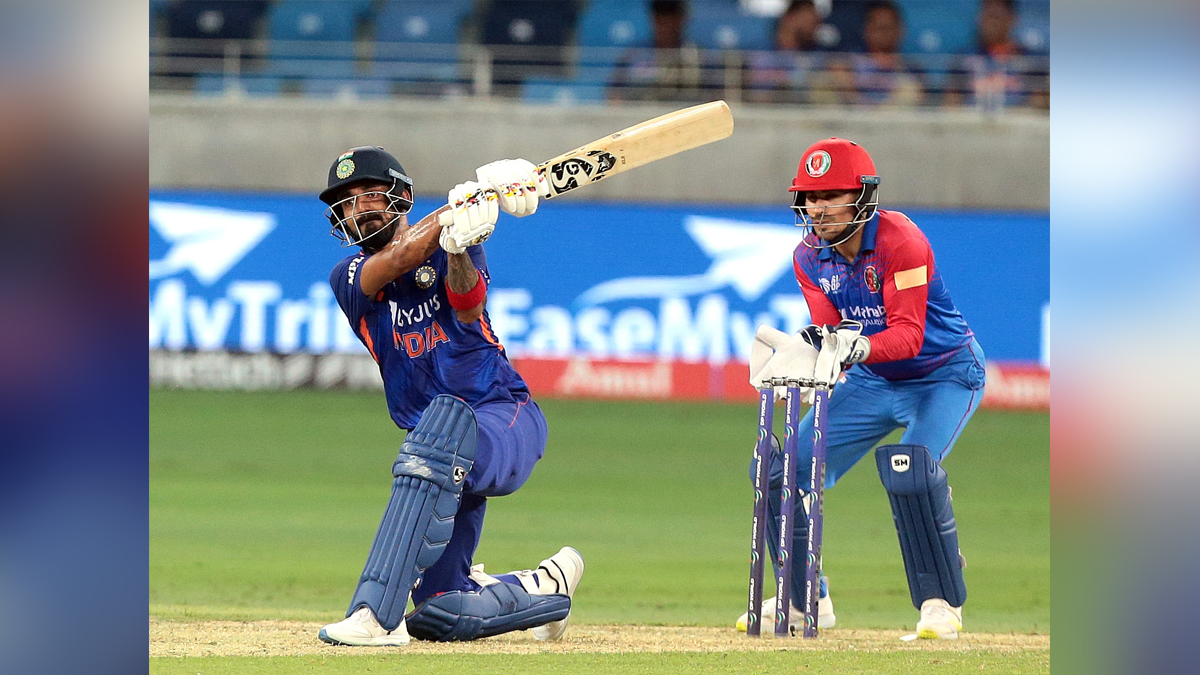 Dubai : Stand-in India captain KL Rahul expressed disappointment over missing out on playing the final of Asia Cup 2022, saying that it was something which the side had thought of featuring, which didn’t go in their favour.

Thursday’s match against Afghanistan in Dubai, which they won by 101 runs, was India’s final match of Asia Cup 2022. The defending champions had topped Group A after winning matches against Pakistan and Hong Kong.

But they lost both of their matches against Pakistan and Sri Lanka in the Super Four stage. After Pakistan got a breath-taking one-wicket win over Afghanistan at Sharjah on Wednesday, India’s chance of defending their Asia Cup title ended.

“We have been challenged and it is time to sit back and reflect. Losing is not great but sometimes you have to take it part of the journey, our vision is the World Cup and hopefully the learnings will help us for the World Cup,” said Rahul in post-match presentation ceremony.

Rahul, who made a rollicking 62 off 41 balls, laced with six fours and two sixes at a strike rate of 151.22, was at his fine best against Afghanistan after struggling to time the ball and get a big score throughout the tournament.

Asia Cup 2022 was the first time Rahul played T20Is for India in a year where he had to spend time on sidelines due to injuries and Covid-19.”Coming back after a big injury and surgery, I have realised playing the last few games it is not as easy as you think.

I was eager to come and play but obviously finding the same touch or same rhythm wasn’t coming easily as I thought it would. It is a learning for me as a player, happy I could spend some time in the middle and I started feeling good.”

“In this format when you hit the first six off the middle gives you the confidence, I think the Hong Kong game I got a free-hit and though I didn’t time it as well I could, I still hit the ball out of the ground and it felt good.

Coming into the Pakistan game I felt little better and getting few shots away gave me the confidence, I am slowly getting into rhythm,” stated Rahul.Senior pacer Bhuvneshwar Kumar, who took his career-best figures of 5/4 and blew away Afghanistan top-order, attributed his opening burst to finding swing under lights.

It’s quite unpredictable with the white ball. (Deepak) Chahar is coming off an injury, but he can also swing the ball both ways, he will need some time. It has been a good tournament, it’s good for us leading into the World Cup.”

For Mohammad Nabi, the Afghanistan skipper, admitted that his side weren’t prepared mentally to play against India. It was a day to forget for Afghanistan, who arrived into this game less than 24 hours after a one-wicket heartbreak against Pakistan in Sharjah.

They dropped catches, including of Kohli on 28, looked jaded and simply weren’t at their best.”It was really tough to play Pakistan the other night, tight game and straightaway next game is against India, totally tough.

We weren’t mentally prepared for that game. We tried our best to prepare but the boys were not ready mentally.””Today we tried our best, with the way KL Rahul and Kohli started, we dropped catches also and in the batting we didn’t expect that much swing. As a captain with the way we started the tournament was on a high morale, we didn’t finish well but we played well.”