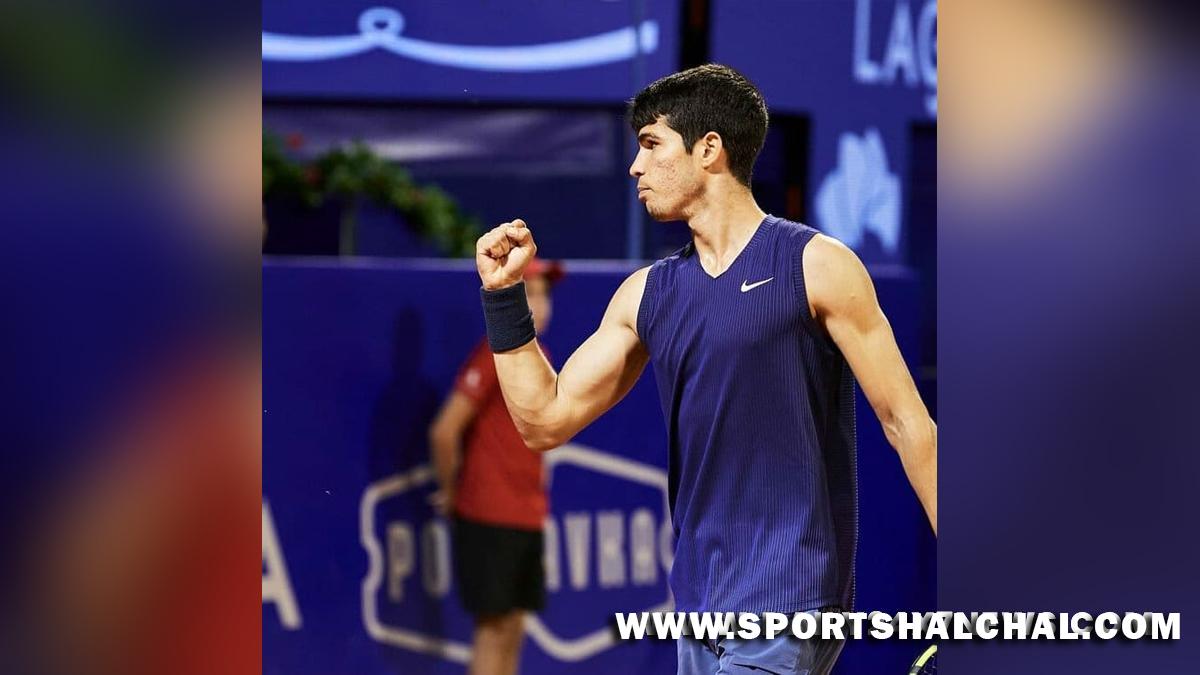 Miami : Spanish teenage tennis player Carlos Alcaraz has revealed that he was much more nervous at receiving a call from the Spanish king following his title triumph at the Miami Open than in his final against Casper Ruud of Norway. The 18-year-old Alcaraz triumphed in Miami 7-5, 6-4 on Monday (IST), becoming the first Spaniard to win the Miami Open his maiden ATP Masters 1000 title in the event’s 37-year history. Alcaraz was able to manage his nerves to overcome a slow start and win the biggest title of his career. But he could not hide those nerves when he received a surprise call from the King of Spain, Felipe VI. “It’s pretty amazing to get the call from the Spanish king. I was more nervous (for) that call than the match,” Alcaraz was quoted as saying by atptour.com. “It’s pretty amazing that the Spanish king congratulates you on the hard work that you put every day and your win. It’s something that you never thought you were going to receive, a Spanish king call. It’s amazing.” Alcaraz credited his success in Miami to coach and former player, Juan Carlos Ferrero, who helped him stay calm during the final.

“He told me that everybody knows it’s going to be my first (ATP Masters 1000) final, but try to think that this is the first match of the tournament, try to manage the nerves like I did in the semifinal, which it was my second one (at the Masters 1000 level, after Indian Wells). Try to put my game, try (not to) think about the final. Just keep going, keep strong mentally like I did in every match in this tournament. “Just enjoy the moment, enjoy the match, enjoy my first Masters 1000 final and go for it,” Alcaraz said. “Juan Carlos (is a) very important person for me. In the professional side, on the personal side, he helps me a lot in both sides. When we are together, we will talk about everything in life, everything in our sport, about football, as well. Juan Carlos, I consider him a coach and a friend as well. So I can talk to him about everything.” Their coaching relationship goes back to 2018, and the partnership has now yielded Alcaraz’s third ATP Tour title. “When I won the last point, all the times that I dreamed of this came to my mind,” Alcaraz said, describing the match-point celebration during which he collapsed to the court in Hard Rock Stadium. “When I was younger, I dreamed to get a Masters 1000 (title). When I fell onto the floor, I remembered that. All the dreams, all the hard work, all the training, all the troubles, everything came to my mind in that moment.” The Miami win earned the Spaniard a career-high ATP ranking of No. 11.