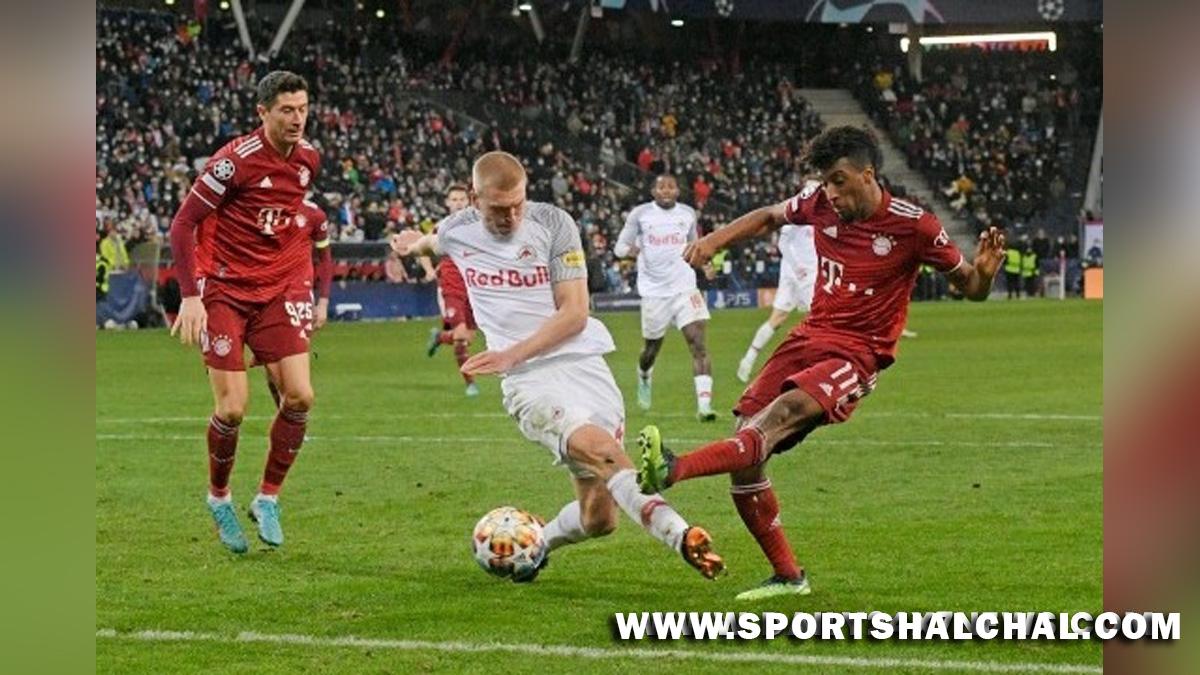 Salzburg (Austria) : The famous German resilience came to the fore as Bayern Munich fought back from a goal down to secure a 1-1 draw against Salzburg in their Champions League Round of 16, first leg match.The German giants left it late as Kingsley Coman’s last-minute tap-in cancelled out Chikwubuike Adamu’s first-half goal to deny Salzburg a famous Champions League victory in this round of 16 first leg.Salzburg’s hopes suffered an early blow when Noah Okafor limped off but they responded in perfect fashion, replacement Adamu rounding off a flowing counterattack with a well-struck finish that belied his 20 years.ven Ulreich, deputizing for the injured Manuel Neuer, did well to deny Brenden Aaronson soon after as Bayern rocked. They hung on – just about – and emerged for the second half with renewed purpose.The visitors laid siege to the home goal but they were met with a wall of white, brilliantly marshalled by shot magnet Oumar Solet. Even when the wall was breached, with 15 minutes left, Philipp Köhn pulled off a brilliant double save to deny Leroy Sané and Serge Gnabry.

At the other end, only a fine Benjamin Pavard block prevented Adamu from making it two.Salzburg were making history by merely being in the round of 16 but they so nearly marked their debut with a win for the ages, pushing one of the big title favourites all the way.The hosts played with bucketloads of passion and commitment and caused problems again and again with their quick counterattacks. Their defence performed commendably – and so nearly kept Bayern at bay, said a report on the UEFA’s official website.With this result, Bayern’s record-breaking unbeaten run away from home continues, though they came very close to losing it. Following a disappointing first half, Julian Nagelsmann’s side raised their game in the second period and scraped a late, but deserved draw the report said.The six-time winners will be in the driving seat when the two sides meet again in three weeks but Bayern need a much-improved performance to live up to their reputation as one of the tournament favourites.