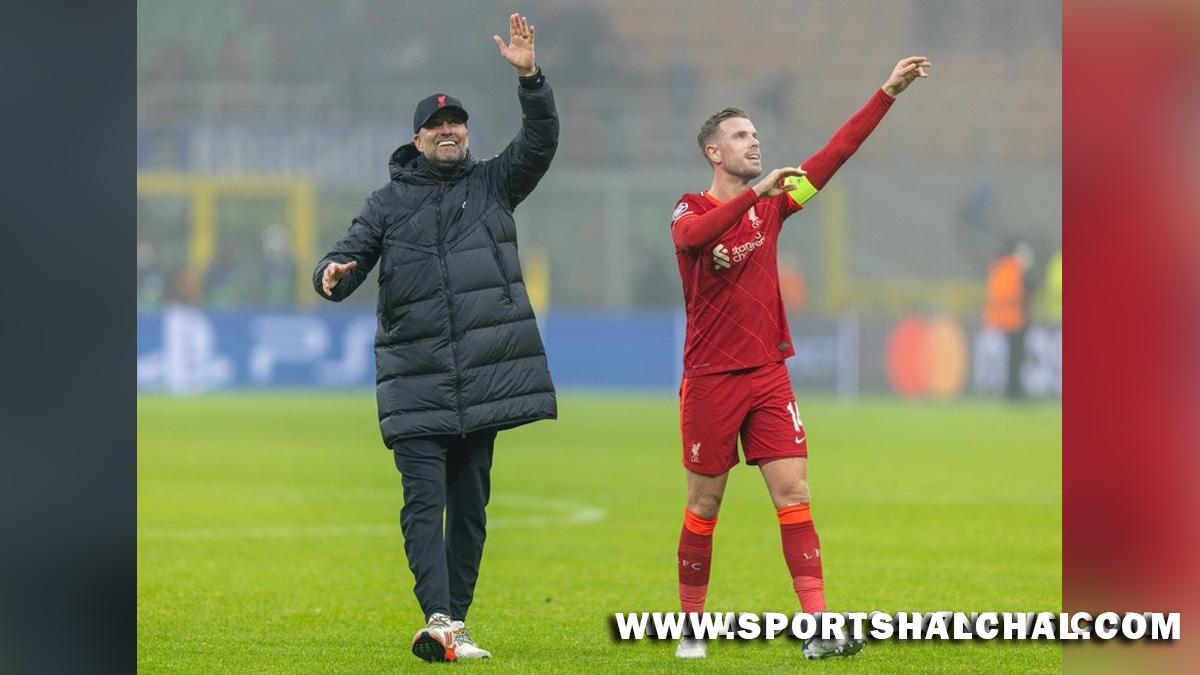 Milan : In a match between two former champions, Liverpool rode their luck for most of the match before scoring two late goals from Roberto Firmino and Mohamed Salah to subdue Inter Milan in a Champions League Round of 16 match.Firmino came off the bench in the first leg encounter at San Siro on Wednesday night and opened the scoring with a clinical header from a corner in the 75th minute.And eight minutes later, Salah netted to give the Reds a two-goal advantage when they welcome the Serie A champions to Anfield in next month’s return fixture.The two goals in the last 15 minutes of the match gave Liverpool a good cushion as they maintain their hopes of regaining the European crown.The Reds rode their luck for long periods, not least when Hakan Çalhanoglu collected Ivan Perišic’s cross and shot against the bar 16 minutes in. Çalhanoglu was instrumental for the hosts, providing excellent set-piece deliveries for both Milan Škriniar and Denzel Dumfries to go close with their heads.
Sadio Mané’s first-half header was the closest Liverpool had come when Jürgen Klopp, his team on the back foot, made a triple change just before the hour. Edin Džeko then had an effort ruled out for offside but the momentum soon began to shift, Firmino’s delightful header from Andy Robertson’s corner tipping the scales entirely.
Salah rubber-stamped a vintage away performance when he finished inside a crowded penalty area with just seven minutes left.Juergen Klopp made four changes to the starting line-up that beat Burnley on the weekend.

Ibrahima Konate, Thiago Alcantara and Diogo Jota came into the XI, while Harvey Elliott, at 18 years and 318 days, became the youngest player ever to make his debut for Liverpool in Champions League knockouts.There were openings at both ends of the pitch during an entertaining opening 45 minutes.Lautaro Martinez and Thiago both went close with efforts from the edge of the box early on, before they had some clear-cut chances.Sadio Mane headed fractionally over from inside the penalty area after rising highest to meet Andy Robertson’s free-kick. Then, Hakan Calhanoglu pounced to receive an Ivan Perisic cross from the left, striking the crossbar from a tight angle and watching the rebound bounce clear.There was nearly a golden opportunity for either side following counter-attacks, though they were thwarted by vital interceptions from Calhanoglu and Konate, according to a report on Liverpool’s official website.And the final chance of the first half went to the hosts as Milan Skriniar headed fractionally wide from an out-swinging corner.A change for the Reds at the break saw Firmino replace Jota, the report said.The hosts again came close to breaking the deadlock early in the second period.

Perisic’s delivery following Denzel Dumfries’ switch was just out of the reach of Martinez in the six-yard box.Under heavy pressure, Liverpool then opted for a triple change, bringing on Luis Diaz, Naby Keita, Jordan Henderson in place of Mane, Elliott and Fabinho.Diaz, on his European debut for the club, nearly scored within minutes of his introduction but saw a close-range shot stopped by a last-ditch block from Skriniar.But things turned in favour of Liverpool soon after as they scored their opener from the next attack.Robertson fired an in-swinging corner into the box snd Firmino glanced a fine header into the far corner of the goal.Liverpool sealed their victory with another goal eight minutes later. Alexander-Arnold pumped a free kick into the area that was nodded down by Virgil van Dijk. In a position to latch on to the loose ball, Salah hit a first-time strike towards goal that took a slight deflection off an Inter player en route to the back of the net.The goal meant Liverpool will be a lot more comfortable when they meet their rivals again for the second leg a few weeks.