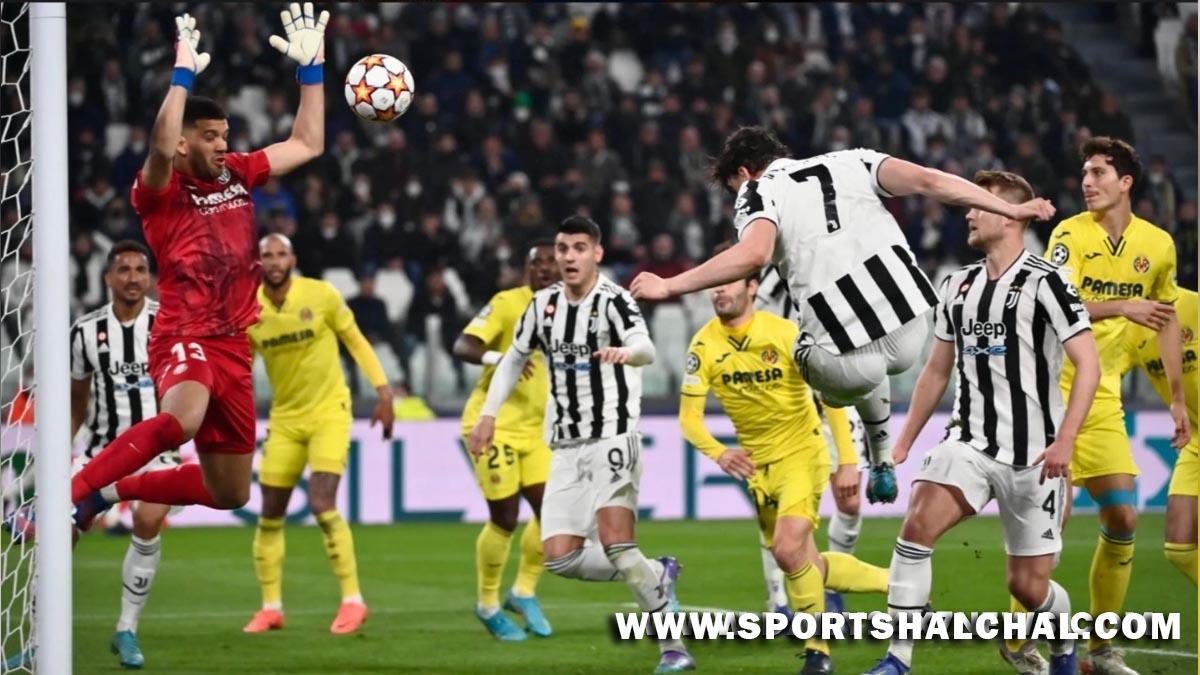 Turin : Spanish club Villarreal rode on some help from the woodwork and a brilliant performance by their goalkeeper Gerónimo Rulli to stun former winner Juventus 3-0 and march into the Champions League quarter-finals for only the third time ever.In a match played on Wednesday night, Villarreal were forced to sit deep for extended periods before unleashing a stunning three-goal counter-punch in the closing 12 minutes at the Juventus Stadium here.The match ended up looking like the perfect European away performance from Unai Emery’s men, but they needed Rulli to lay the foundation in the first half. The visiting goalkeeper denied Álvaro Morata and Dušan Vlahovic with fine saves inside the opening 20 minutes and was then grateful to see the latter’s cute shot come off the crossbar.Rulli and Vlahovic were at it again before the interval, a point-blank stop on this occasion keeping the scores level, according to a report on UEFA’s official website.

The tide turned in the blink of an eye, Gerard Moreno setting Villarreal on their way when he converted a nervy penalty. Pau Torres then turned in from a corner to put Villarreal’s progress beyond doubt, leaving Arnaut Danjuma to add gloss with a spot-kick of his own in added time.Both teams could be forgiven for wondering just how it all came to pass as the script was not supposed to turn this way. Juventus dominated possession and had several good chances but in the end, they were denied a chance to progress to the last-eight stage.To many experts, the 3-0 defeat would look a bit harsh on Juventus, especially considering the Bianconeri were arguably the better team for more than 75 minutes and had plenty of chances to take the lead. Villarreal, however, were rewarded for a rock-solid defence that stood firm even when forced deep for extended periods.

All England Open Championships: PV Sindhu and Saina Nehwal advance to second round