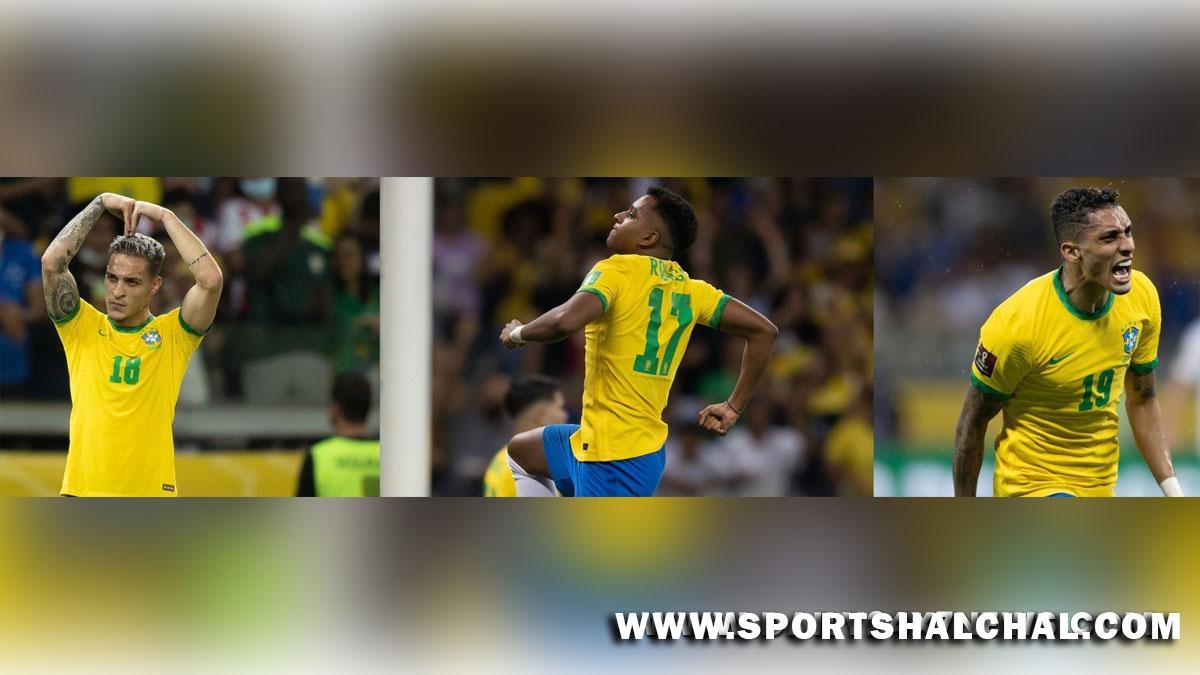 Belo Horizonte : Philippe Coutinho struck a superb second-half goal as Brazil overcame Paraguay 4-0 in their World Cup qualifier here on Wednesday.Leeds United midfielder Raphinha gave the hosts an ideal start by cutting inside his marker before beating goalkeeper Antony Silva at his near post with a low left-footed finish.Aston Villa loanee Coutinho then provided the highlight of the match when he ran onto a Marquinhos pass before rifling an unstoppable 30-yard drive past Silva just after the hour mark.

The hosts continued to dominate and went further ahead in the 86th minute through Ajax forward Antony, who from a standing start curled a sublime effort into the far corner, Xinhua reports. Real Madrid forward Rodrygo completed the rout two minutes later by finishing a move he started with an easy tap in after a Bruno Guimaraes cross.The result means Brazil maintain their four-point lead over second-played Argentina in the 10-team South American group. Paraguay dropped to ninth and can now no longer qualify for football’s showpiece tournament in Qatar later this year.