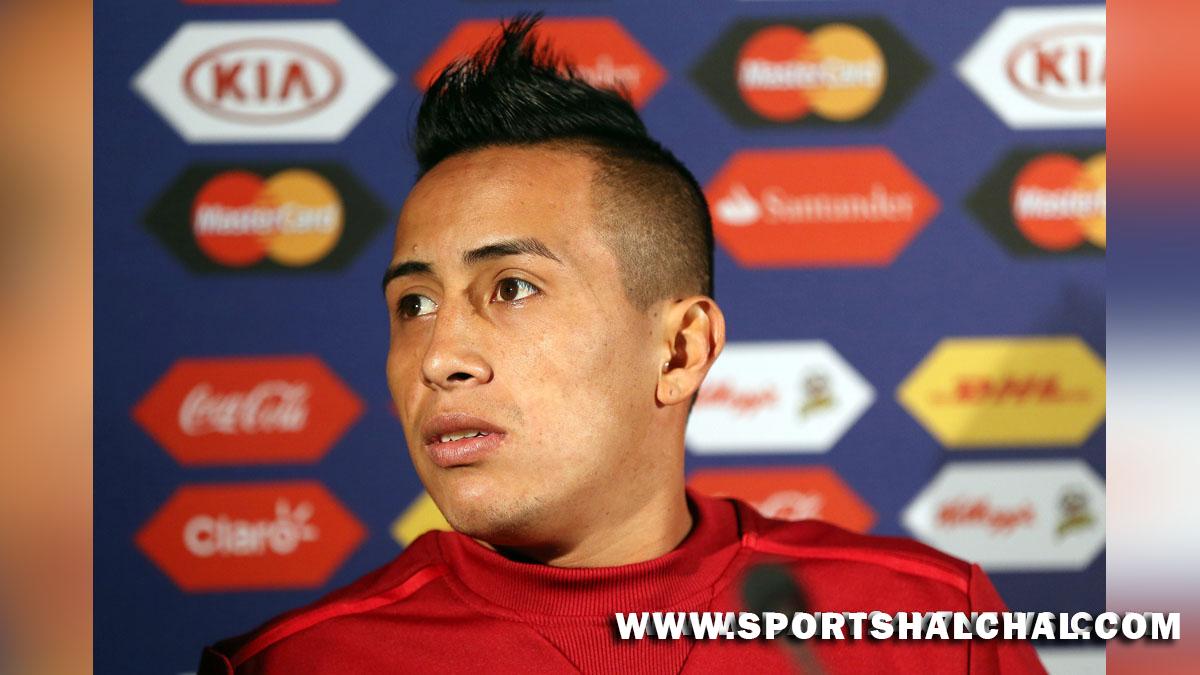 Lima : Al-Fateh midfielder Christian Cueva has returned to Peru’s squad for the decisive World Cup qualifiers against Uruguay and Paraguay, head coach Ricardo Gareca has said.Cueva, who missed Peru’s last qualifier against Ecuador due to suspension, headlines a 29-man squad that also includes Boca Juniors defender Carlos Zambrano, Sporting Cristal star Yoshimar Yotun and Orlando City goalkeeper Pedro Gallese.But there was no place for veteran forwards Jefferson Farfan and Paolo Guerrero, both of whom are struggling to overcome long-term knee problems, Xinhua reported on Saturday. Peru will play Uruguay in Montevideo on March 24 and Paraguay in Lima five days later in their final appearances of the South American qualifying tournament.The Blanquirroja are currently fifth in the 10-team standings with 21 points from 16 matches.

The top four teams will automatically qualify for football’s showpiece event, to be played in Qatar from November 21 to December 18. The fifth-ranked side will advance to an intercontinental playoff.Meanwhile, Paraguay boss Guillermo Barros Schelotto called up uncapped midfielder Matias Galarza for World Cup qualifiers against Ecuador and Peru. Galarza has been in impressive form for Brazil’s Vasco da Gama, whom he joined last year from Olimpia.The 20-year-old has previously represented his country at under-15 and under-17 levels.As expected, Barros Schelotto also named twin brothers Oscar and Angel Romero, Roberto Fernandez, Andres Cubas, Sebastian Ferreira, and Blas Riveros in a squad of 19 foreign-based players.Paraguay will meet Ecuador in Asuncion on March 24 and Peru in Lima five days later.Barros Schelotto’s men are currently ninth in the 10-team South American zone standings and are out of contention for a World Cup spot in Qatar later this year.