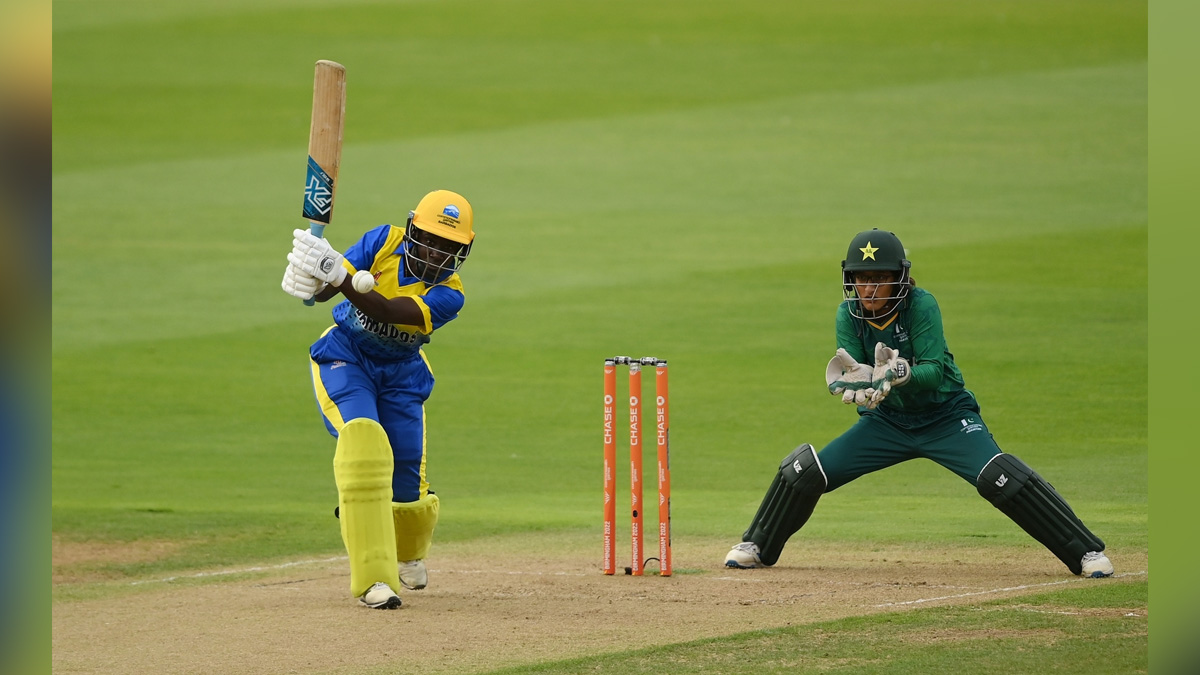 Birmingham : Captain Hayley Matthews and Kycia Knight slammed half-centuries as Barbados made a winning start to their women’s T20 campaign in 2022 Commonwealth Games, defeating Pakistan by 15 runs at Edgbaston.

Pushed into batting first, Kycia remained unbeaten with 62 off 56 balls, hitting nine boundaries while Hayley scored 51 off 50 balls, laced with four fours and a six, to take Barbados to 144/4 in 20 overs.

In reply, all-rounder Nida Dar scored an unbeaten half-century off 31 balls, but it was not enough for Pakistan to keep up with the asking rate, ending at 129/6 eventually.

Explosive batter Deandra Dottin got Barbados off to a positive start on their international debut with two boundaries in the first over but her stay at the crease lasted all of five balls, with pacer Diana Baig taking the crucial scalp.

Though Barbados went at just over run-a-ball in the powerplay, Kycia and Hayley steadied the ship for them. The pair found boundaries at regular intervals and managed to rotate strike consistently to keep the scoreboard ticking.

Together, they added 107 runs off 98 balls for the second wicket while also notching up half-centuries of their own. Once Hayley fell, Kycia took the attack to Pakistan in the final few overs and remained unbeaten in the end as Barbados fetched 38 runs in last five overs.

In reply, Pakistan were put immediately on the back foot by losing two wickets inside the first six overs, including that of Iram Javed off the very first ball of the innings. They went into a shell and found it difficult to keep up with the required rate.

Wickets falling at regular intervals didn’t help them either and by the time their skipper Bismah Maroof was run-out, the asking rate was hovering around 11. Nida showed great intent as soon as she walked out to bat.

She accumulated 20 runs off Shamilia Connell’s last over, which included three fours and a six.However, she did not find much support at the other end as Aliya Riaz made 14 off 24 balls while young hitter Ayesha Naseem was out for seven.