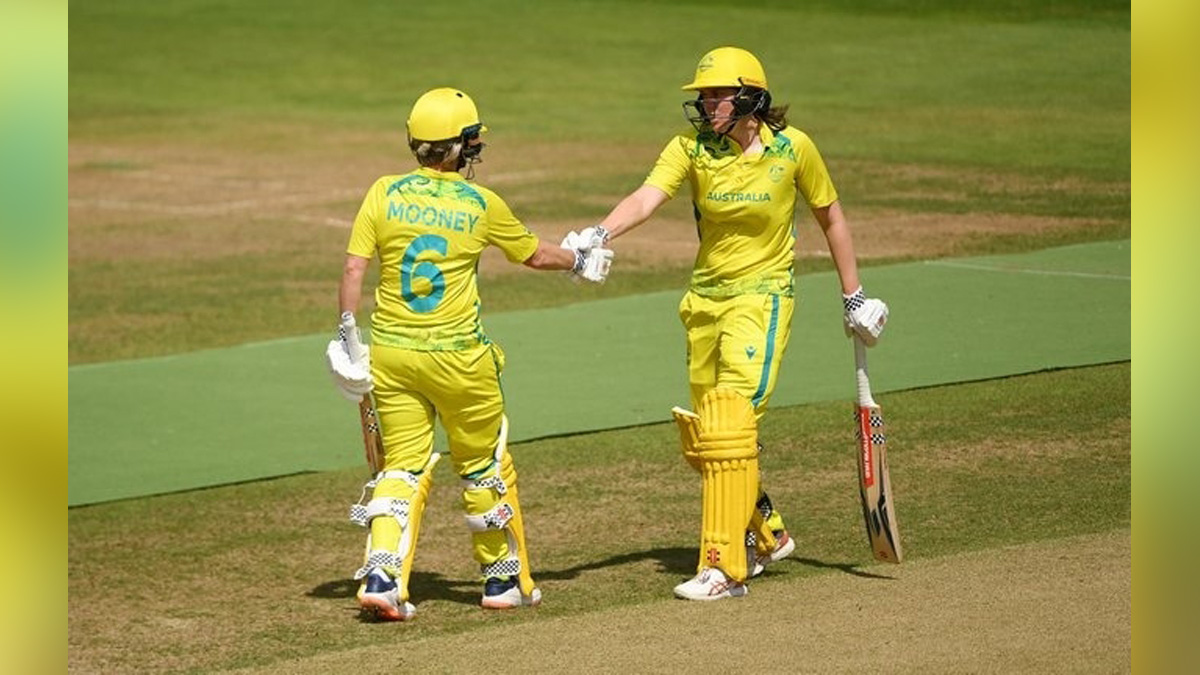 Birmingham : An unbeaten 141-run partnership between Beth Mooney and Tahlia McGrath helped Australia Women beat Pakistan by 44 runs in their group A match and remain unbeaten at the 2022 Commonwealth Games, here on Wednesday.

A promising start with the ball turned into a nightmare for Pakistan as Australia established their supremacy and registered their third consecutive win in the tournament. Before Pakistan, the Meg Lanning-led side had beaten Barbados and India in their first two matches.

Having opted to bat first, Australia lost Alyssa Healy and Meg Lanning in the Powerplay, and ambled along to 22/2 at the end of the six-over mark. If Pakistan thought they could tighten the screws from there, Tahlia McGrath and Beth Mooney quickly shut down such thoughts.

The duo put on 36 runs in the four overs after the Powerplay, scoring at least one boundary off each over. Aiman Anwer bowled a couple of tight overs, but the duo held on to target the opposition bowlers.

McGrath completed her half-century, and was shortly followed by Mooney, which also marked the century stand between the two. In the death overs, Pakistan had no answers as Australia plundered 58 runs in the final four overs.

McGrath remained unbeaten on 78 off 51 balls, her third T20I half-century in six innings, while Mooney made 70 not out off 49 as Australia scored 160-2 in 20 overs.In reply, Pakistan started off shakily, losing two wickets in the first two overs.

Bismah Maroof and Omaima Sohail tried to resurrect the innings with a promising partnership, but it didn’t last long.Sohail was cleaned up by Alana King and Aliya Riaz was dismissed soon after, running herself out after a misjudged second run.

Maroof held the innings together for a while, but once she was dismissed by McGrath getting to the three-figure mark itself appeared challenging for Pakistan.

Tahlia McGrath added a third wicket to her tally to complete a brilliant all-round showing as Australia restricted Pakistan to 116-8 in 20 overs and sealed an emphatic win.
Brief scores: Australia 160/2 (McGrath 78 not out, Mooney 70 not out) beat Pakistan 116 for 8 (Sana 35 not out, McGrath 3-13) by 44 runs