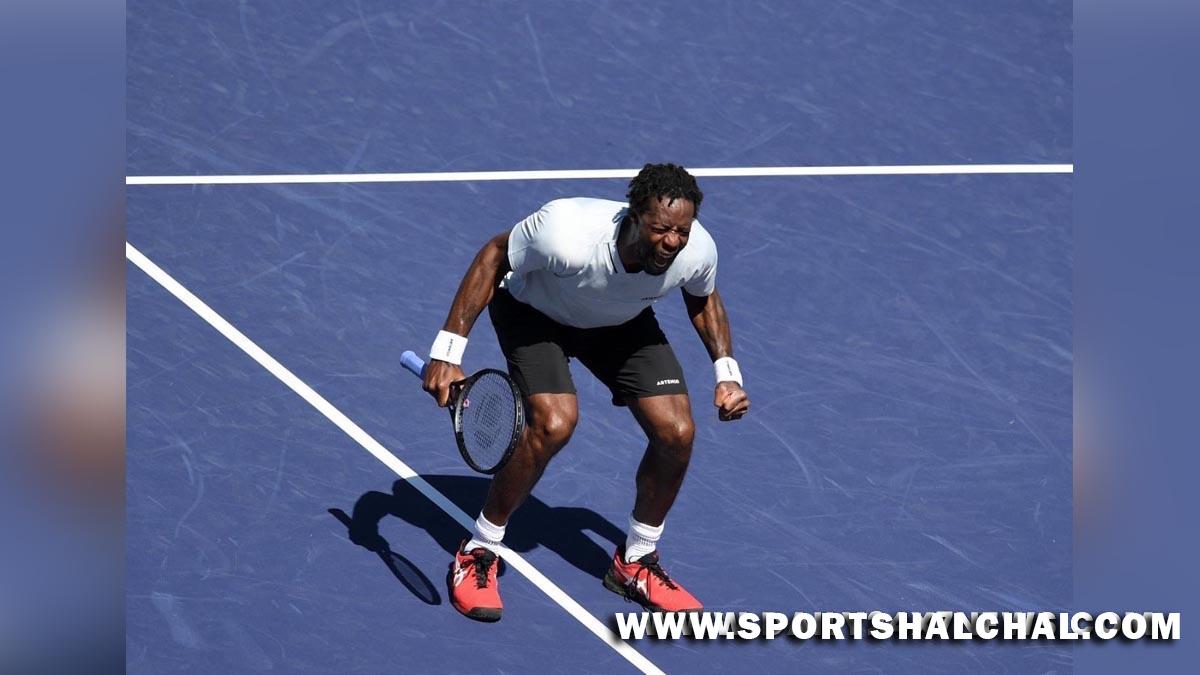 Indian Wells : French tennis stalwart Gael Monfils earned a second career victory over a reigning world No. 1 when he recaptured the form that saw him reach the Australian Open quarterfinals to knock out Daniil Medvedev of Russia and enter the Round of 16 at the BNP Paribas Open here on Tuesday (IST).The setback for the 26-year-old Medvedev will see him hand the top spot on the ATP back to Serbia’s Novak Djokovic when the latest rankings are released next Monday.The 35-year-old Monfils’ 4-6, 6-3, 6-1 victory has now pitted the Frenchman against Carlos Alcaraz of Spain in the pre-quarterfinals.”I played great tennis. I knew I was in great shape and tough to beat. It’s always special to beat a world No. 1,” said Monfils to atptour.com.”I moved great. I was striking the ball very good and I’m full of confidence, so I’ll try to keep the flow,” added Monfils.Medvedev, on the other hand, rued the inability to find top form in Indian Wells, where has yet to progress beyond the Round of 16 in five visits.”I always say, when I play my best tennis, my good tennis, it’s really tough to beat me,” said Medvedev. “But that’s the toughest part of tennis, to reproduce it time after time. That’s where the ‘Big Three’ (Rafael Nadal, Roger Federer and Novak Djokovic) are just unreal because no matter which conditions, no matter which surface, they are always winning tournaments a lot of the time or winning some crazy matches. I’m going to need to try to do better.”

It’s a second career victory over a current world No. 1 for Monfils, his first coming against Rafael Nadal in 2009 in Doha. He’ll now turn his attention to 19th seed Alcaraz who thrashed compatriot Roberto Bautista Agut, 6-2, 6-0.Spain’s Rafael Nadal, after surviving a scare against Sebastian Korda of the US in his opening match at Indian Wells, earned an easy win over 27th seed Daniel Evans of the UK. The Spaniard advanced to the Round of 16 with a 7-5, 6-3 victory, extending his career-best start to an ATP Tour season to 17-0 and earning his 400th career ATP Masters 1000 victory.”I didn’t know at all about that, but good numbers, of course,” he said when told he hit the 400-wins mark.With Medvedev falling to Monfils and Germany’s Alexander Zverev being upset by Tommy Paul, the fourth-seeded Nadal is the highest-ranked player remaining in the draw. The three-time Indian Wells champion will next face 17th seed Reilly Opelka of the US, who battled past Denis Shapovalov of Canada, 6-7(4), 6-4, 6-4.Jenson Brooksby of the US claimed his first top-5 victory, winning a gruelling 1-6, 6-3, 6-2 battle with Greece’s Stefanos Tsitsipas to charge into the fourth round.”I felt really good going into the match. I was hitting well, I thought I prepared well. I just got a little tight, I think. A little bit in my own head. It’s only a percentage of the time. It’s the whole match,” Brooksby said after his win over the No.5-seeded Tsitsipas.