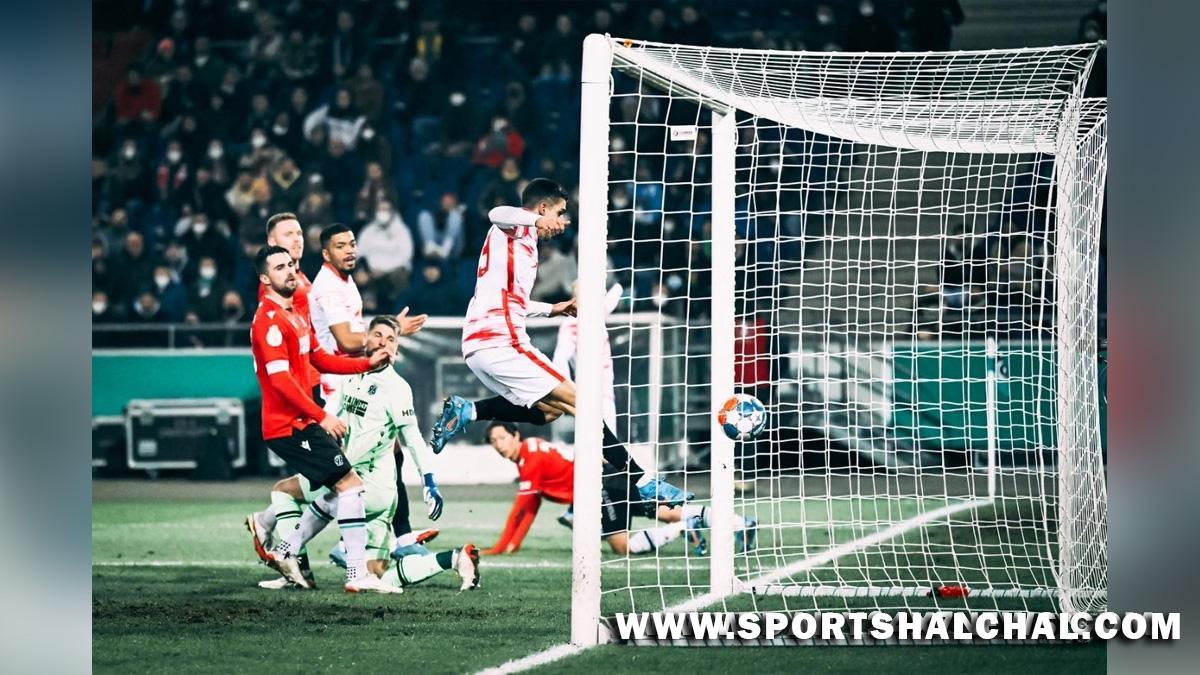 Berlin : RB Leipzig showed no mercy to second division Hannover after a 4-0 victory courtesy of Christopher Nkunku’s first-half brace in the German Cup quarter-finals. Leipzig needed time to gain a foothold into the clash as Hannover’s well-positioned defence gave the Bulls a hard time in the opening stages.Hannover then tried to push forward and were immediately punished by clinical Leipzig, as Dani Olmo’s through-ball found Nkunku, who finished the job from inside the box to open the scoring with 17 minutes gone on Wednesday night.The visitors gained momentum and made it 2-0 just minutes later as Nkunku rounded goalkeeper Ron-Robert Zieler and tapped home into an empty net after benefitting from Josko Gvardiol’s good build-up work.Leipzig dictated proceedings on the pitch and should have established a bigger advantage, but Zieler defused Gvardiol’s shot from close range at the half-hour mark, while Benjamin Henrichs hit the side netting just before half-time.After the restart, Leipzig retreated with its two-goal lead and handed over control to Hannover, who couldn’t do any damage.

Leipzig eventually took over again as the match progressed and tripled the lead with 67 minutes gone when Konrad Laimer exchanged passes with Andre Silva before drilling the ball past Zieler from a tight angle.Hannover’s resistance was broken but Leipzig wasn’t done with the scoring and made it 4-0 six minutes later as Silva also got his name on the scoreboard, reports Xinhua.Elsewhere, Freiburg advanced into the next round after overpowering resilient Bochum 2-1 after an extra-time decider from Roland Sallai.Second division Hamburg rallied back from two goals down and edged Karlsruher SC 3-2 in a penalty shootout after a 2-2 draw in regular time.
Last Friday, Union Berlin bounced back to see off second division St. Pauli, as Sheraldo Becker and Andreas Voglsammer were on target to book a berth in the semi-finals.