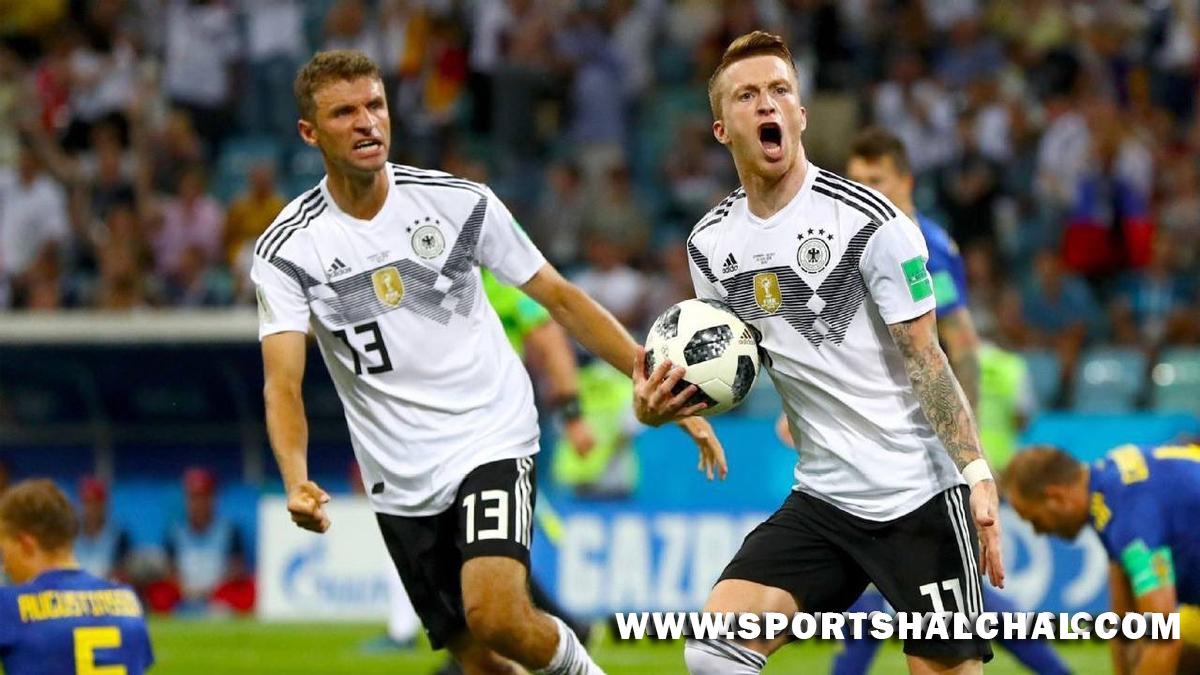 Berlin : Germany coach Hansi Flick keeps his perfect record of eight wins in as many games after seeing off Israel 2-0 in the first international friendly of 2022.The Germans assumed control from the kickoff and dominated possession against the defensively-orientated visitors from Israel on Saturday night.However, Germany needed 29 minutes to create the first clear-cut opportunity as Kai Havertz benefitted from Julian Draxler’s lay-up to test Israel goalkeeper Ofir Marciano from inside the box.Havertz posed a lot of threat and should have broken the deadlock in the 36th minute but Marciano was equal to the striker’s promising shot from a tight angle.

The Chelsea striker eventually opened the scoring for Germany moments later as David Raum’s corner found Havertz, who nodded home at the near post, reports Xinhua.Germany gained momentum and doubled the advantage in the closing stages of the first half after Timo Werner latched onto Ilkay Gundogan’s low free-kick to beat Marciano from very close range. After the restart, Werner thought he had made it three, but his goal was ruled offside by the referee in the 50th minute.

Germany controlled the proceedings but couldn’t triple their lead as Marciano was on guard twice to deny dangerous efforts from Thilo Kehrer and Draxler and Thomas Muller failed to convert a foul-play penalty after hitting only the right post in the 89th minute.Israel got a late penalty awarded as well but Germany custodian Kevin Trapp ensured a clean sheet after defusing Yonatan Cohen’s attempt from the spot in the dying seconds of the match.”I would have been mad if we had to swallow a late goal but Kevin Trapp thankfully defused Israel’s late penalty. I think we played very well until the closing phase, but we must stay focussed and learn from all games,” Flick said.Germany will travel to the Netherlands for another friendly with the “Elftal” at the Johan Cruijff Arena in Amsterdam on Tuesday.