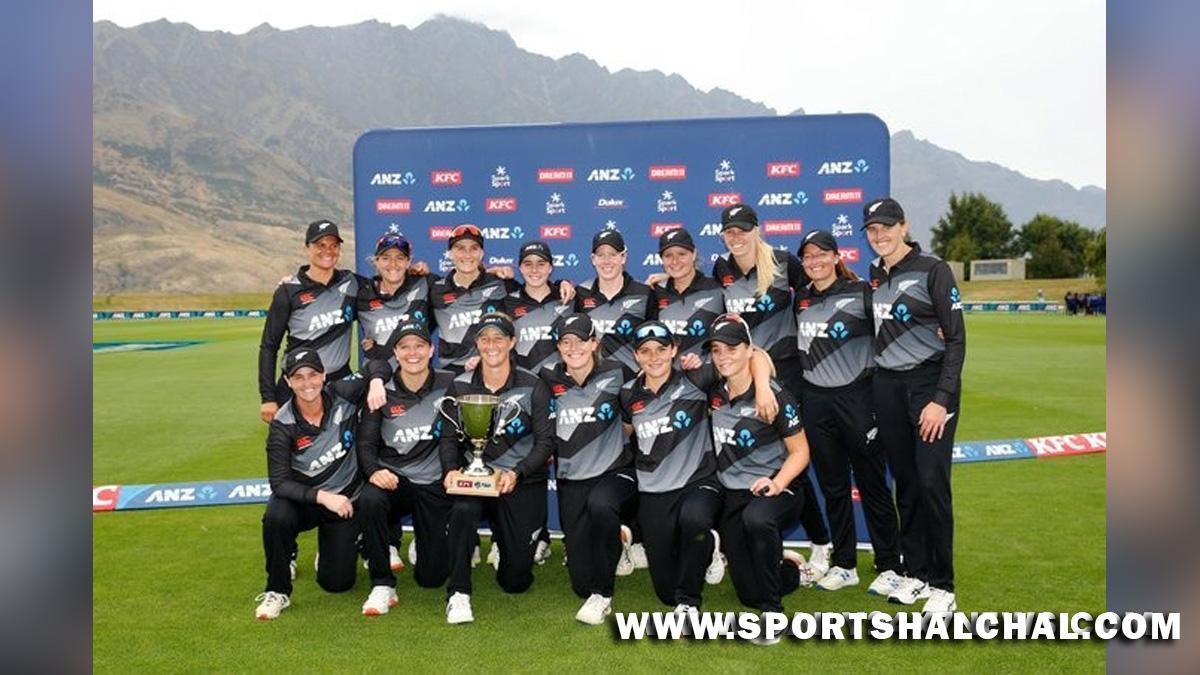 Queenstown : Fine batting performance from New Zealand Women’s top-order batters Suzie Bates (36) and Sophie Devine (31) helped the hosts defeat the Harmanpreet Kaur-led India by 18 runs in the one-off T20 International at the John Davies Oval here on Wednesday.Bates and Devine put on 60 for the opening wicket, scoring better than a run a ball, as New Zealand posted an impressive 155/5 in their allotted 20 overs.Jess Kerr (2/20), Amelia Kerr (2/25) and Hayley Jensen (2/25) then picked up two wickets each in a strong team effort with the ball as the tourists fell well short of the required target as they staggered to 137/8 in reply.Simran Bahadur (0/26) dropped Bates in the second over of the New Zealand innings and the Kiwi opener made her pay as she found the boundary with ease to help the hosts make a fast start.Devine fell for a well-compiled 31 in the eighth over and, when Bates was bowled by Rajeshwari Gayakwad (1/39) shortly after, the home side was reduced 80/2 in the 12th over.

Some late hitting from experienced all-rounder Lea Tahuhu (27 off 14 balls) helped New Zealand to a big score, with Pooja Vastrakar’s economical bowling of 1/16 from four overs the only Indian bowler that could stop the Kiwis from scoring at will.India openers Yastika Bhatia (26) and Shafali Verma (13) made a strong start in reply to cruise to 41/0 in the seventh over, but the duo fell to Amelia Kerr in the space of just three balls to put the hosts firmly in control.Skipper Harmanpreet Kaur (12) and impressive middle-order batter Sabbhineni Meghana (37 from 30 balls) tried hard to keep the visitors in it, but the disciplined home side held their nerve to clinch the victory in style.The two teams will now focus their attention to a five-match ODI series that starts at the same ground on February 12, ahead of next month’s Women’s Cricket World Cup in New Zealand.
Brief scores: New Zealand Women 155/5 in 20 overs (Suzie Bates 36, Sophie Devine 31; Pooja Vastrakar 2/16, Deepti Sharma 2/26) beat India Women 137/8 in 20 overs (Sabbhineni Meghana 37; Jess Kerr 2/20, Amelia Kerr 2/25, Hayley Jensen 2/25) by 18 runs.

Smriti, Meghna and Renuka are still in Managed Isolation and Quarantine: Yastika Bhatia