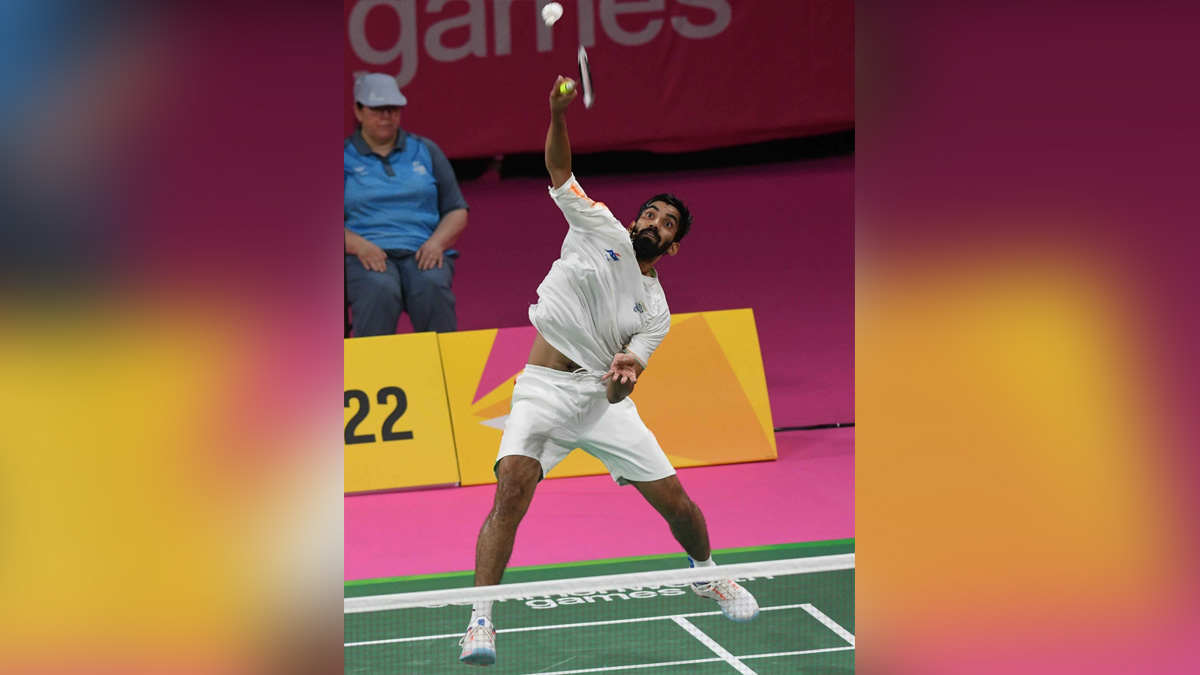 Birmingham : PV Sindhu was the only one to win her match while former world No. 1 Kidambi Srikanth suffered defeat as India went down to Malaysia 1-3 in the final of the mixed team competition to settle for silver in the 2022 Commonwealth Games here.

The Indian contingent had reached Birmingham as defending champions in three categories but has been able to retain the gold medal in only one. The Indian women’s table tennis team had earlier failed to defend its title as it went down to Malaysia in the quarterfinals, leaving the Men’s TT team as the only side to retain the gold medal it had won at Gold Coast in 2018.

Ironically, India had defeated Malaysia by a 3-1 margin four years ago.This time, the Malaysians pulled the plug on their more renowned opponents, who were definitely the better team on paper.

There was more revenge of sorts on the day as Singapore defeated hosts England to win the bronze medal, avenging their defeat at the same stage four years back.

In the 2018 final, the Indian team defeated Malaysia 3-1. On Tuesday, it suffered defeat by the same margin with Sindhu beating Jin Wai Goh in the women’s singles after Satwaksairaj Rankireddy and Chirag Shetty had lost to Teng Gang Aaron Chia and Wooi Yik Son 21-18, 21-15.

Sindhu levelled the score by beating Jin Wei Goh 22-20, 21-17 in the women’s singles, quelling the challenge put up by the Malaysians. The first game was tight as the Malaysian put up a good fight but in the second, Sindhu was in total control to emerge victorious.

The biggest disappointment for India, which virtually sealed its fate, was the defeat Kidambi Srikanth suffered at the hands of Ng Tze Yong, ranked 44th in the world as compared to Srikanth’s 13th.

The Indians opted for Srikanth instead of the higher-ranked Lakshya Sen, thinking that the veteran’s experience would help him get the better of the Malaysian opponent.

With Malaysia 2-1 up, India’s hopes depended on the young doubles pair of Treesa Jolly and Gayatri Gopichand who lost to the experienced Malaysian pair of Koong Le Pearly Tan and Thinaan Muralitharan 21-18, 2-17 to end the country’s hopes of winning gold.

The Indian team’s Danish doubles coach Mathias Boe felt his team made a number of mistakes at crucial junctures while the Malaysians were the better side on the day.

“They executed their plans better while my players made mistakes at crucial junctures… The men’s doubles match was a 50-50 one and we had to win that.

“We were expecting Sindhu and Srikanth to win their respective matches. But that did not happen. Srikanth lost unexpectedly. I would not blame Treesa and Gayatri as they tried their best, I am happy with them, they will become better as they gain experience,” he said.

Boe said he expected his players will analyse their game and learn from the mistakes they made to come back strongly in the individual competitions to win more medals.

The individual competitions will have both PV Sindhu and Kidambi Srikanth as among the favourites for the title, and though Sindhu looked in fine touch on Tuesday, Srikanth will have to pull up his socks in order to retain the silver medal he had won four years ago.

Srikanth came into the tournament without playing matches in recent competitions and will have to recharge his batteries soon so as to help India to a gold medal in men’s singles.