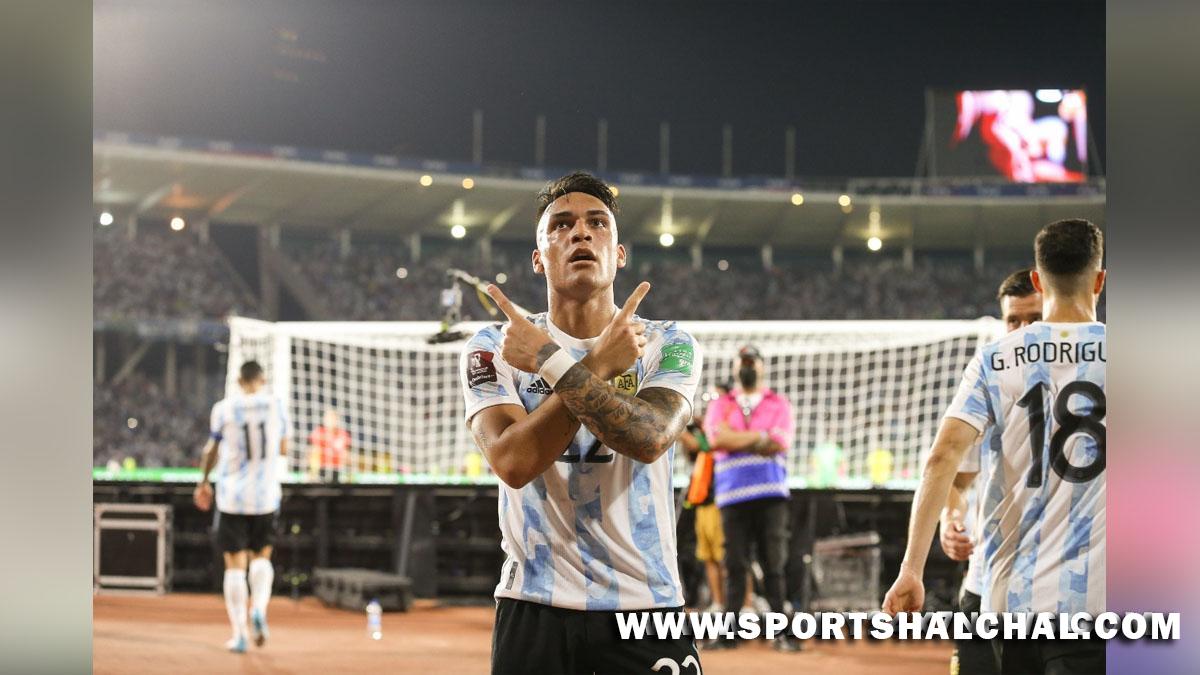 Cordoba (Argentina) : Lautaro Martinez scored a first-half goal as Argentina left Colombia’s 2022 World Cup qualification hopes in tatters with a 1-0 home win on Wednesday.Colombia are now in a dire situation as they sit seventh in the CONMEBOL World Cup qualifying table. They are three points adrift of fifth place, which will help the team with a spot in an intercontinental playoff to be held in June.Colombia are now on a 646-minute goalless streak that has virtually shut the door on their chances of making it to the 2022 World Cup in Qatar.It was another lacklustre performance from Colombia, and while they improved slightly in the second half, the Cafeteros had just one realistic chances of scoring late into the second half which Emiliano Martinez fluffed.

Lautaro Martinez struck in the 29th minute when he deftly controlled a Marcos Acuna cross before slotting a low finish past goalkeeper Camilo Vargas.Argentina defended doggedly thereafter as Colombia lacked speed in the midfield and a cutting edge in attack. Argentina are second in the 10-team South American group and already guaranteed a place at this year’s World Cup.The Cafeteros need to win their remaining two qualifiers against Bolivia and Venezuela and hope that other results go their way to have any chance of securing a spot in the tournament.