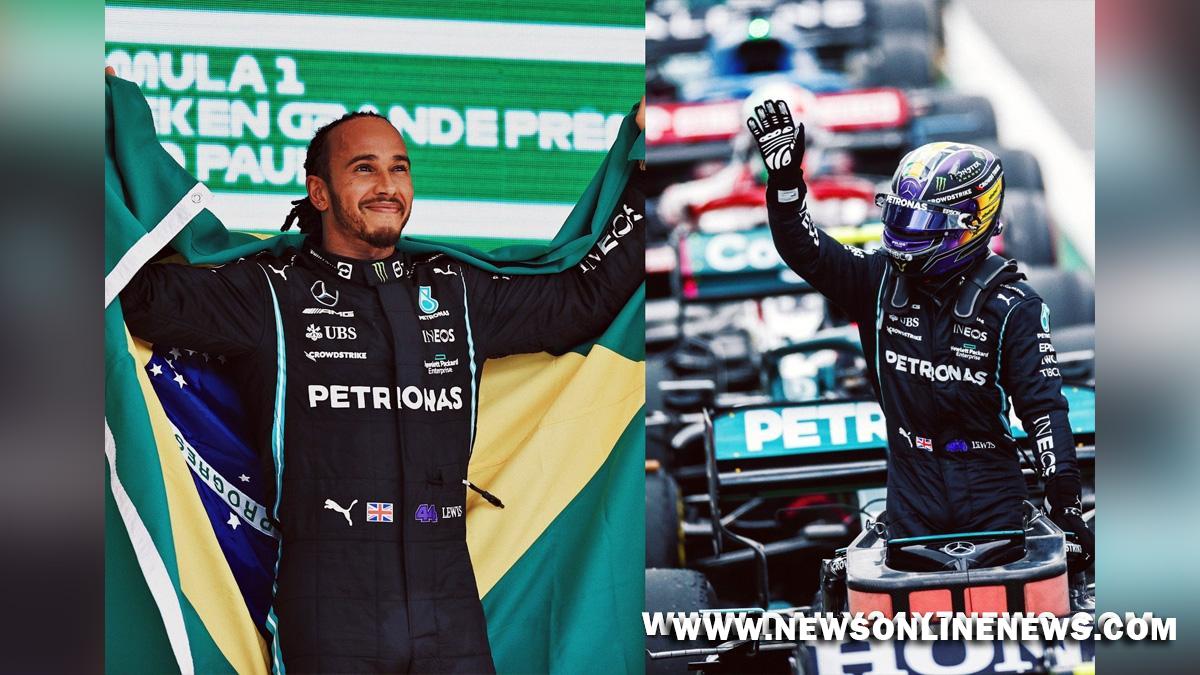 Jeddah (Saudi Arabia) : Mercedes’ Lewis Hamilton beat Red Bull’s Max Verstappen in a truly chaotic Formula 1 Saudi Arabian Grand Prix, which was restarted twice and in which the two title rivals collided with each other once again in the 2021 season.In one of the most dramatic races in living memory, Hamilton and Verstappen went wheel to wheel on several occasions at the Jeddah Corniche street circuit, with the Briton crashing into the back of the Dutchman at one point after a misunderstanding over yielding a position.The two drivers are now level on points in the drivers’ championship, setting the stage for a winner-takes-all season finale in Abu Dhabi next weekend.Starting first and second on the grid, Hamilton and teammate Valtteri Bottas led away from Verstappen and looked comfortable at the front until their progress was halted on lap 10 after Mick Schumacher lost control of his Haas and slammed into the barrier, Xinhua reports. With the safety car immediately deployed, Hamilton and Bottas both came in for new tyres while Verstappen elected to stay put, putting him in the lead but needing to make a pit stop at a later point.However, lady luck smiled on Verstappen and Red Bull when the race was then red-flagged on lap 13 in order to allow for lengthier repairs to be made to the barriers.

Under F1 rules, drivers are able to change their tyres under red flag conditions, essentially giving Verstappen and others a free pit stop and ensuring that the Dutchman would line up for the standing restart on pole position, ahead of Hamilton and Bottas.The drama continued at the restart as Hamilton made much the better start from P2, forcing Verstappen to leave the track in order to stay ahead, but the chase was swiftly halted by another red flag after a multi-car incident saw Sergio Perez, George Russell and Nikita Mazepin all out of the race.Ahead of the second restart, race stewards decreed that Verstappen would have to slot into third place behind Hamilton and Alpine’s Esteban Ocon, who had squeezed between the title rivals at the previous restart.When the lights went out, however, it was Verstappen who jumped from third to first, helped by another change of tyres to a set of medium compound rubber, while Hamilton remained on his more durable but less grippy hard tyres.Quickly disposing of Ocon, Hamilton set about chasing after Verstappen and looked quicker than the Dutchman, but was unable to get close enough to pass until lap 37, when Verstappen went off track to defend against the Briton.More drama was to come the following lap when Verstappen was told to give the position back and slowed on the back straight, but Hamilton appeared to misunderstand his intentions and ran into the back of the Red Bull, with neither car suffering significant damage.Though Verstappen remained in front, he was still obliged to cede the position, finally moving over on lap 43 and settling for second as his tyres faded.

The Dutchman was also hit with a 10-second time penalty for his part in the collision between the two drivers, though this had no bearing on the final result.”I’ve been racing a long time and that was incredibly tough,” said Hamilton afterwards. “I tried to be as sensible and tough as I could be and with all my experience just keeping the car on the track and staying clean.””It was difficult. We had all sorts of things thrown at us so I’m just really proud of everyone. Red Bull have some raw pace, it was hard to overtake them.”Behind the top two, Bottas pipped Ocon for third on the line, with McLaren’s Daniel Ricciardo fifth ahead of Pierre Gasly’s AlphaTauri.The twin Ferraris of Charles Leclerc and Carlos Sainz were seventh and eighth, Alfa Romeo’s Antonio Giovinazzi was ninth and Ricciardo’s teammate Lando Norris rounded out the top 10.With just next week’s Abu Dhabi Grand Prix remaining in one of the most enthralling seasons in F1 history, Hamilton and Verstappen are tied on 369.5 points, though the Dutchman is in front with nine race wins to Hamilton’s eight. Bottas is assured of a third place finish with 218 points.In the constructors’ standings, Mercedes extend their lead to 587.5 points over Red Bull’s 559.5. Ferrari are third on 307.5 points.