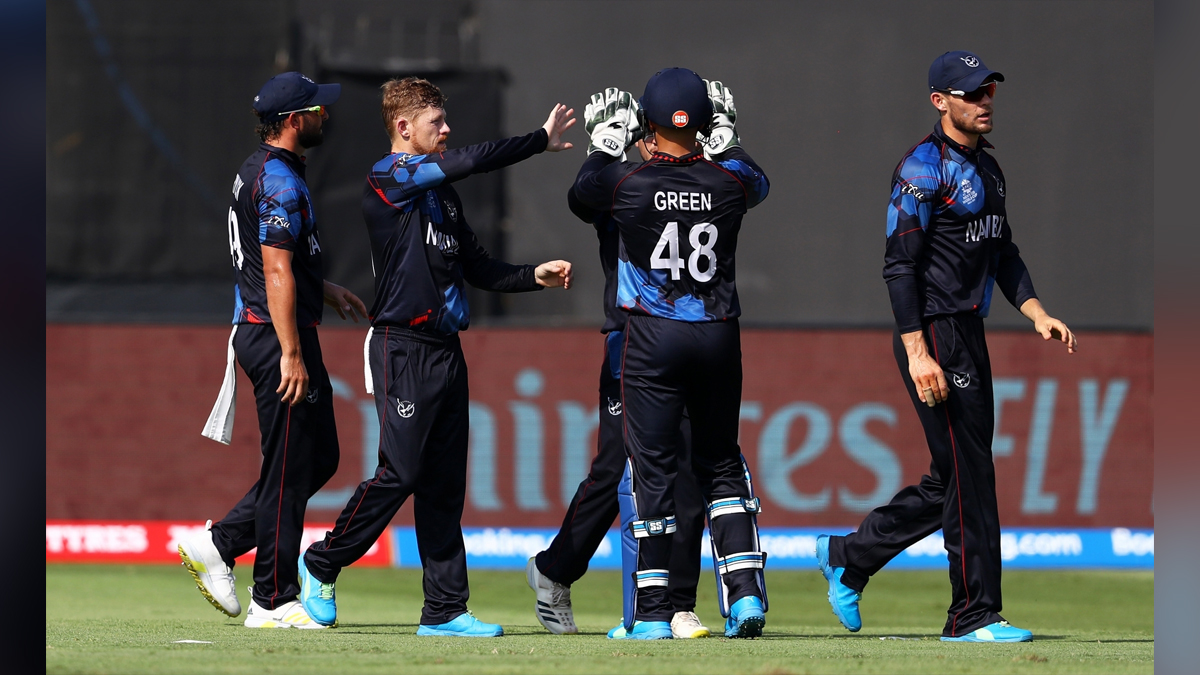 The squad will be led by skipper Gerhard Erasmus and sees a rich blend of youth as well as experience. Many of the impressive performers from the 2021 Men’s T20 World Cup in the UAE have been retained as Namibia hope to replicate their superlative performances from last year in Australia.

In their maiden outing in the Men’s T20 World Cup last year, Namibia impressed one and all with their performances, coming out of a tough draw in Round 1 that included Sri Lanka, Netherlands and Ireland to qualify for the Super 12 stage of the tournament.

Though they lost to Sri Lanka, Namibia won against the Netherlands and Ireland to enter Super 12 stage, where they were placed alongside Scotland (won by four wickets), New Zealand, Pakistan, India and Afghanistan.

Skipper Erasmus will bank on the likes of JJ Smit, Stephen Baard, Jan Frylinck, Nicol Loftie Eaton, Ruben Trumpelmann and globe-trotting David Wiese, who were members of the squad from the campaign in 2021, to put better performances in the 2022 Men’s T20 World Cup.

In Australia, Namibia have been placed alongside Asia Cup 2022 champions Sri Lanka, Netherlands and the UAE in Group A of the Round 1 stage of the tournament. They will open their campaign against Sri Lanka on October 16 at Kardinia Park in Geelong.