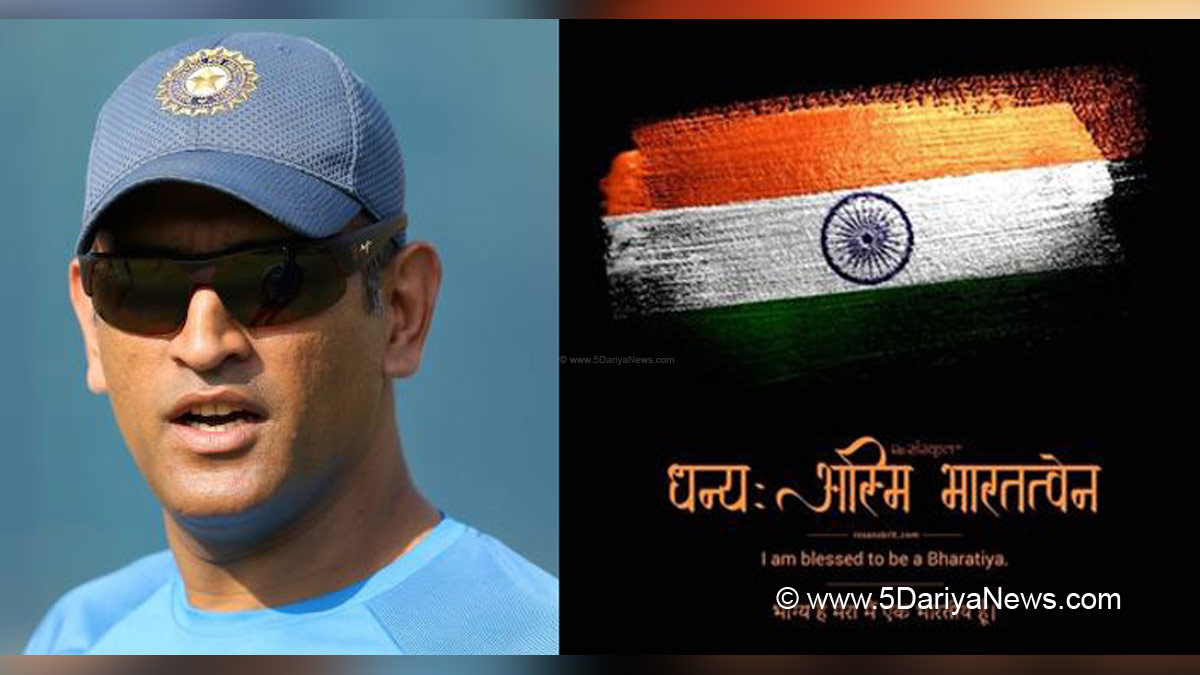 New Delhi : Former captain MS Dhoni on Saturday changed his profile picture on Instagram account to Indian tricolour to mark the 75 years of the country’s independence.

Apart from India’s tricolour, Dhoni’s display picture also comprises a quote in Sanskrit which translates to ‘I’m blessed to be a Bharatiya’.The 41-year old rarely posts anything on his account, despite having a sizable fan following on social media.

His fans often complain about him being inactive on social media, so the latest post has come as a pleasant surprise for them.Notably, Prime Minister Narendra Modi has urged everyone to put the ‘tiranga’ as the display picture of their social media accounts with India celebrating Azadi Ka Amrit Mahotsav.

Dhoni retired from international cricket in August 2020. However, he continues to play in the Indian Premier League where he captains Chennai Super Kings – a franchise he has led to four titles.

Under his leadership, India won the inaugural T20 World Cup in 2007 and ODI World Cup title in 2011. In 2013, the talismanic captain led India to their maiden Champions Trophy and became the only skipper in the world to have won all three major ICC titles.

The CSK skipper will return to action next IPL season which could be the last of his storied career.