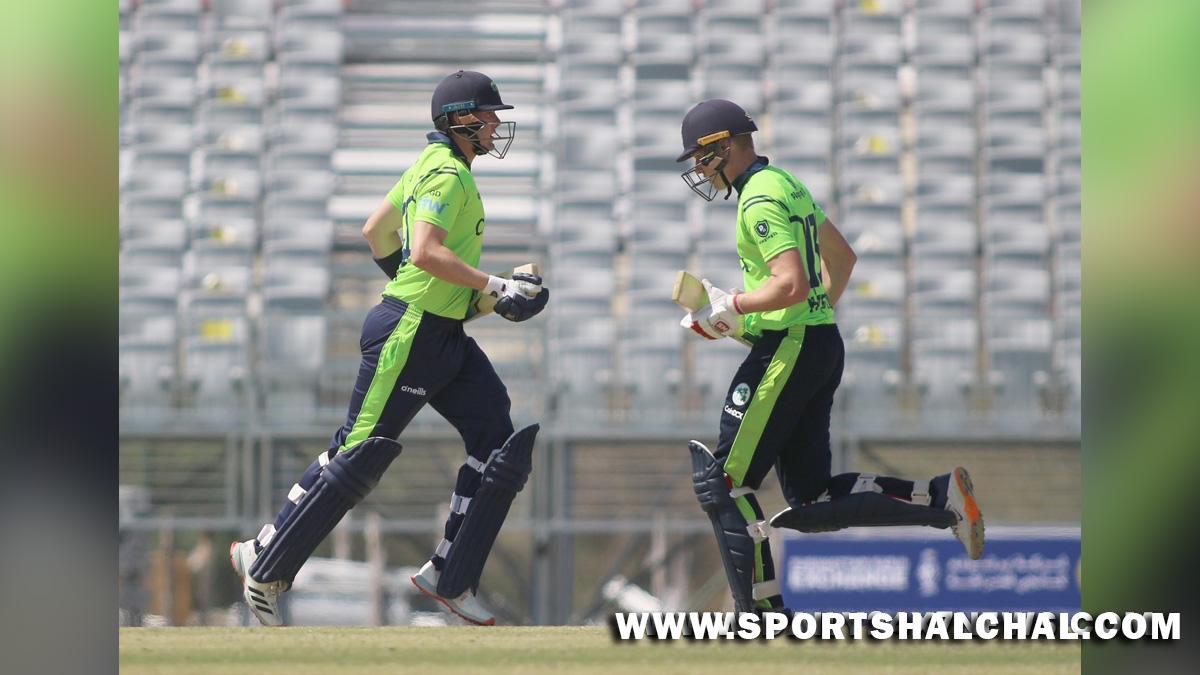 Al-Amerat (Oman) : Four teams Nepal, UAE, Ireland and Oman will be anxious to get on the cricket field in order to secure their berths in the 2022 T20 World Cup in Australia, when they clash in the T20 World Cup Qualifier A semifinals here later on Tuesday.The winners of Tuesday’s semifinals between Nepal and UAE, and Ireland and Oman at Al-Amerat will take the 13th and 14th spots for the T20 World Cup in Australia later this year, with the last two places decided at the ‘B’ Qualifier in July.The UAE team is coming into the semifinal after showing their quality early in the group stage, accounting for Full Member Ireland in an 18-run victory before brushing aside the German challenge.In spite of the early dominance, though, the Ahmed Raza-led side struggled to cope with the all-out attack of Bahrain, who chalked up 172/5 in their 20 overs, targeting quick Junaid Siddique, who went for 44 off his four overs. Needing 158 to ensure their net run rate would be superior to their opponents even in defeat, Vriitya Aravind once again lived up to his reputation as one of the game’s future stars, scoring an unbeaten 84 off 52 balls.Aravind ensured his side passed the 158 needed, and almost did enough to win the match in spite of the partners he lost along the way, falling two short of the 26 runs required off the last over.

Raza will look to his pace bowlers to tighten up their game in the match against Nepal. The only undefeated side in the tournament, Sandeep Lamichhane’s side’s strength is its bowling, though the emergence of opening batter Kushal Bhurtel has become a point of difference, highlighted by a century against the Philippines.Meanwhile, both Ireland and Oman enter the Qualifier after first-round exits at last year’s T20 World Cup. Smarting from the loss to Nepal after collapsing to 78 all out in pursuit of 117, the Zeeshan Maqsood-led Oman made up the ground defeating Canada and the Philippines.On the other hand, Ireland’s Paul Stirling would like to make the most of a start with the bat at the business end. The opener has made three scores in the 30s thus far in the tournament, frustratingly departing in the middle overs after solid Powerplay starts.Not quite moving through the gears into the innings’ backend thus far, Ireland’s batting from overs 10-20 hinges on the work of the numerous all-rounders, with capable hitter Mark Adair potentially featuring as far down as No.8.Andrew Balbirnie has a number of options with the ball and is able to pivot to a Plan B of spin should the new-ball bowlers struggle early.