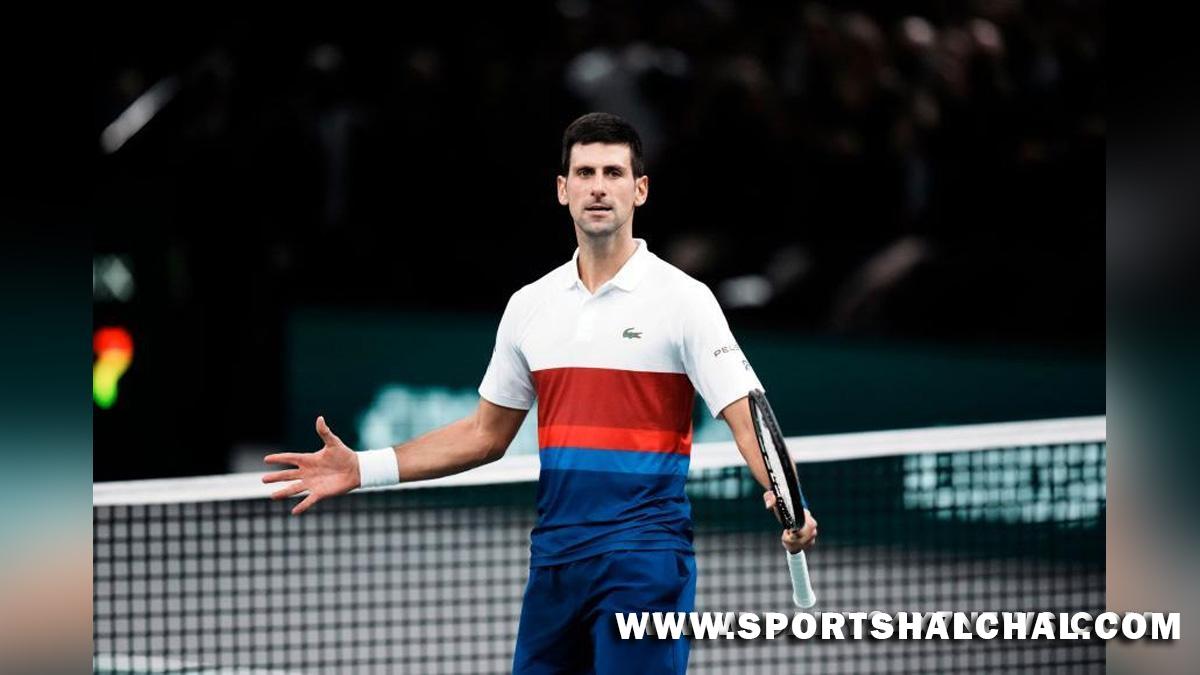 Novak Djokovic parts ways with his coach of 15 years

Belgrade : World No. 2 tennis player from Serbia Novak Djokovic has said that he is ending his “professional partnership” with his coach of more than a decade-and-a-half, Marian Vajda.A statement on the 34-year-old Djokovic’s website said late on Tuesday that, “After a ground-breaking 15 years working together, we can confirm that Marian Vajda and Novak Djokovic ended their professional partnership.”The winner of 20 Grand Slam titles is going through a turbulent phase, mainly due to his COVID-19 vaccination stance. The Serbian is unvaccinated because of which he was deported from Australia ahead of this year’s opening Grand Slam, the Australian Open, in January.

Djokovic also lost his No. 1 ATP ranking to Russian 26-year-old Daniil Medvedev recently and was also defeated by world No. 123 Jiri Vesely of the Czech Republic in the Dubai Tennis Championships quarterfinal last week.Djokovic’s website said that, “the pair agreed to end their partnership last year, following the ATP Turin. Marian has played an integral role within Novak’s team, supporting Novak to achieve 20 Grand Slam titles and amass an unprecedented 361 weeks as the world number one ranked player. Since 2019, Marian has been joined by (former Croatian player) Goran Ivanisevic who has also played a hugely important role within the coaching team and will continue to work with Novak moving forward.”

Djokovic thanked Vajda, saying he had helped him achieve some “incredible things”.”Marian has been by my side during the most important and memorable moments in my career. Together we have achieved some incredible things and I am very grateful for his friendship and dedication over the last 15 years. While he might be leaving the professional team he will always be family and I can’t thank him enough for all he has done,” said Djokovic.”During my time with Novak, I have been lucky to watch him transform into the player he is today. I will look back on our time together with immense pride and am so very thankful for the success we have achieved. I remain his biggest support on and off the court and look forward to new challenges,” said Vajda.

It is like a standard set by me: Harmanpreet Kaur on her career-defining knock of 171