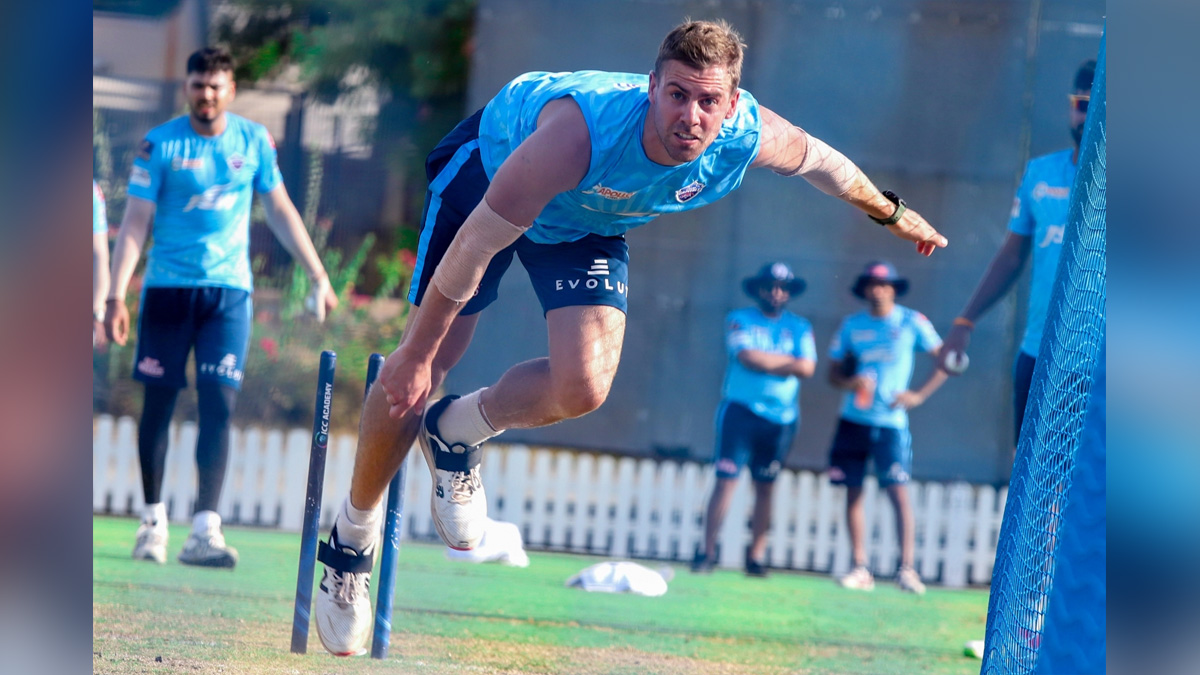 Pretoria : Pretoria Capitals on Saturday announced they have signed South Africa pace duo of Anrich Nortje and uncapped Migael Pretorius for the upcoming CSA T20 League. The team is owned by JSW Group, who are the co-owners of Delhi Capitals in the Indian Premier League (IPL).

As per the rules of the CSA T20 League, each of the six franchises get to sign five players comprising three overseas, one South Africa international cricketer and one uncapped South African player before the auction happens to build their squad of 17.

“Anrich Nortje has been an integral part of the growth and success of Delhi Capitals. So when we decided to expand our cricketing footprint to his country, he was always going to be an automatic choice for us.

I believe Anrich will bring to Pretoria Capitals the same kind of fiery performances and off-field calmness we’ve seen him display at DC.””I’d also like to welcome Migael Pretorius, who boasts of an impressive domestic track record, to our Capitals family.

It is indeed a proud moment for us, as Delhi Capitals is now beyond Delhi. South Africa is no doubt one of the world’s biggest sports loving nations, and we can’t wait to enthral the fans there with our passionate brand of cricket,” said Parth Jindal, Owner, Pretoria Capitals and co-owner, Delhi Capitals.

Nortje, who has been a part of South Africa team since 2019, has played 30 matches for Delhi Capitals over last three seasons, with 43 wickets to his name, coming at an average of 21.30 and economy rate of 8.06.

Pretorius, 27, has taken 54 T20 wickets and plays for Knights in South Africa’s domestic circuit. He has even played for Jamaica Tallawahs in the Caribbean Premier League (CPL) 2021 season.

The right-arm pacer is yet to make his international debut though he was added to South Africa’s Test squad for series against Sri Lanka in December 2020 and in T20I squad for three-match series against Pakistan in March 2021.

South Africa’s T20 League, scheduled to be held in January and February 2023, will be directly clashing with UAE’s International League T20 (ILT20), to be also held in January next year.

Both leagues will be operating in the time when Australia’s Big Bash League (BBL) and Bangladesh’s Bangladesh Premier League (BPL) will be on.