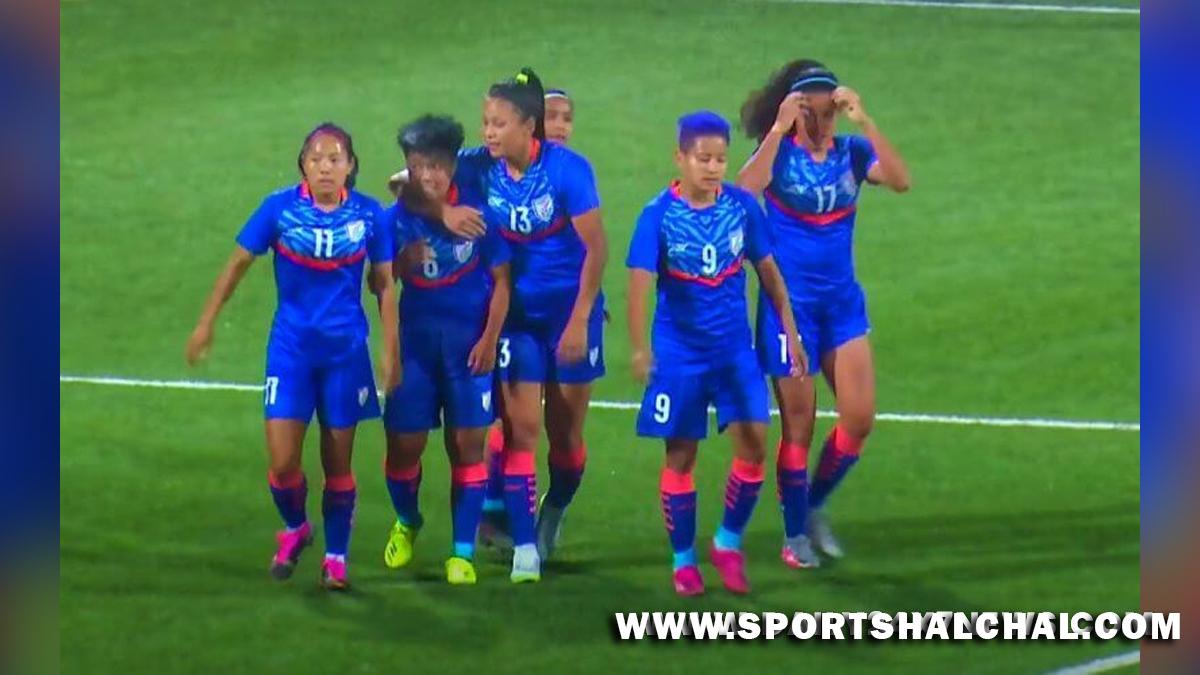 Amman (Jordan) : Young Priyangka Devi netted a goal in the 30th minute as the India women’s senior football team defeated Egypt by a solitary goal in the first friendly match played at the Prince Mohammed Stadium in Zarqa. In a late-evening match on Tuesday, the first half began with the Indian side pressing hard to seize the initiative. Captain Ashalata Devi tried to earn an early lead in the 18th minute via her shot from distance but Anju, who latched on to the ball, missed the opportunity. A couple of minutes later, Manisha almost scored the opener through Dalima’s pass from the right, but the ball was collected by the Egyptian custodian. Before the opposition could settle into the game, a sudden strike by Priyangka in the 30th minute gave India the lead. Dalima managed to pass the ball to Priyangka through Manisha’s brilliant cross from the left and eventually, the young midfielder found the back of the net.

The second half was played out on similar lines with India creating more opportunities, as head coach Thomas Dennerby made his first change at the restart, replacing forward Renu with Pyari Xaxa. Ten minutes after the resumption, Pyari came close to scoring in the 53rd minute as she got on the end of a cross from Manisha with an excellent run, but the shot was saved by the keeper. A couple of more substitutions followed as Sandhiya came in place of Anju Tamang, and Soumya and Ratanbala were introduced in place of Grace and Priyangka Devi, respectively. Egypt captain Engy Ahmed Sayed tried her luck from close range before the hour mark, but Sowmiya stood tall to deny her. Hayam Abdellatif had the final effort for Egypt in the dying minutes but her effort landed safely into Sowmiya’s gloves.

IPL 2022 : Dinesh Karthik taking ‘one step at a time’ in RCB’s quest for title