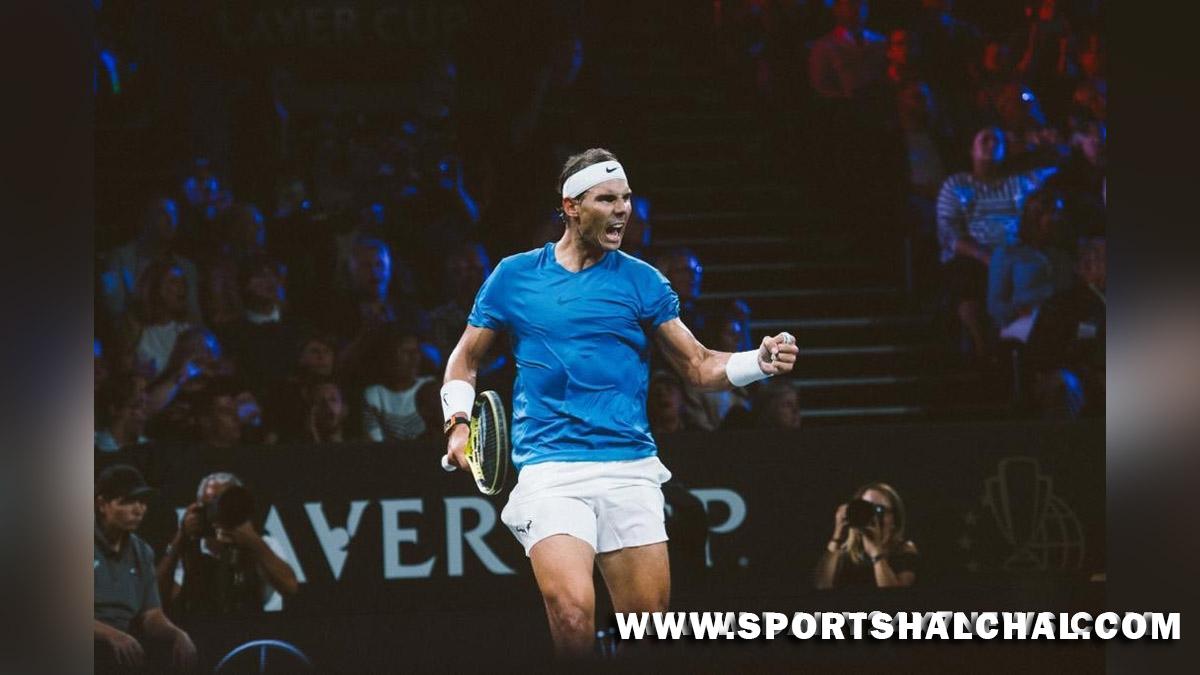 Indian Wells : Spanish tennis stalwart Rafael Nadal conceded on Monday (IST) that was mesmerised by Taylor Fritz’s game in the BNP Paribas Open final, adding that he was having “something on the rib” and “problems breathing”, which limited his game.American Fritz claimed the biggest paycheque of his tennis career, winning his maiden ATP Masters 1000 title by defeating Nadal 6-3, 7-6(5) in the final. It was 21-time Grand Slam-winner Nadal’s first defeat of the 2022 season, while it was the biggest career win for the 24-year-old American, who lifted his second ATP Tour trophy.”I had pain, honestly. I had problems breathing. I don’t know if it’s something on the rib, I don’t know yet. When I’m breathing, when I’m moving it’s like a needle all the time inside here. I get dizzy a little bit because it’s painful,” Nadal was quoted as saying by atptour.com. “It’s a kind of pain that limits me a lot. It’s not only about pain; I don’t feel very well because (it) affects my breathing.

“(It is) more than (being) sad for the loss, (that is) something that I accepted immediately, and even before the match ended. It’s more about that I am suffering a little bit, honestly.”There were signs of trouble for Nadal towards the end of his three-set slugfest against countryman Carlos Alcaraz in the semifinals. During that match, he received a visit from an ATP physiotherapist.”I tried my best. Of course, (it has) not been my day. But that happens. I have experience in all these situations. So in the moment, of course, it’s tough to play a final like this. (I) tried ’til the end. That’s it,” Nadal said.”Even (though) I had my chances in the second set, I didn’t convert too many chances. That’s it. I think it’s a difficult match to analyse personally from my side because I was not able to do many things.”Nadal added, “It’s not the moment to talk about that, honestly. Even if it’s obvious that I was not able to do the normal things today… That’s it. It’s a final. I tried.

I lost against a great player.”Victories like today help. He (Fritz) played well. He went through some great matches during this week I think, especially yesterday. A lot of credit to him on the victory of yesterday. In my opinion, his victory of yesterday is much bigger than his victory of today because he had (a) much tougher opponent in front yesterday,” Nadal said.”He already played great matches in Australia, this year if I’m not wrong, against (Stefanos) Tsitsipas,” added Nadal.Nadal will now move to the clay courts and prepare for the Roland Garros, his favourite Grand Slam.”Now is the moment to try to solve this problem as soon as possible, try to start on clay. Practising starts another part of the season (clay) that I enjoy to play. Of course, every single event is so special for me. I hope to be ready for it,” added Nadal.