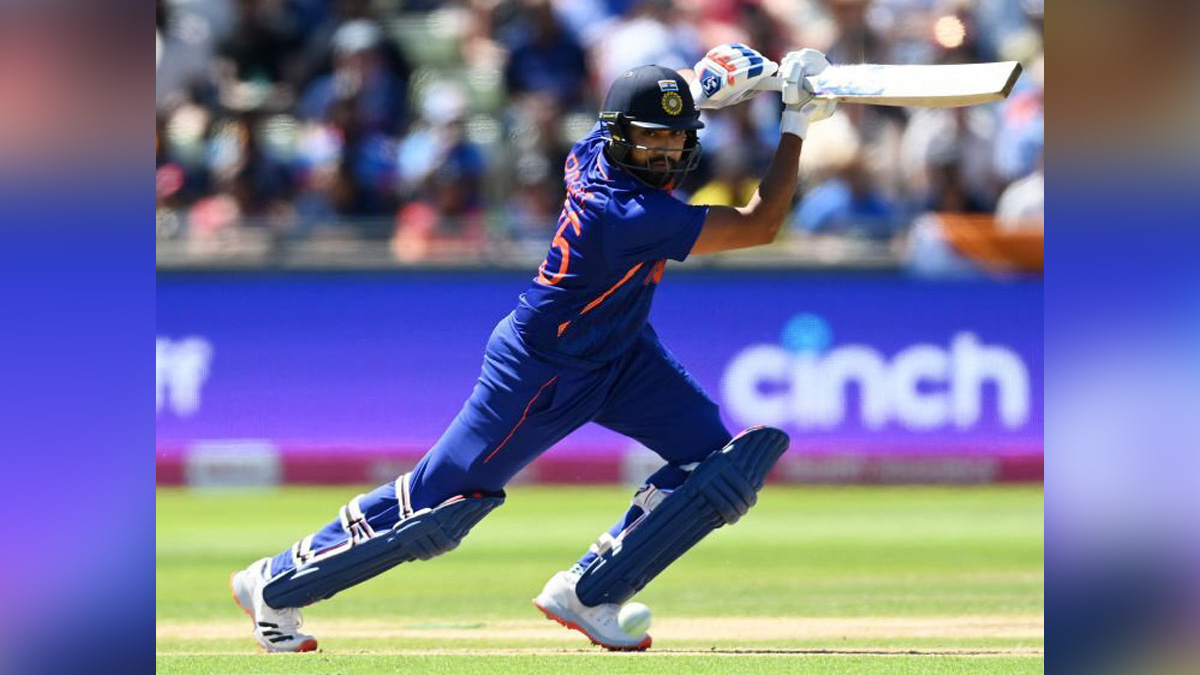 Basseterre (St Kitts) : India cricket captain Rohit Sharma gave an update on the back injury he suffered in the third T20I against the West Indies, saying with a few day to go for the fourth match of the series, hopefully he should recover.

India on Tuesday defeated the hosts by seven wickets to take a 2-1 lead in the five-match series, but Sharma had to retire hurt in the chase after complaining of back spasm.

The physio tended to the Indian skipper, but he eventually decided to walk off retired hurt.BCCI confirmed that Rohit had suffered a back spasm.”My body is OK; we have a few days in between so hopefully it should be OK,” said Sharma, allaying fears that the injury was serious.

Sharma was also happy with the way the bowlers played a key role in helping India take the lead in the series after the big defeat in the second T20I on Monday.”How we bowled in the middle overs.

That was crucial. They (West Indies) were about to get a quick partnership. We used the condition and our variations really well. And then how we chased. It was quite clinical.

When you watch it from the outside you felt there wasn’t much risk taken.”Sharma also said it was good to see Suryakumar Yadav convert his 30s-40s into a match-winning score.

Surya, who opened the innings with Sharma, scored a 44-ball 76.”It is very important that if you get a start in this format, you should convert it. It does well for the team.

The 30s and 40s look good, but when you get past 70-80 and get a hundred as well then you’re scoring those runs for the team.Good partnership with (Shreyas) Iyer.When you are chasing a target like that anything can happen.

It was not an easy target and the pitch had something for the bowlers. It was important for us to pick the right shots off the right balls,” added Sharma.