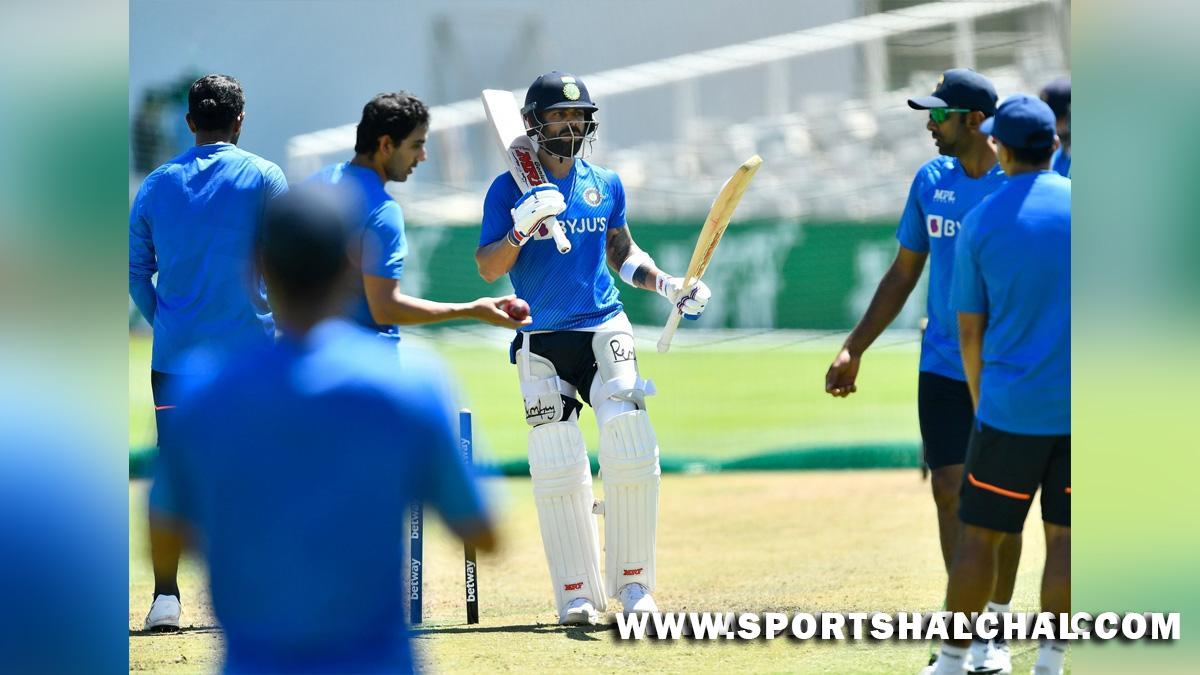 Cape Town : India Test captain Virat Kohli believes that he doesn’t need to prove himself to anyone and is happy at following his processes.Kohli, who didn’t feature in the second Test due to an upper back spasm, has been in a lean patch of form and hasn’t scored a century in international cricket since November 2019.”It is not the first time. Let’s not get away from reality, it has happened a few times in my career. England in 2014 was one of those phases. The thing is I don’t look at myself from the lens that the outside world looks at me. The standards I have been compared with have been set by myself. So, they are not an occurrence from outside. More than anyone else I take a lot of pride in wanting to do the best thing and performing regularly for the team,” said Kohli in the pre-match press conference on Monday.”In sport sometimes things don’t go as you want but as a player and batsman I have been involved in very important moments and partnerships in the past calendar year. Eventually, those moments have been crucial for us in many Test matches.

Sometimes your focal point changes, if you keep looking and judging at yourself on the basis of numbers and milestones, you’ll never be happy or content with whatever you are doing,” added Kohli, who has got 27 Test hundreds.He further gave an insight into his current state of mind as a batter. “I take a lot of pride and happiness in the process that I am following. I am at peace with how I am playing and what I have been able to do for the team when there is a tricky scenario. I take a lot of pride and motivation to be in those moments and have nothing to worry about because you want to leave with impactful performances in the team and my best effort is always to do that. I truly believe I don’t need to prove myself to anyone. When you are in the position you are going to be judged by the outside world, which is constantly their job. I don’t look at myself like that.”Kohli also said that the experience which senior batters Cheteshwar Pujara and Ajinkya Rahane bring to the team is ‘priceless’. After a long lean patch, both Pujara and Rahane scored 53 and 58 respectively while sharing a stand of 111 runs in the second innings at Johannesburg.”If you look at the last Test especially in the second, both Jinx (Rahane) and Pujara, the way they batted in the second innings, that experience is priceless for us.

Especially, in a series like this where you know these guys have done the job in the past. When you are playing overseas in tough conditions, these guys will always step up with impact performances. We saw that in Australia, the last time we were there and seen that in the last Test as well. These are crucial knocks in crucial scenarios. That has a lot of value.”Kohli signed off by saying that the transition in middle order should happen naturally rather than being forced upon. “I cannot pinpoint when we will have a transition. The game in itself pans out in such a way that things happen naturally. It can’t be forced. Conversations cannot be forced about transition. We should let transitions unfold naturally instead of forcing it on an individual.””I feel transitions do happen, it cannot be forced around, something which I felt and experienced. When it has to happen, everyone knows which direction the team is moving and it is a very natural progression. We should leave the transition to happen itself and not necessarily force individuals in difficult or tricky situations. I definitely, truly believe in that.”

SA v IND: We have discussed it with Pant, he knows his mistake : Virat Kohli