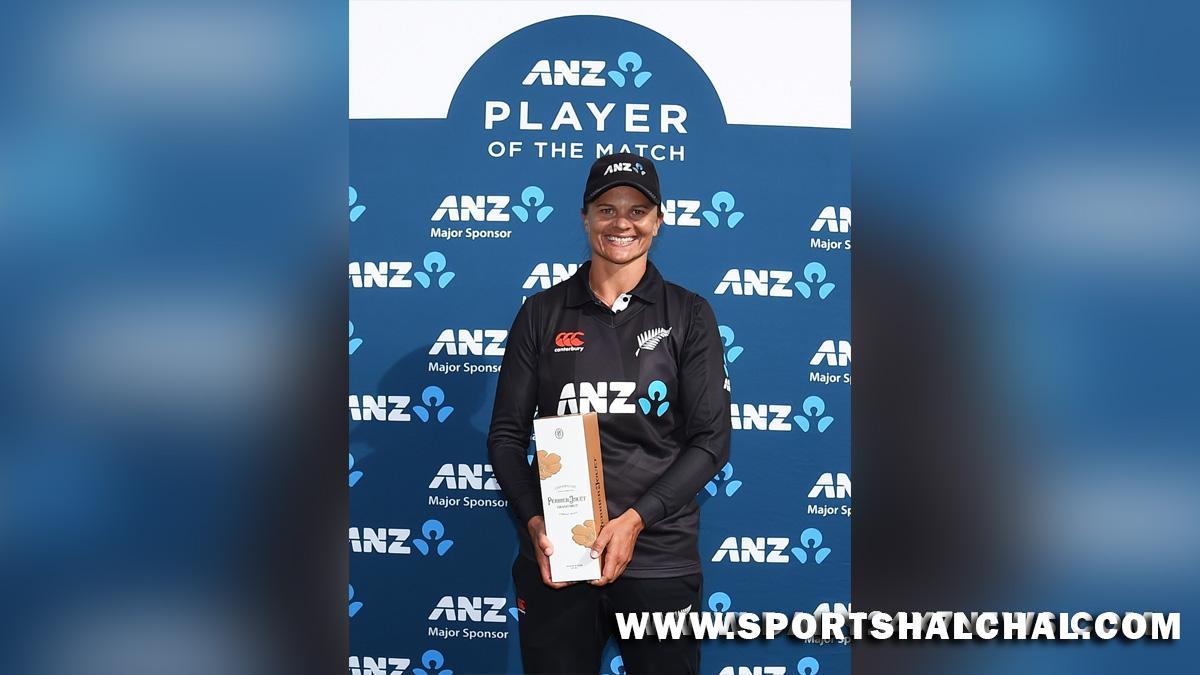 Queenstown : Suzie Bates slammed a century, while Amy Satterthwaite scored a half century as New Zealand Women defeated the Mithali Raj-led India by 62 runs in the opening One-day International (ODI) at the John Davies Oval to take a 1-0 lead in the five-match series here on Saturday.Put in to bat first, New Zealand openers Bates and Maddy Green put on a solid start, adding 54 runs for the first wicket. Bates (106 off 111 balls) took the initiative from the get-go and did the bulk of the scoring in the Powerplay as the hosts put up an imposing 275 in 48.1 overs. In reply, India were bundled out for 213 in 49.4 overs.In New Zealand’s batting, the introduction of spin finally became the undoing for Green who was caught at slip off Deepti Sharma. While Bates soon got to her fifty, Amelia Kerr took up the role of the aggressor in her 39-ball 33 that included five boundaries. Eventually, Poonam Yadav got the better of her trying an expansive shot.Amy Satterthwaite and Bate ensured that the wicket did not derail the innings and continued to punish the loose deliveries to keep the scoreboard ticking.

Bates got to her 12th ODI century in the 36th over of the innings but fell in the very next over, holing out at deep mid-wicket, thus bringing to an end to her brilliant 98-run partnership with Satterthwaite.Sophie Devine got a massive reprieve six balls into her innings after being dropped by Richa Ghosh but couldn’t make India pay for their mistake as she was back in the hut two overs later. New Zealand kept losing wickets at regular intervals in the death overs – 7 wickets in the last 8 overs – but Satterwaite’s 63 off 67 ensured the home side put up a respectable total. The White Ferns, who at one point were 204/2, were bundled out for 275.India got off to a poor start in their chase of 276 and were left to play catchup from the very beginning. In the absence of Smriti Mandhana, Sabbhineni Meghana was handed her ODI debut after impressing in the one-off T20I. However, her form did not carry over across formats as she was caught at slips in the fifth over.Four balls later, Devine trapped Shafali Verma in front of the stumps as India lost both their openers in consecutive overs.

Yastika Bhatia and Mithali Raj then came together to rebuild the innings and started to tee off towards the end of the Powerplay. They kept finding the boundaries with regularity but found it difficult to rotate strike as frequently.They put on an 88-run partnership but the pressure of the scoreboard got to Bhatia, who in her effort to accelerate the scoring, picked out the fielder at deep square.Mithali Raj got to her fifty, but with the required run rate at 7.5, was caught at point trying to take the aerial route. India soon lost half their side as Harmanpreet Kaur’s lean patch with the bat continued.Still 137 runs away from victory in 105 balls at that point, India’s lower-order had an uphill task ahead of them. Richa Ghosh and Pooja Vastrakar chipped in with valuable 20s but only delayed the inevitable as India were bowled out for 213.Jess Kerr stood out with a four-for, first breaking the back of the Indian innings with the wickets of Mithali and Harmanpreet, before wrapping up the game with two wickets in two balls.
Brief scores: New Zealand 275 in 48.1 overs (Suzie Bates 106, Amelia Kerr 33, Amy Satterthwaite 63; Jhulan Goswami 2/58) beat India 213 in 49.4 overs (Yastika Bhatia 41, Mithali Raj 59, Jess Kerr 4/35) by 62 runs.