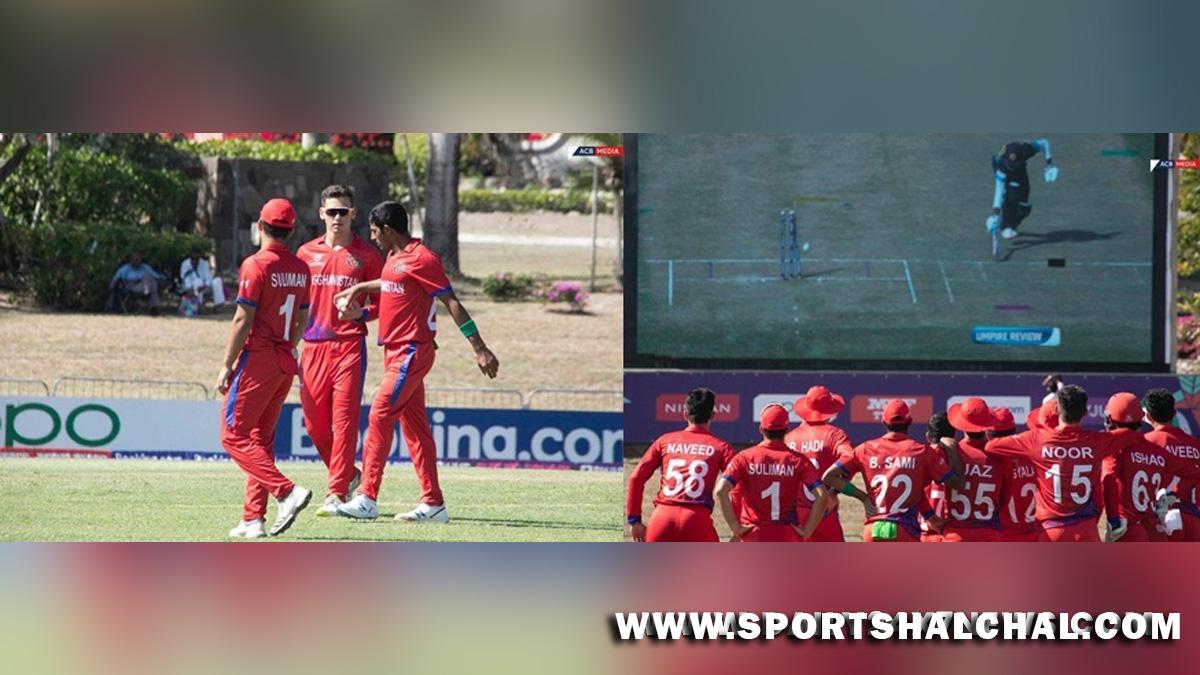 Antigua : A superb performance with the ball aided by crisp fielding helped Afghanistan shock Sri Lanka by just four runs in a low-scoring match and secure a place in the Under-19 ICC Cricket World Cup semifinal at the Coolidge Cricket Ground, here on Friday (IST).Afghanistan have become the second team after England to book a place in the Super League last-four of the tournament.Despite only setting a target of 135 after being bundled out in 47.1 overs, Suliman Safi’s side stood up to the challenge of defending a meagre total, bowling out Sri Lanka for just 130 with four overs to spare.Sri Lanka captain Dunith Wellalage’s composed late spell at the crease (34 off 61 balls) raised hopes of a win, but it was not meant to be as Afghanistan edged the low-scoring thriller to reach the final four, matching their achievement from the 2018 tournament in New Zealand.

They will now face England in the first Super League semifinal at the Sir Viv Richards Cricket Ground on February 1.Wellalage’s team elected to bowl after the winning the toss, and for the first few overs it was difficult to tell whether it was the right decision. Afghanistan openers Nangeyalia Kharote and Bilal Sayedi looked solid for the first 10 overs before Traveeen Mathew struck with a vicious delivery that removed Sayedi. Kharote departed in the very next over and when skipper Suliman Safi was trapped LBW after making just one, Afghanistan were in trouble.Ijaz Ahmadzai lost his wicket without moving the scoreboard, but fellow middle-order batter Abdul Hadi was able to steady the innings with a crucial knock. The left-hander came to the crease with his team struggling, but he managed to make 37, including four boundaries, before he was stumped after a clever delivery from Dunith Wellalage.

Vinjua Ranpul then helped remove the tail for Sri Lanka, ending with a five-wicket haul at the expense of just 10 runs. When he trapped Izharulhaq Naveed, Afghanistan were all out for just 134 runs.The Sri Lankan reply was shaky. Opener Sadisha Rajapaksa went for a duck in the opening over, and Shevon Daniel went for just two after he was clean bowled by Bilal Sami.After 13 overs, they were in a deep trouble when Noor Ahmed produced a superb delivery to remove Ranuda Somarathne and put Sri Lanka in all sorts of trouble. From that point, their dreams of lifting a first ICC U-19 Men’s Cricket World Cup were fading fast. However, the eight-wicket partnership between captain Wellalage and Raveen de Silva looked like it might save the day, taking Sri Lanka from 43/7 to 112.Kharote then took the crucial wicket of the skipper, who played cheaply, before Naveed claimed the wicket of de Silva to set up a nerve-jangling finish. Sri Lanka got to within five runs of victory, but their fourth run-out of the innings cost Mathew the final wicket and gave Afghanistan a dramatic victory.
Brief scores: Afghanistan 134 in 47.1 overs (Abdul Hadi 37, Noor Ahmad 30; Vinuja Ranpul 5/10) beat Sri Lanka 130 in 46 overs (Dunith Wellalage 34; Bilal Sami 2/33) by 4 runs.