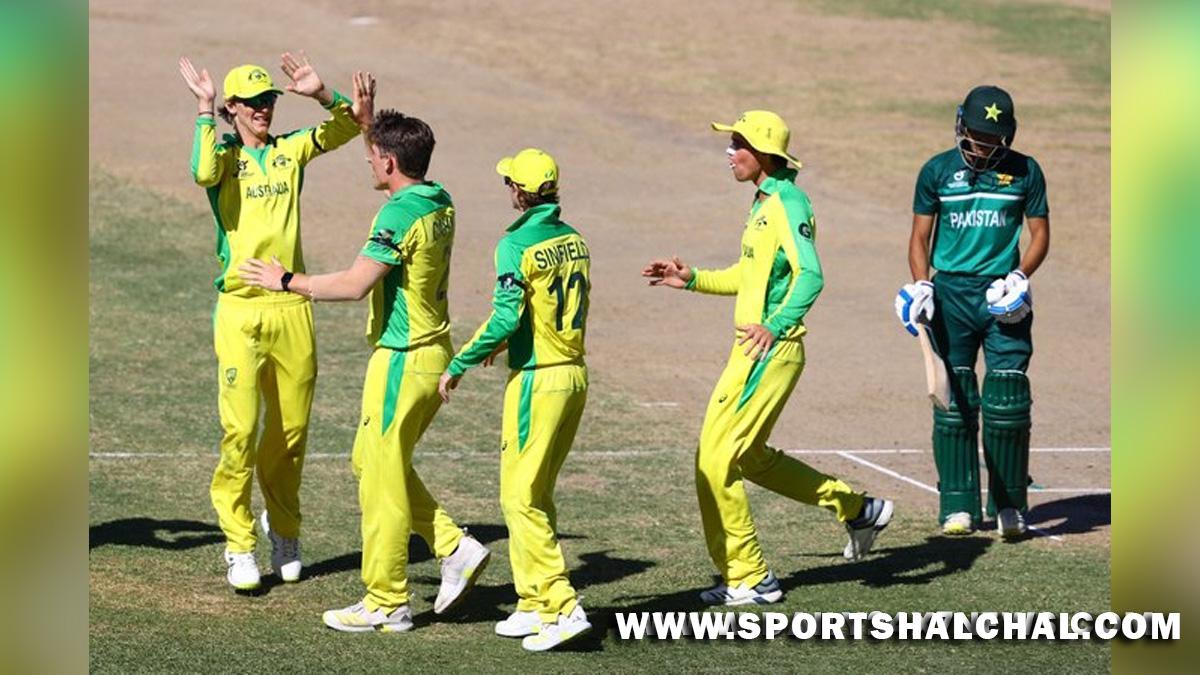 U-19 CWC: Australia cruise into semis with crushing win over Pakistan

North Sound (Antigua) : A fine batting performance from Australia’s top order, especially Teague Wyllie and Corey Miller, helped them defeat Pakistan by 119 runs to secure a Super League semifinal berth in the U-19 ICC Cricket World Cup at the Sir Vivian Richards Stadium here on Saturday (IST).The Cooper Connolly-led Australia became the third team to make it to the last-four after England and Afghanistan secured their berths earlier.Half centuries for Wylie and Miller, as well as 47 from Campbell Kellaway, helped Australia to 276/7 from their 50 overs and that proved far too much for Pakistan. Barring a 50-run partnership for the third wicket, Pakistan were always behind in their chase and eventually crumbled to 157 all out.

Pakistan won the toss and elected to bowl, but soon regretted that decision as Kellaway and Wylie (71) put on 86 for the opening wicket. Kellaway was stumped off the bowling of Qasim Akram (3/40), but that brought Miller to the crease and he accelerated the run-rate on his way to a 75-ball 64.Their stand of 101 was broken by Awais Ali, who had Wylie bowled, with Miller following soon after to leave Australia 203/3 with just under 10 overs remaining. Skipper Connolly chipped in with 33 and William Salzmann smashed a quick-fire 25 off 14 balls from No.7 to set a competitive target.It soon became clear that it would be tough Pakistan, with Muhammad Shehzad and Haseebullah Khan both caught behind to leave their side 27/2 in the fifth over. Abdul Faseeh (28) and Irfan Khan (27) started to rebuild before the latter was bowled by Salzmann (3/37), and the wickets fell at regular intervals from then on.Australia will now face the winner of the final Super League quarterfinal between India and defending champions Bangladesh later on Saturday.
Brief scores: 276/7 in 50 overs (Campbell Kellaway 47, Teague Wyllie 71, Corey Miller 64, Cooper Connolly 33; Qasim Akram 3/40) beat Pakistan 157 in 35.1 overs (Tom Whitney 2/31, William Salzmann 3/37, Jack Sinfield 2/34) by 119 runs.

U-19 CWC: Vasu Vats out with hamstring injury; Aaradhya Yadav replaces him