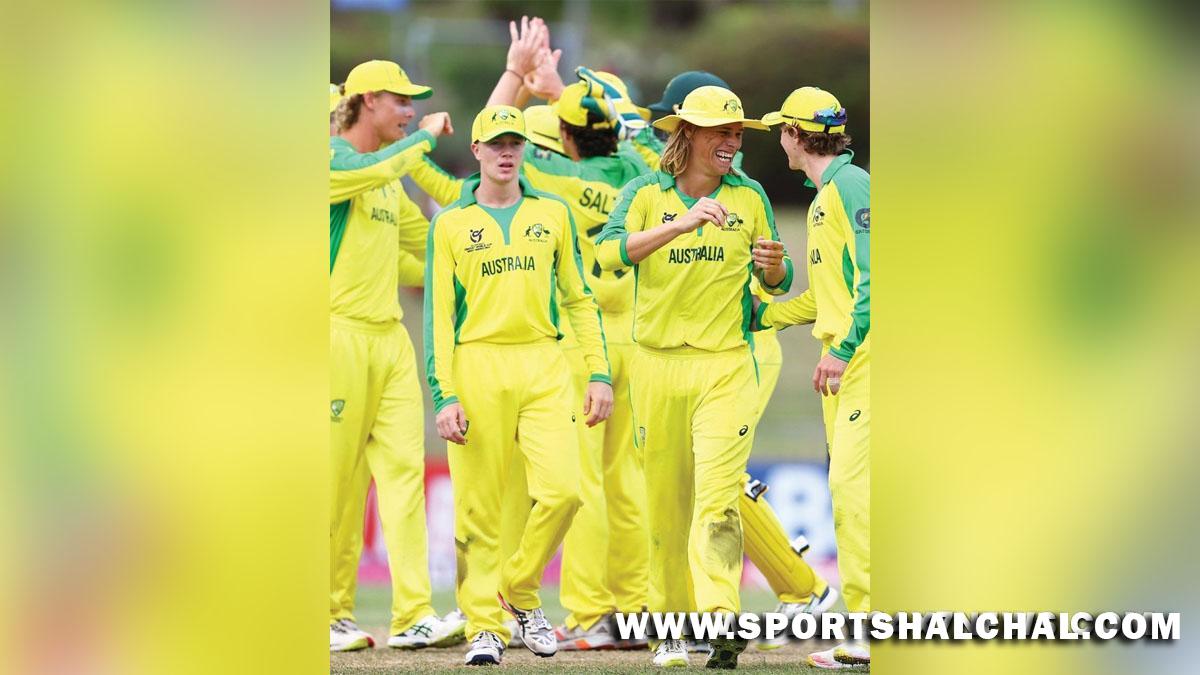 Antigua : A fine all-round performance from ambidextrous spin wizard Nivethan Radhakrishnan (3/31 in 10 overs and 66 off 96 deliveries) helped Australia to third place in the U-19 ICC Men’s Cricket World Cup with a two-wicket victory over Afghanistan at the Coolidge Cricket Ground here on Saturday (IST).The 19-year-old all-rounder, who is the only ambidextrous bowler in Australia’s junior programme, first limited Afghanistan to 201 all out batting first, before scoring a patient half-century in the chase. Australia were made to toil but eventually made it to safety with five balls to spare.Afghanistan, hoping to better their previous best result in this tournament fourth in 2018 won the toss and elected to bat. However two quick wickets for William Salzmann (3/43), removing Nangeyalia Kharote and Allah Noor, reduced Afghanistan to 15/2.Mohammad Ishaq (34) and skipper Suliman Shafi (37) started the rebuilding, adding 70 before the former was run out by Salzmann, the latter falling three balls later to Radhakrishnan.

Ijaz Ahmad Ahmadzai took up the challenge, making 81 as wickets continued to tumble at the other end. He became the ninth batter to fall as Salzmann’s final victim with the score on 201.Australian skipper Cooper Connolly (2/30) finished off the innings with his second wicket in the final over, leaving Australia with a modest 202 to chase. Campbell Kellaway (51) and Teague Wyllie (13) put on a half-century partnership for the first wicket before the latter was bowled by Nangeyalia to bring Radhakrishnan to the crease.He and Kellaway added another 60 before a little wobble as Noor Ahmad removed both Kellaway and Connolly in quick succession.Isaac Higgins joined Radhakrishnan, scoring 11 in a 40-run partnership, but when both were dismissed with 35 still required, a few nerves started to appear. Lachlan Shaw (13) and Corey Miller (13) then added 26 to take Australia to the brink before three quick wickets gave Afghanistan hope.They took it to the final over, but Joshua Garner (four not out) held his nerve to see Australia home.
Brief scores: Afghanistan 201 in 49.2 overs (Mohammad Ishaq 34, Suliman Safi 37, Ijaz Ahmad Ahmadzai 81; William Salzmann 3/43, Nivethan Radhakrishnan 3/31) lost to Australia 202/8 in 49.1 overs (Campbell Kellaway 51, Nivethan Radhakrishnan 66; Nangeyalia Kharote 3/35) by two wickets.