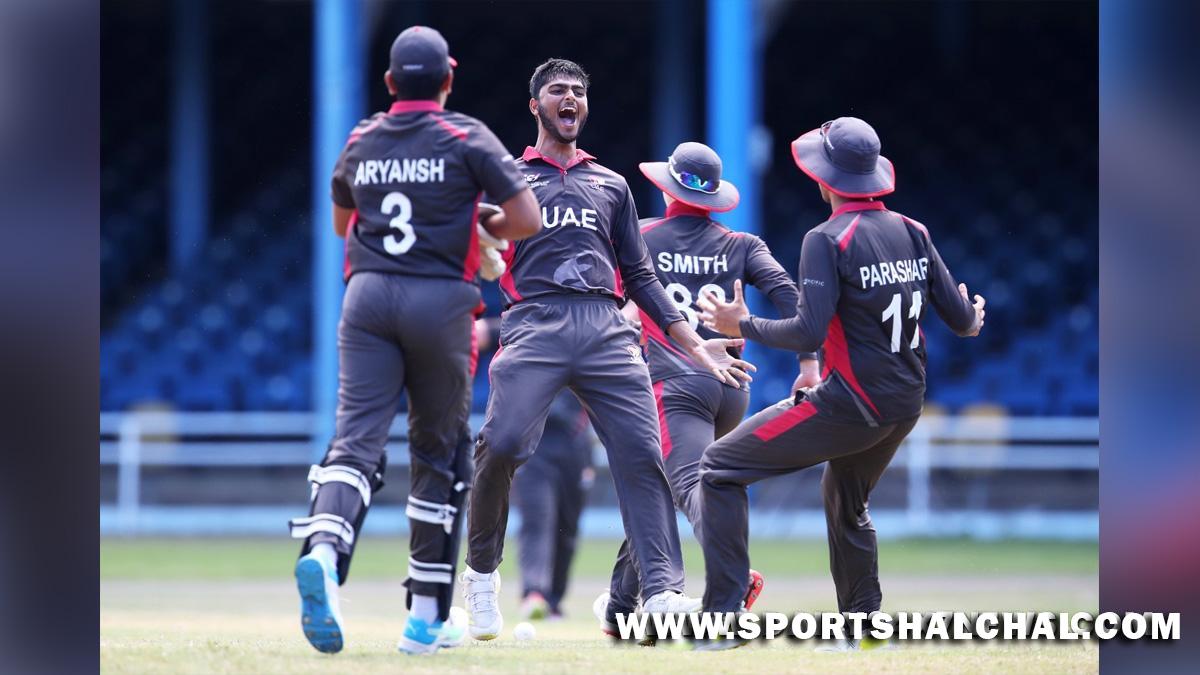 Port of Spain (Trinidad) : A patient 93-run knock from Aayan Afzal Khan powered the United Arab Emirates to one of the best results in their cricketing history as they defeated the West Indies by 82 runs in the Plate semifinals at the Queen’s Park Oval here on Saturday (IST).The UAE endured a torrid start when Shiva Shankar struck three early blows to leave them scrambling at 26/4. It was at this point that Aayan came to the crease, and his 93 off 121 deliveries turned the game on its head. While initially wickets continued to fall, his 103-run partnership with Shival Bawa (51) for the seventh wicket ensured that the team had something to defend.

Aayan was the last man to fall in a first-innings effort of 224/9, a target that proved far too much for the West Indies, who ended up losing by 82 runs.Jash Giyanani (3/21) made early inroads, with the West Indies quickly finding themselves 32/4. And unlike the UAE, they had no Aayan to save the day, as Dhruv Parashar (4/30) picked up from where Giyanani had left off.The most resistance from the West Indies came from Nathan Edward (51 not out) as he and No.11 Isai Thorne (17) put on 70 for the final wicket before Aayan sealed the win. UAE will now take on the winner of the Ireland vs Zimbabwe game in the Plate final, while the West Indies will play the losers in the play-off for 11th.
Brief scores: UAE 224/9 in 50 overs (Aayan Afzal Khan 93, Shival Bawa 51; Shiva Sankar 3/31) beat West Indies 142 in 39.4 overs (Nathan Edward 51 not out; Jash Giyanani 3/21, Dhruv Parashar 4/30) by 82 runs.