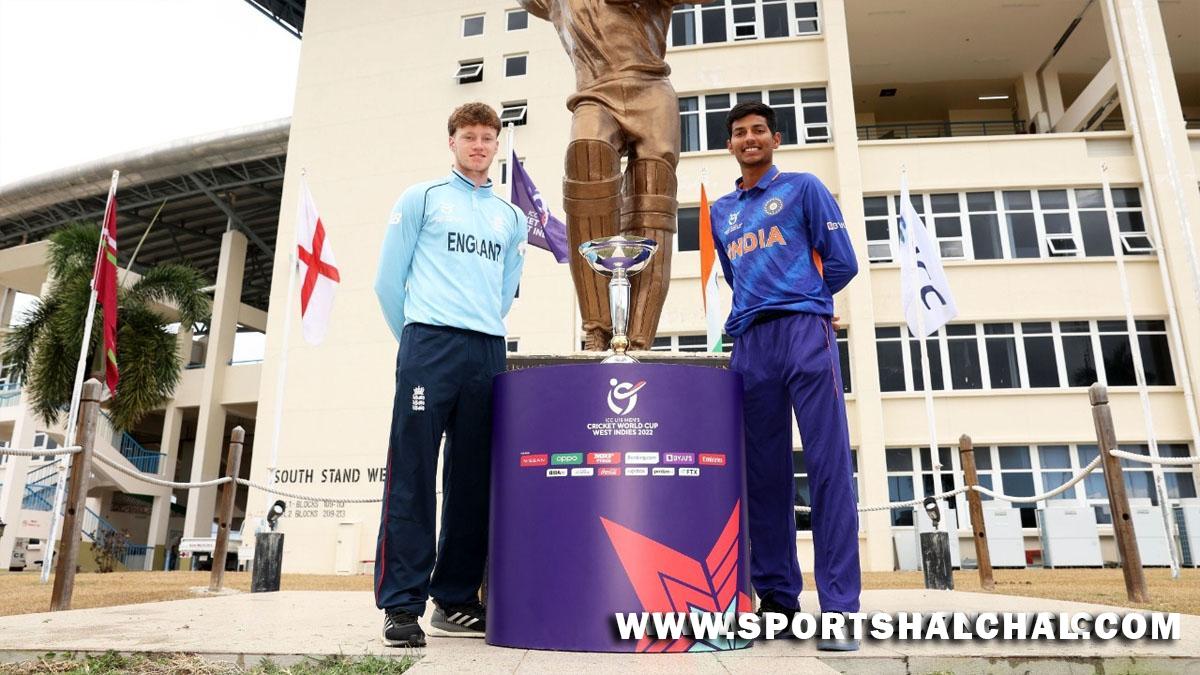 North Sound (Antigua) : Ahead of the U-19 ICC Cricket World Cup final against England, India skipper Yash Dhull said that his team would like to control the rivals’ attacking game by bowling “as many dot balls as possible” to win the contest and claim their fifth title at the Sir Vivian Richards Stadium here later on Saturday.Both India and England have so far remained unbeaten in the tournament, with the four-time champions having crushed Australia on way to setting up a title clash against the Tom Prest-led side.Despite being mauled by COVID-19 early in their campaign, India have maintained their momentum throughout the tournament and with a full set of players to choose from for the final, they are the favourites to win their fifth title.England, on the other hand, too have looked emphatic in their victories with Prest leading from the front.”It will be a good challenge against England. They play attacking cricket and look to dominate the opposition. Our approach against them will be to bowl as many dot balls as possible. The team morale is high. We are excited to play the final. It’s the final but it is still just a game. So, we will play with the positive mindset, stick to the basics and we will look to execute our plans,” Dhull told ICC.

The Indian skipper said that Virat Kohli’s guidance ahead of the title clash had added to the team’s confidence.”He (Virat Kohli) gave us his best wishes as the team is doing well. So, his words will give us confidence. When a senior player speaks with the team, the team morale gets a boost. He spoke to us about some basic things such as how to play normal cricket, how to stick to our game plan, etc. It was good to interact with him,” added Dhull.England have enjoyed their best ICC U-19 Men’s CWC since their only title triumph 24 years back. Prest is only too aware of that history and how much his side has already achieved.With the likes of Test skipper Joe Root and limited-overs captain Eoin Morgan having been in touch to offer their support, he is hoping to imitate the success of 1998.”It’s the first time in 24 years that England have been in this final. I don’t know if we can believe it at the moment, we’re going to be playing in a World Cup final. It’s something you dream of growing up, so we’re all really excited and can’t wait to play.”This morning we had messages from quite a few of the England senior team, saying that they had been following it and been really impressed with us. So it’s nice to know we have so much support from back home.

“They were saying that how impressed they have been with us and proud of what we have done getting to our first Under-19 Men’s Final in 24 years. It’s amazing to know they have been watching and following.”We’ve tried to play that attacking brand of cricket that Eoin Morgan instilled in his squad. Whether that is with the bat, ball or field, we always try to take the positive option. That was one of the messages they were saying in their video they sent this morning – to not back down from the big occasion in the final and still play with that positive intent.”England are familiar with the ground, having defeated South Africa and Afghanistan in the quarterfinal and semifinal, respectively. India though will be at a disadvantage having not played at the venue. But their impressive victories against 2020 champions Bangladesh in the quarters and then Australia in the semis should boost their morale.Against Australia in the last-four clash, Dhull had cracked a century, and he is hoping for more of the same as India try to contain England’s big hitters.Graeme Le Brooy will be the Match Referee for the final and the match officials standing in the game will be Roland Black of Ireland and Asif Yaqoob from Pakistan, according to ICC. Pakistan’s Rashid Riaz will be serving as the TV umpire and Jacqueline Williams from the West Indies will be the fourth umpire.