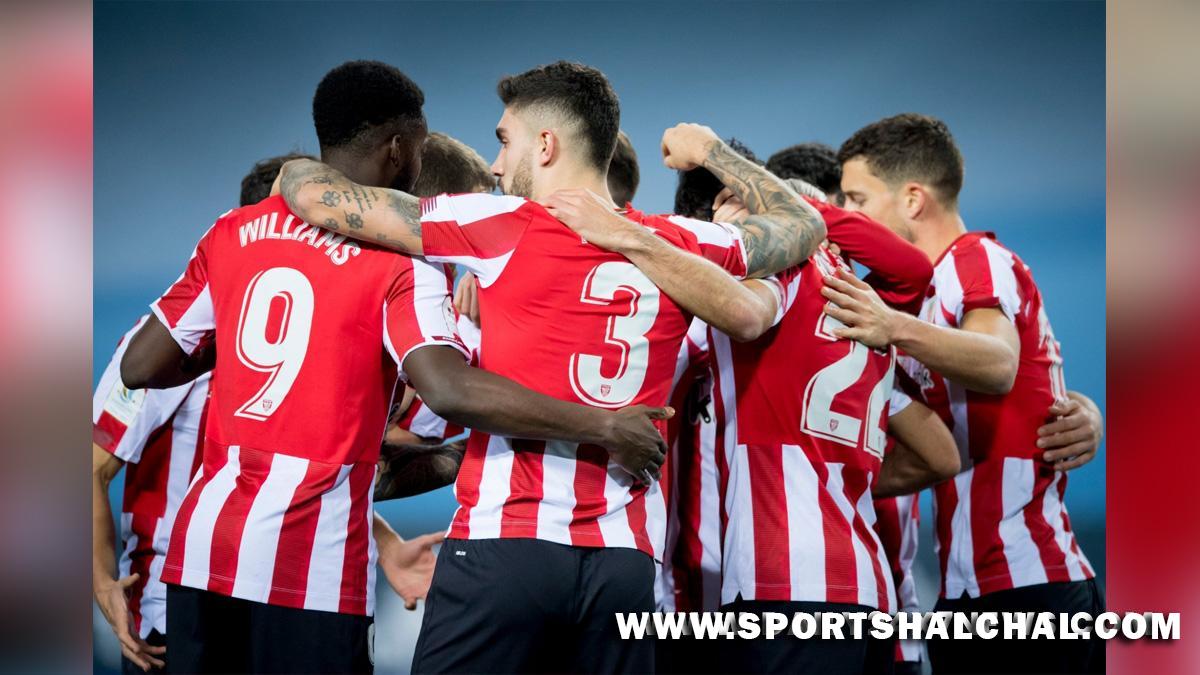 Bilbao : Athletic Bilbao and Valencia drew the first leg of their Copa del Rey semifinal 1-1 in the San Mames Stadium after 90 minutes of bad-tempered football.Valencia did their best to break up the home side’s play and got their reward with a second-half goal from Hugo Duro, which gives them a slight advantage for the return leg in three weeks.Duro took advantage of a loose ball after home keeper Julen Aguirrezabala had produced a reflex save to deny Bryan Gil following a cross from Gonzalo Guedes.It was clear from the start that it wasn’t going to be a flowing game of football, with Valencia pressing high up the pitch and looking to stop their rivals moving the ball comfortably.Duro headed a Jose Luis Gaya cross over the Athletic bar, while Dimitri Foulquier and Thierry Correa combined well down the right for the visitors, who kept breaking up the home side’s play with a series of fouls, Xinhua reports. It wasn’t until the 31st minute that Inaki Williams found space down the right, but he could only shoot at Giorgi Mamardashvili from a tight angle.

Athletic took the lead in the 37th minute when Iker Muniain was brought down on the edge of the Valencia area and Raul Garcia headed home his free kick from close range.Williams almost doubled the lead a minute later after Diakhaby slipped inside the area, but the Valencia stopper recovered just in time to flick the ball away from the striker.Diakhaby was then unlucky to escape punishment on the stroke of half-time when he pushed Garcia to the ground as tempers frayed.The second half was similar to the first, with Athletic unable to find the rhythm that typifies their football, with Valencia allowed to produce a stream of niggling fouls by a referee who was tolerant of their constant interruptions.After Duro’s equaliser, Athletic failed to react and were left relieved when the referee failed to give a penalty after Duro went down in the Athletic area following a slight contact from Dani Vivian.At the other end, Diakhaby produced a vital last-minute clearance when it looked as if Asier Villalibre was on the point of heading home a late winner.In the first semifinal on Fenruary 9, Real Betis won 2-1 away to Rayo Vallecano to take a big step towards the final.