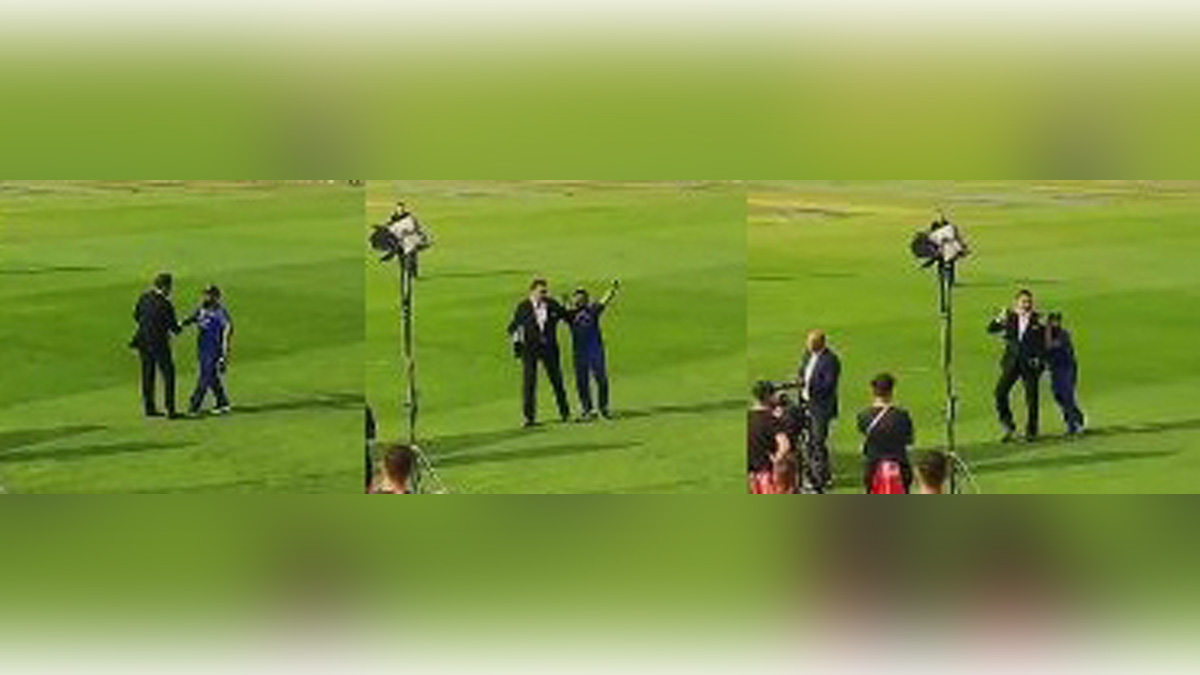 Manchester : Wicketkeeper-batter Rishabh Pant, who was named the ‘Man of the Match’ for his sublime 113-ball 125 in India’s five-wicket victory in the ODI series decider at Old Trafford, gifted his champagne bottle to former India head coach Ravi Shastri after the end of the presentation ceremony.

In a video shared by a fan through Youtube, it can be seen that Pant, after India were awarded the trophy of the ODI series, walked toward Shastri.The duo shook hands and hugged each other.

After speaking to each other, Pant gifted his champagne bottle to Shastri.With the crowd cheering in the background, Shastri and Pant then acknowledged the crowd before the latter ran towards joining the Indian team and the former head coach went towards the Sky Sports broadcast truck to talk about India’s victory at Manchester.

While Pandya reached his fifty first in 43 balls, Pant got to his half-century off 71 deliveries. Though Pandya fell later on, Pant reached his maiden ODI century in 106 balls, with his second fifty coming off just 35 deliveries.

After reaching his century, Pant smacked left-arm pacer David Willey for five fours in as many balls. Pant then fittingly finished off the chase in style with a reverse sweep for match-winning boundary off Joe Root.

“Hopefully I will remember this for the rest of my life, but when I was in I was not thinking about anything. I was just trying to focus on one ball at a time.

You always aspire to play like this when your team is in trouble. The more experience you get the more you improve,” were Pant’s words after the match.