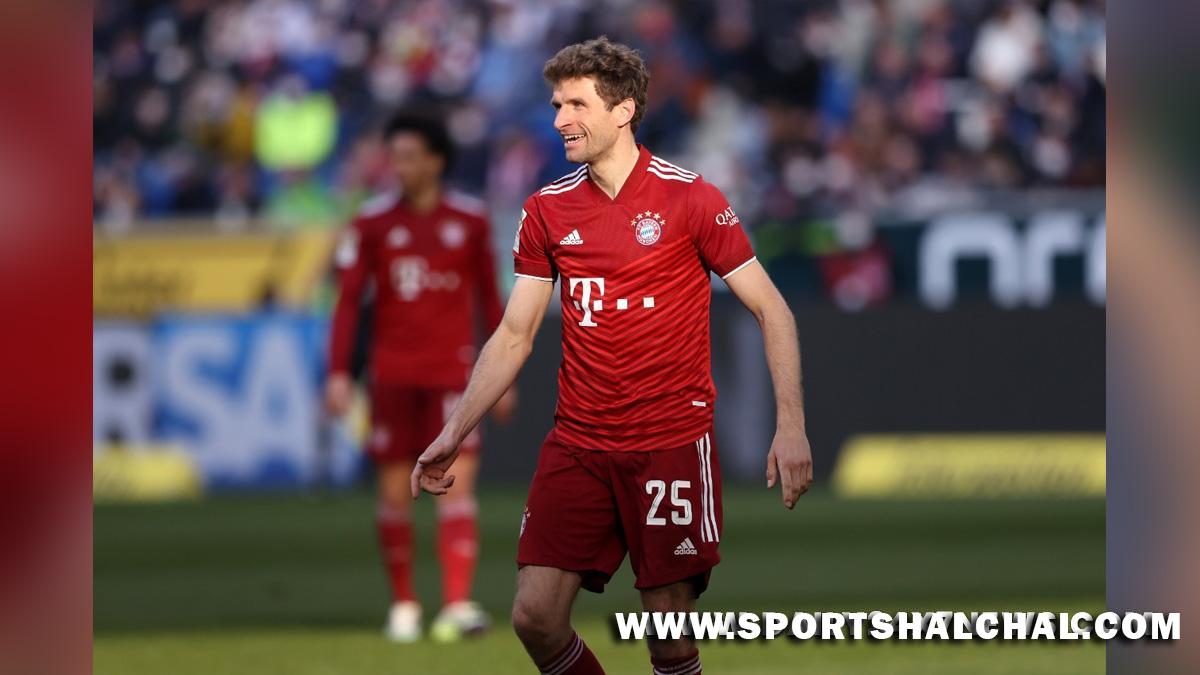 Berlin : Bundesliga leaders Bayern Munich dropped points for the second time in a row after sharing the spoils with courageous Hoffenheim following a 1-1 draw at the 26th round here.Both sides staged a lively start as Hoffenheim’s Andrej Kramaric tested Bayern goalkeeper Manuel Neuer in quick succession before Serge Gnabry’s volley forced Hoffenheim custodian Oliver Baumann into action on Saturday night.Bayern gained momentum as Gnabry rattled the woodwork in the 12th minute before Baumann had to defuse Thomas Muller’s dangerous shot on target three minutes later.The German giants thought they had broken the deadlock in the 27th minute but Thomas Muller’s goal was ruled offside, Xinhua reports. However, it was Hoffenheim who opened the scoring against the flow of the game as Christoph Baumgartner benefitted on David Raum’s assist to stun Neuer in the 32nd minute.

Julian Nagelsmann’s men responded with furious attacks but the goals from Gnabry as well as Muller got flagged offside in the closing stages of the first half.The visitors eventually restored parity through Robert Lewandowski, who nodded home Joshua Kimmich’s corner kick in the injury time of the first half.Both teams traded attacks after the restart but as the match progressed Bayern took over and created more danger in front of Hoffenheim’s goal.Gnabry left another chance unused in the 68th minute while Jama Musiala couldn’t take advantage on Baumann’s misplaced pass two minutes later.Lewandowski should have snatched a late win, but the Pole got tackled by Stefan Posch in the last nick of time and couldn’t tap home into the open goal.

Hoffenheim’s defence stood firm and was able to hold the Bundesliga front runners to a 1-1 stalemate.”For the most part I am satisfied with the performance. We were maybe a bit closer to the three points, but the draw isn’t totally undeserved either,” said Bayern coach Nagelsmann.Elsewhere, in form Freiburg underlined its UEFA Champions League ambitions after seeing off Wolfsburg 3-2 by courtesy on Vincenzo Grifo’s first-half brace.Sasa Kalajdzic’s last-gasp 1-1 equalizer helped struggling Stuttgart to salvage a point from Union Berlin and Borussia Monchengladbach secured a vital 2-0 to increase Hertha Berlin’s relegation worries.