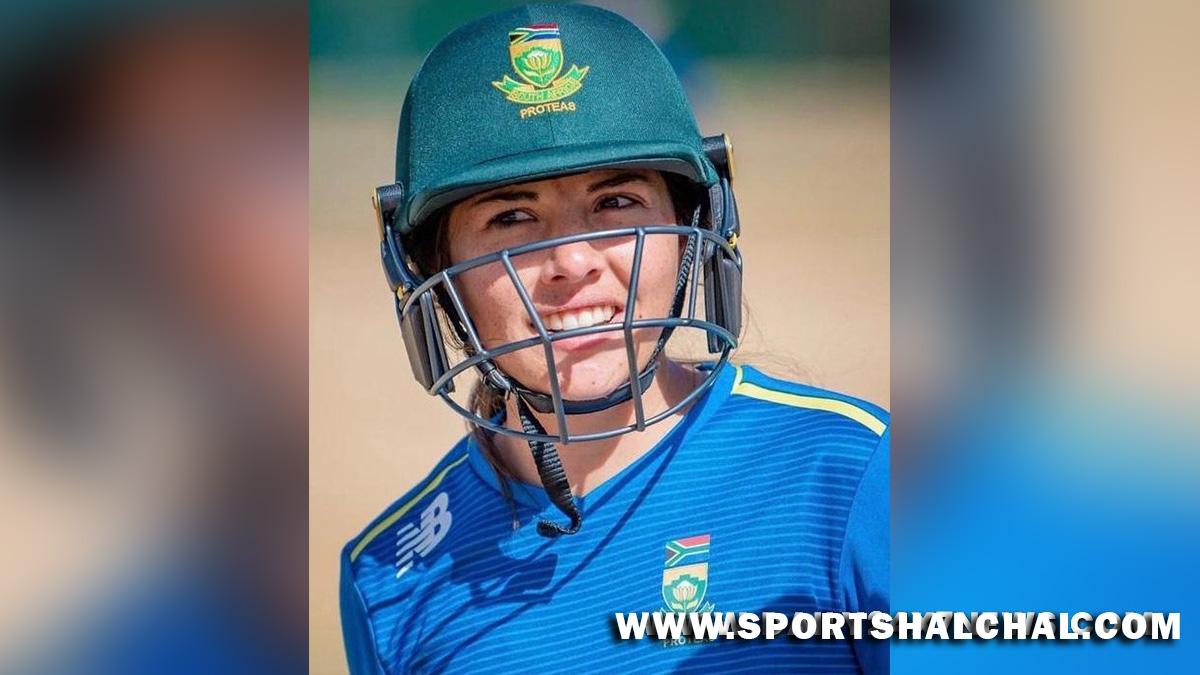 We have a well-balanced side which wants to go the distance: Sune Luus

Dunedin : South African Women’s team captain Sune Luus is confident that if her “well-balanced” team fires in “all three departments” of the game they have the capability to go the distance in the ICC Women’s Cricket World Cup, which got under way in New Zealand on Friday.South Africa take on Bangladesh Women in their opening match on Saturday at the University Oval here and the 26-year-old all-rounder has backed her experienced side to peak at the right time as they target glory at the showpiece event.The Proteas have several survivors from the 2017 tournament, which saw them narrowly beaten by eventual champions England in the semifinals.With stalwarts such as Mignon du Preez, Marizanne Kapp and Shabnim Ismail each now into their 30s, this tournament could represent the final chance for South Africa’s settled squad to go all the way and Luus is determined to seize it.”We have played a couple of World Cups together but this is the ultimate one for us,” she said to ICC ahead of the opening game.”For a lot of our experienced players, this is their big one. Hopefully, we can make it count and make it an enjoyable one. We have a well-balanced team and if all three departments fire, we can beat any team in the world.

“The challenge for us is to get all three skills on the day to fire and make sure we do that consistently. We are all feeling pretty confident. We had a run around the park today (Friday) and it’s a pretty cool scene here in Dunedin, it’s a very nice ground and we’re all excited to get going,” added Luus.South Africa will be missing one of their key players against Bangladesh, with Lizelle Lee still seeing out her spell in quarantine following a delayed arrival due to the birth of her first child.Tazmin Brits has been entrusted with the opener vacancy alongside Laura Wolvaardt in South Africa’s two warm-up matches, defeats against England and India, and Luus hopes to see the 31-year-old stake a claim to stay in the side once the competitive action gets underway.”We always knew she (Lee) wouldn’t be available for the first game so we’ve given a couple of players a run up front and hopefully we’ve got the combination right for tomorrow,” she said to ICC.”Hopefully she’ll make it difficult for Lizelle to come back into the side. For us, the warm-ups were all about assessing the conditions and taking out of it what we could,” said Luus.”There were a lot of positives and it gave a lot of players some game time and confidence in the middle as well.”The clash against Bangladesh in the opening match also holds a special significance for Luus, who made her international debut against them in 2012. “It was pretty cool – the stadium was full and it was one of the best experiences of my life,” she recalled.”They are a very good side and you know every game will be a challenge in a World Cup.

You can’t take any team lightly so our standards and intensity will be the same.”Captaining my country in a World Cup is a great opportunity and something I’ve dreamt about for many years. I’m hoping I can lead from the front and pull the team towards victory.”Luus’s rival captain Nigar Sultana is set to make history as she becomes the first to lead Bangladesh in a 50-over ICC Women’s Cricket World Cup match and the 24-year-old is confident her side can make their mark on the tournament.Defeats against England and Pakistan, the latter by just seven runs, in the warm-up matches have shown Bangladesh where they need to improve and Sultana is fully aware of the importance of a strong start against a side they have faced regularly over the years though not since 2018.”We have prepared well in the practice matches,” she said. “The results didn’t go our way but we took a lot of positives going into the tournament.”We have played against South Africa many times so we know about their strengths. We have faced their fast bowlers before so we have some ideas about them and we have done our homework as well.”For us and for everyone, the first match is very important. This is our opportunity, because we know South Africa well – it is a very good chance for us and we are going for a good win. We are taking it one match at a time. It’s our first ever World Cup and we want to make it memorable.”We know we need a good start as that will give us more confidence to do well in the rest of the tournament.”I am trying to give the girls confidence that we don’t want to focus on the names we are playing against, we want to focus on our strengths and what we can do as a team,” said Sultana.

We have got a group where a lot of the learning happens off the park: Mike Hesson