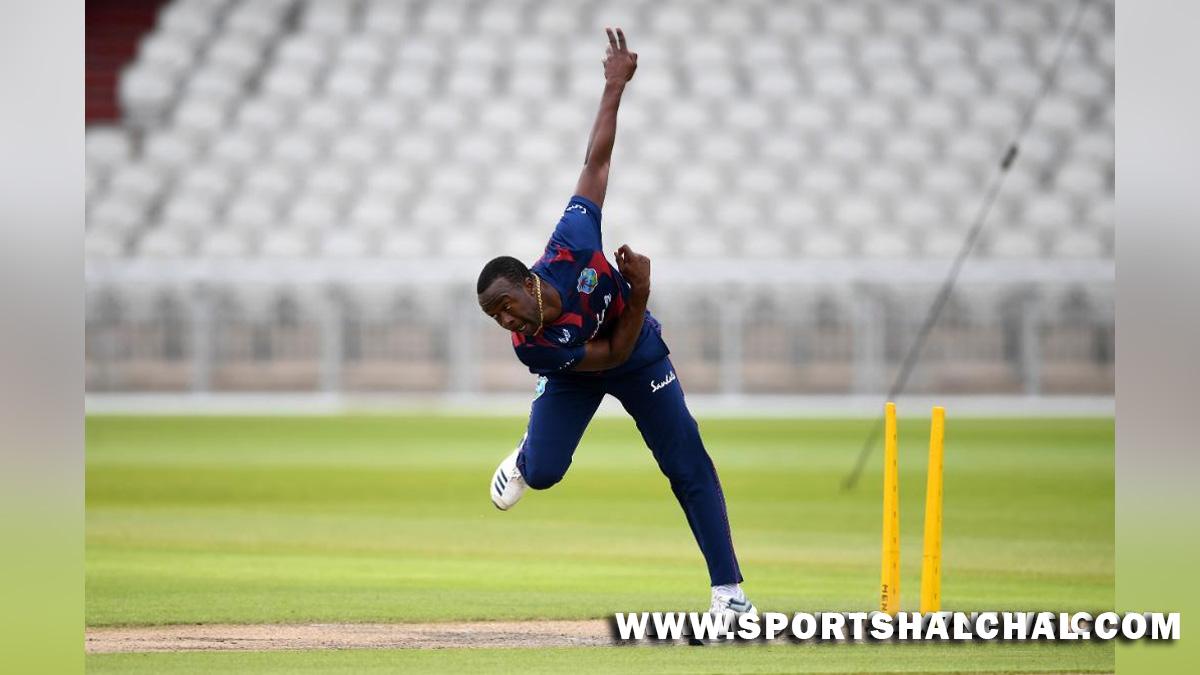 St John’s (Antigua) : West Indies have recalled senior pacer Kemar Roach for the three-match ODI series against India, said its governing body. Roach has been given a call-up to the 50-over format for the first time since last featuring in the ODIs against India in August 2019.Apart from Roach, Nkrumah Bonner and Brandon King have earned recalls in the 15-man squad led by Kieron Pollard for the series starting from February 6 in Ahmedabad. West Indies had recently lost a three-match ODI series 2-1 to Ireland at home earlier this month.”Kemar Roach is one of our leading fast bowlers and we believe we need bowlers upfront to get an early wicket, and Kemar, with an economy rate of five, is certainly good enough to play,” said newly-appointed chief selector Desmond Haynes. In 92 ODIs, Roach has taken 124 wickets at an average of 30.34 and an economy rate of 5.06.Talking about Bonner, who last played an ODI for West Indies in Bangladesh in January 2021, Haynes remarked, “Over the last few years, Nkrumah Bonne’s cricket has come on leaps and bounds and we believe he should be given an opportunity to play in the 50-over format.

“The ODI series, which will be played at the Narendra Modi Stadium in Ahmedabad on February 6, 9 and 11, is part of the ODI Super League which forms the qualification pathway for the 2023 Men’s Cricket World Cup, scheduled to be held in India in October-November. Haynes, the former Test batting great, has stressed on having competition for spots ahead of the quadrennial event in India.”We want to have competition for places. We want to reach a stage where we have a lot of players fighting for positions. We want to broaden the pool of players we have to choose from. The team we have selected is a very good side and we are looking at this tour as part of the preparations for the World Cup in India in 2023.”Apart from the ODIs, the tour of India also has three T20Is to be played at the Eden Gardens in Kolkata on February 16, 18 and 20. The Haynes-led selection panel is expected to announce the squad for the T20I series on Friday.West Indies ODI Squad: Kieron Pollard (captain), Fabian Allen, Nkrumah Bonner, Darren Bravo, Shamarh Brooks, Jason Holder, Shai Hope, Akeal Hosein, Alzarri Joseph, Brandon King, Nicholas Pooran, Kemar Roach, Romario Shepherd, Odean Smith and Hayden Walsh Jr.