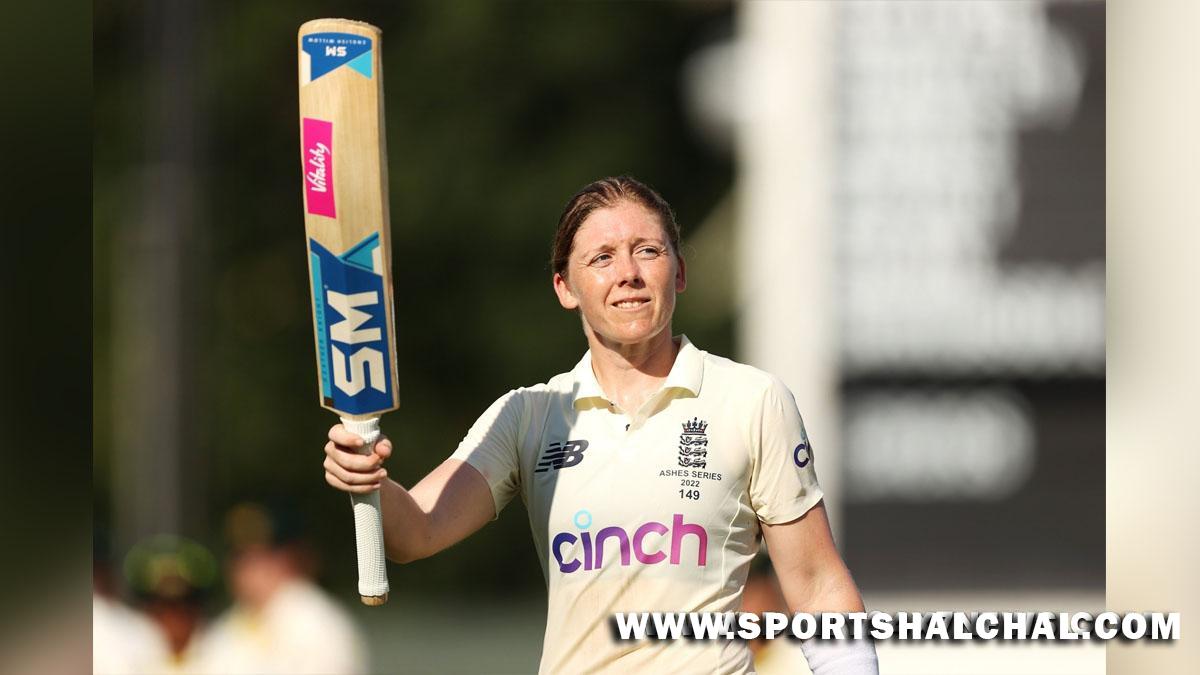 Canberra : England captain Heather Knight said she was delighted and pleased with the way her team fought in the one-off Test of the women’s Ashes at the Manuka Oval on Sunday.Chasing 257 from 48 overs on the final day, the tourists looked on course to ace the chase till they lost six wickets for 27 runs. But their final batting pair of Sophie Ecclestone and Kate Cross managed to force a draw by seeing off the remaining deliveries.”It’s a place I love batting. I’ve really thoroughly enjoyed the Test, what a brilliant game from both teams, gone toe to toe, and I don’t think it deserves a draw at end, does it? But delighted the way the girls fought and it is really pleasing,” said Heather in the post-match presentation ceremony, where she was awarded ‘Player of the Match’ for her knocks of 168 not out and 48 in both innings.

Talking about her state of mind and body after the match, Heather remarked, “Not too bad, my left glute is a bit sore and trying to get a stride in, I feel alright and bowling is hardest thing in Test match cricket and some of our bowlers gave it a real shift and three days before the ODI stuff starts and have to recover pretty well.”Heather lavished praise on Katherine Brunt, who had figures of 5/60 and 3/24 in both innings of the match. “A word for Katherine if it is her last Test match, the performance she put in and the way she bowled and fought, she is a real warrior the way she fights.”The 31-year-old was happy that England got close in winning the match despite rain washing off a major chunk of day three action. “I think really pleased with the fact that we got close and I think the psychology changes a little bit, we were giving it a go and suddenly we were favourites.”Probably an opportunity missed, but I think we will fret on it and we will look back and think what a game to be involved in and the fact that we went toe-to-toe with the Aussies and obviously with the series still alive, pretty pleased.”