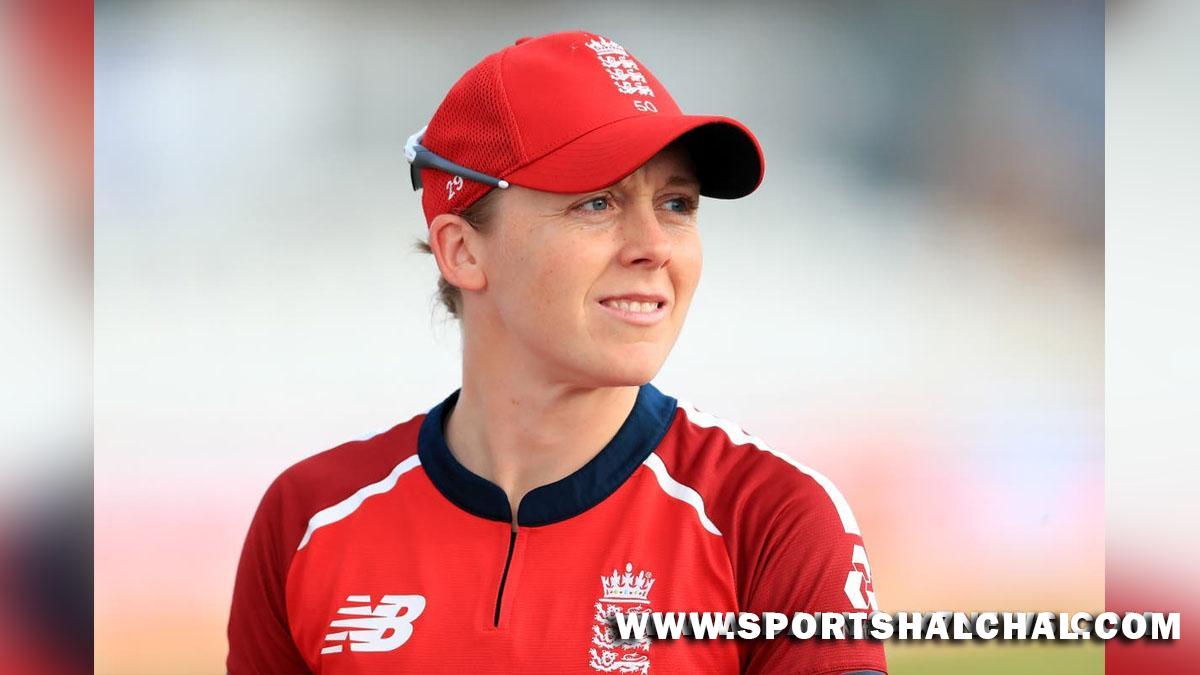 Canberra : England captain Heather Knight on Wednesday said her team’s performance in the drawn one-off Test has shown that they can fight back. In the ongoing women’s Ashes, Australia are 6-4 ahead in the points-based series. For England to win the series, they must win all three ODIs, starting from Thursday, to clinch the trophy.”The way we went at that chase was awesome, real character from the girls. It’s shown that we can fight back and when we do go hard at them, then we can put them under pressure, and really create a few cracks,” Heather was quoted as saying by cricket.com.au on the eve of the ODIs.”It gives us real confidence, particularly that second innings was very much like a one-day chase… we haven’t had a huge amount of time in the middle with the weather so that’s a really good sign,” added Heather, named player of the match for making 168 not out and 48 in both innings of the one-off Test.

On Sunday, chasing 248, England were in control, needing just 39 runs off 46 balls with seven wickets in hand. But a sensational collapse saw them lose six wickets for just 27 before the last batting pair of Sophie Ecclestone and Kate Cross saw off the remaining 13 deliveries to manage a draw.Heather, 31, looked at the bright side of the things from the one-off Test. “It’s quite important for us to try and park it. I’ve certainly learned in my career that if you don’t park a game like that it can be quite detrimental.”After the women’s Ashes, Heather will lead England into the Women’s Cricket World Cup in New Zealand. In the mega event, England will go in as the defending champions and will open their campaign co-incidentally against Australia at the Seddon Park in Hamilton on March 5.