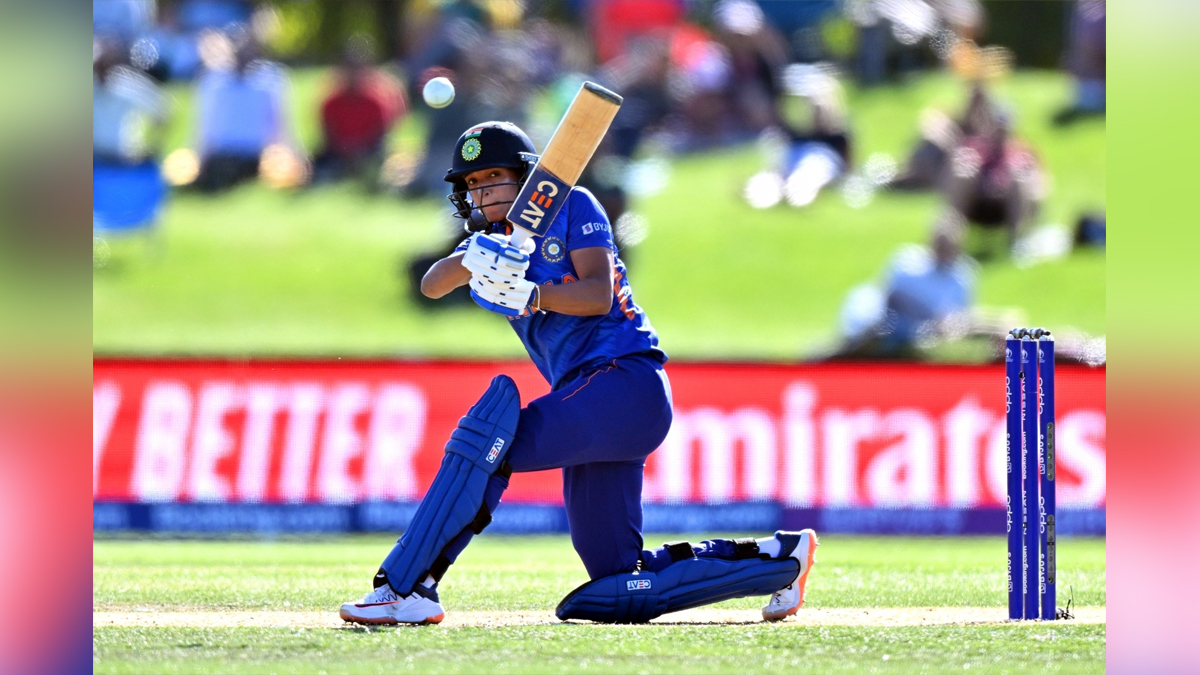 Sylhet (Bangladesh) : After suffering a 13-run loss to Pakistan in Women’s Asia Cup, India captain Harmanpreet Kaur admitted that giving batting chances to other batters backfired in the match.

After the 41-run victory over Sri Lanka in the opening match of the tournament, India had been experimenting with their batting order against Malaysia and the UAE, which resulted in wins.

In Friday’s match against Pakistan, Dayalan Hemalatha, Pooja Vastrakar and Deepti Sharma were sent in to bat ahead of Harmanpreet who came out to bat at number seven instead of her usual number four position.

But the experiment failed to give desired results and despite Richa Ghosh’s late cameo of 26 off just 13 balls, hitting three sixes and a four, India fell short of target by 13 runs, bowled out for 124 in 19.4 overs.

“In the middle, we were trying to give the chance to other batters, which cost us today. Because you have to do that as the tournament goes on, but it backfired. It was a chaseable target. In the middle overs, we were not able to take singles and rotate strike, we played too many dot balls,” said Harmanpreet in the post-match presentation ceremony.

The 13-run loss was just the third time India lost to Pakistan in T20Is and also, their first loss to their arch-rivals in the history of Women’s Asia Cup. “For me it is important that whoever is new in the side, they should good number of games heading into the World Cup, because whenever you change the side the players coming in should be ready.

It was a great opportunity for others,” added Harmanpreet.India now have less than 24 hours to regroup and make a turnaround against hosts and defending champions Bangladesh, a side they lost to in the 2018 Women’s Asia Cup final.

“We are aware of that and never take any team lightly. It is a part of the game. Yesterday, Thailand played a good game. Today, they (Pakistan) played good cricket, and they came up trumps and deserved to win it.

Going forward, we need to work on those areas and be strong,” asserted Harmanpreet.Pakistan skipper Bismah Maroof was elated with how her side executed their plans to perfection against India and applauded senior all-rounder Nida Dar for her all-round show with the bat and ball.

Nida first slammed an attacking 56 not out off 37 balls for Pakistan to get 137/6 in 20 overs. With the ball, she bagged figures of 2/23 in her four overs of off-spin, including the wickets of Harmanpreet.”Very important game for us after yesterday.

We executed the things very well. How Nida batted beautifully. We just wanted to take calculated risks. Nida played a crucial innings for us and helped us get a good total.””In the middle we were looking for gaps, and we know Nida can hit so we look to hit the strength areas.

“It was a slow start but I went there and talked to Bismah and she said look we have to make a partnership here.””It was a good wicket for the batters but it was my role to play an innings like that. It was like I wanted to find my hitting areas. We need to work on our last three to four overs and need to finish well.”