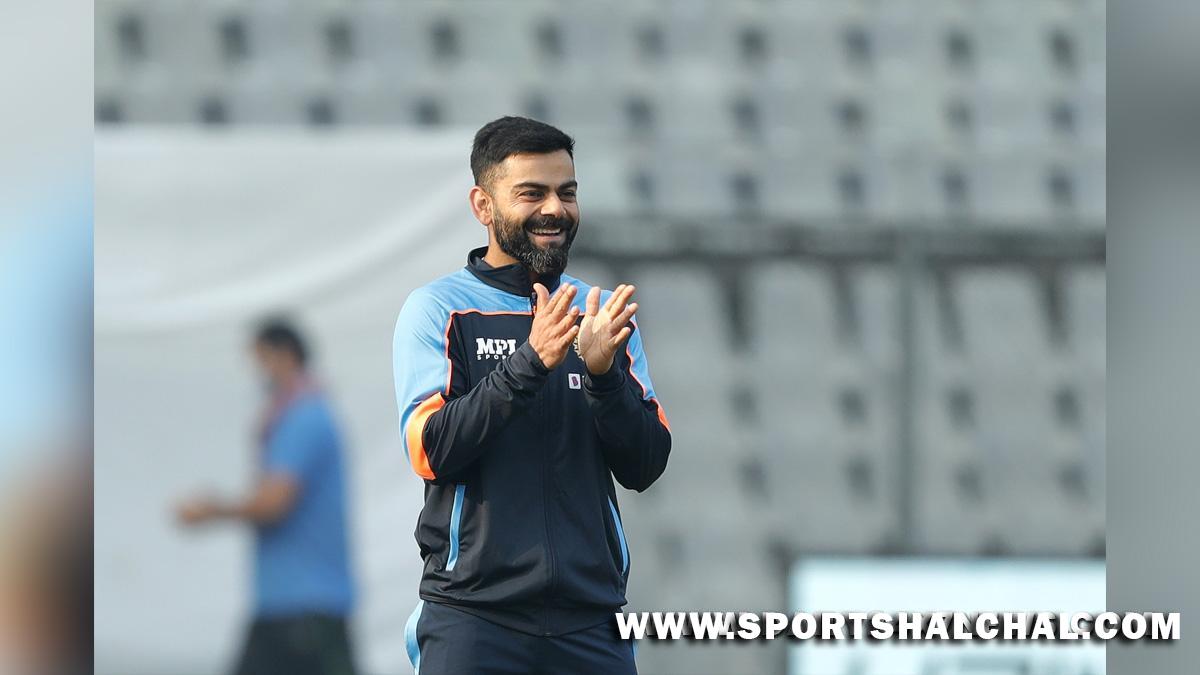 Mohali : Senior India batter Virat Kohli said he had never thought that he would play 100 Test matches for India in a long journey of playing the longest format of the game.Kohli made his Test debut against the West Indies in 2011, making just 4 and 15. But the low-key debut paved the path for achieving 7962 runs in 99 matches at an average of 50.39, including seven double centuries.”I honestly never thought I would play 100 Test matches. It’s been a long journey. We played a lot of cricket over the course of playing these 100 Test matches. A lot of international cricket. I am just grateful that I’ve been able to make it to 100. God has been kind. I have worked really hard for my fitness. It’s a big moment for me, for my family, for my coach, who is also very happy and very proud of this Test match as long as I am concerned. It’s a very, very special moment,” said Kohli in a video posted by BCCI on their Twitter handle on Thursday.

Friday’s Test match against Sri Lanka at the IS Bindra PCA Stadium will make Kohli the 12th Indian and 71st cricketer overall to achieve the landmark. From an Indian perspective, Kohli joins an elite list featuring Sunil Gavaskar, Dilip Vengsarkar, Kapil Dev, Sachin Tendulkar, Anil Kumble, Rahul Dravid, Sourav Ganguly, VVS Laxman, Virender Sehwag, Harbhajan Singh and Ishant Sharma to play 100 Tests for the country.”I personally never grew up thinking that I have to score small runs. The idea was to score huge runs. I scored a lot of big double hundreds in junior cricket, I think seven to eight before reaching first-class level. My idea was to basically bat as long as I could and I enjoyed batting for long periods of time, bat sessions and try to win a game of cricket for my team, either a first-innings lead or two points according to the format.”For Kohli’s 100th Test match, 50% crowd will be allowed inside the stadium, giving fans a good chance to celebrate the achievement. “These things really took a lot out of you and it revealed as well as tested your true character, which I thoroughly enjoyed. Test cricket needed to stay alive because people need to experience this. This is for me real cricket,” concluded Kohli.