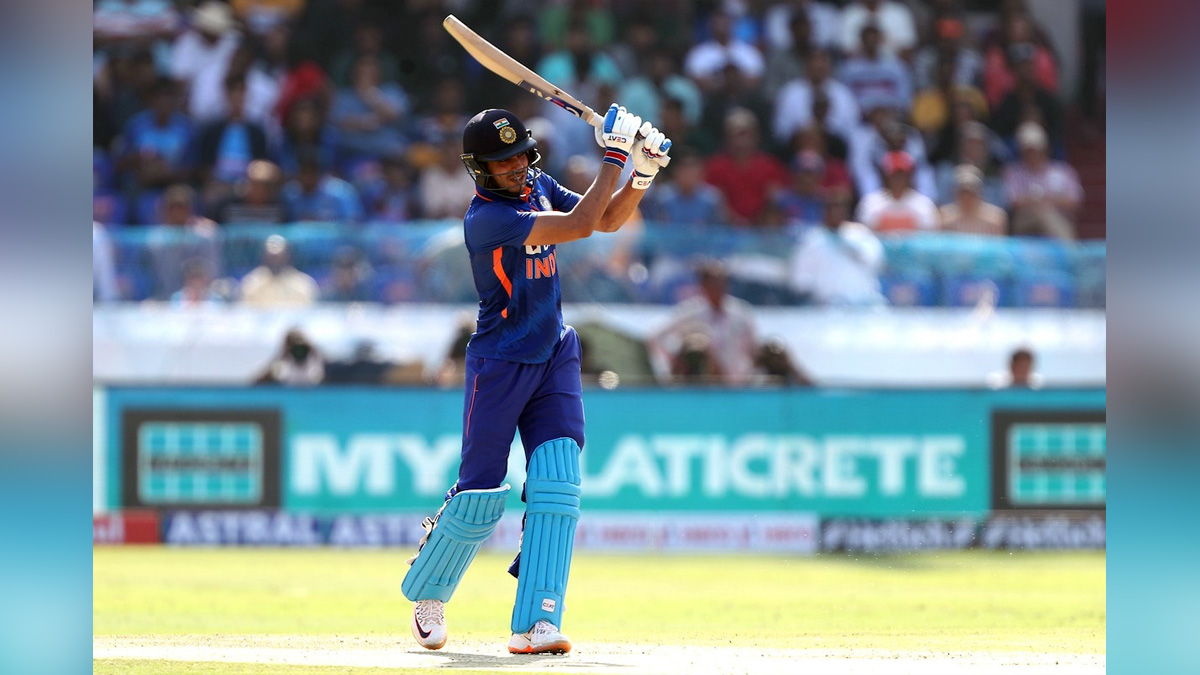 1st ODI : Double century one of those things, like what dreams are made of : Shubman Gill

Hyderabad : In the first ODI between India and New Zealand, 686 runs were scored and a total of 24 sixes were hit with two stunning knocks of different qualities played out in front of 31,187 spectators at the Rajiv Gandhi International Stadium, here on Wednesday.

In the match which literally went down the wire, Shubman Gill and Michael Bracewell shined. While Gill became the youngest cricketer to hit a double century in ODIs at 23 years and 132 days, and the fastest Indian to get 1000 runs in the format, Bracewell lifted New Zealand from 131/6 to almost chasing down 350, but fell 12 runs short.

At the post-match presentation ceremony, Gill said his knock of 208 from 149 balls, laced with 19 fours and nine sixes, apart from 58 ones and ten twos at a strike-rate of 139.60, was one of the things which came in the category of what dreams are made of’.

“I wasn’t thinking about 200 before I hit those sixes in the 46th or 47th over. That’s when I thought I could get a double. I won’t call it a “wow” feeling but it feels nice when the ball goes off the bat how you want it.

There’s certainly a feeling of satisfaction. It has sunk in pretty well, this is certainly one of those things, like what dreams are made of,” he said. Gill’s scoring accelerated throughout the innings, with his first 50 coming off 52 balls.

He went from 50 to 100 off just 35 deliveries and then jumped from 100 to 150 in 35 deliveries. But it was his final flurry that saw the acceleration really take off, with Gill going from 150 to 200 in just 23 balls, passing the double-century point thanks to three consecutive sixes off Lockie Ferguson in the 49th over.

“I was waiting eagerly to go out there and do what I wanted to do. I wanted to unleash but sometimes you don’t get to do it with wickets falling. I got to do it in the end. When the bowler is on top, you have to get them under pressure otherwise it’s easier for them to create dot balls.

I tried to get singles and boundaries and get them under pressure,” he added. Bracewell hit 12 fours and ten sixes in his 78-ball knock, while adding 162 off just 102 balls for the seventh wicket with Mitchell Santner, who made 57 off 45 balls, giving India a mighty scare, before him falling lbw to Shardul Thakur in the final over gave India a victory and 1-0 lead in three-match series.

“We were just trying to give ourselves a chance, we managed to get a partnership but unfortunately it wasn’t enough which is a bit of a bummer really. It’s early on in my international career so I don’t have a lot of footage of these bowlers but I try to get a feel of what they bowl,” he said.

Bracewell concluded by saying he and Santner just wanted to have a shot at winning the match for New Zealand. “Once Mitch and I got ourselves settled, we weren’t talking too much about winning, we wanted to take it deep and give ourselves a chance.

We wanted to have a good crack and you need to back yourselves with 20 needed off the last over. The bowlers did well in that period (after I got my hundred) with their yorkers. Credit to them,” he said.