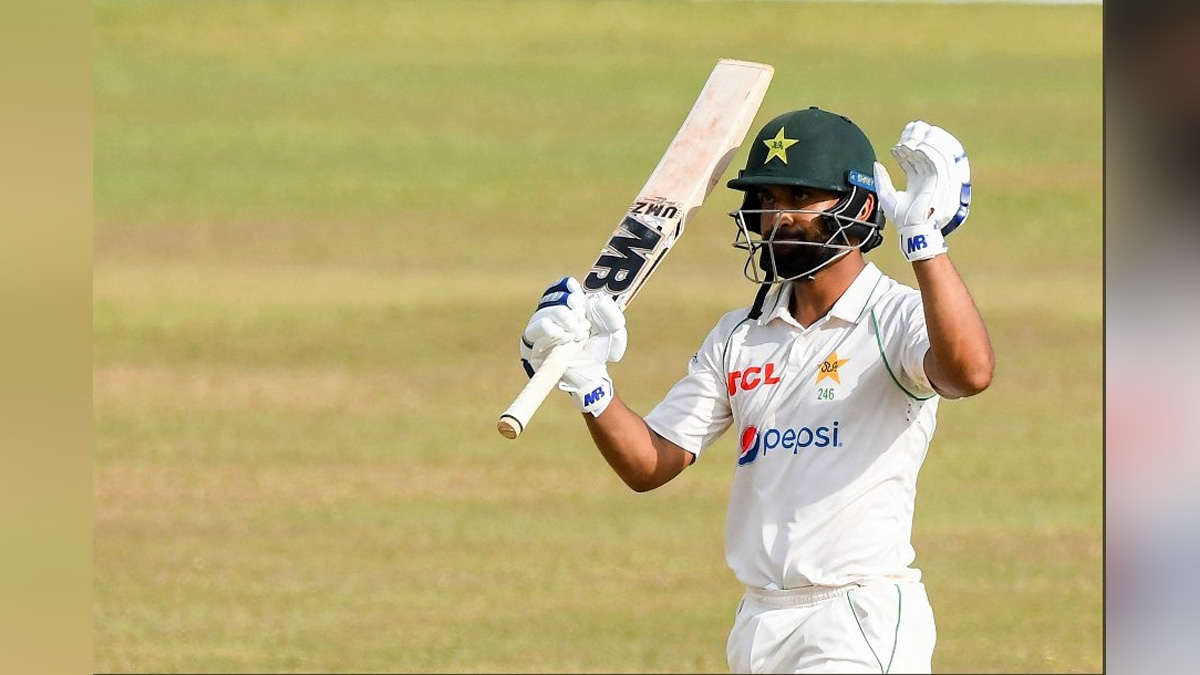 Galle : Opener Abdullah Shafique starred with a sensational knock of 160 not out off 408 balls, his best-ever knock in the longest format of the game, in helping Pakistan to a famous four-wicket victory over Sri Lanka in the first Test at Galle on Wednesday.

Shafique’s efforts meant that Pakistan successfully chased down 342, which is a record for the highest successful run chase in Tests at Galle International Stadium.Resuming day five from 222/3 and requiring 120 runs to win, the first 30 minutes were filled with a few close calls, beautiful bowling from Sri Lanka despite losing both of their remaining reviews.

A slider from spinner Prabath Jayasuriya struck Shafique on the back-pad, with umpire Kumar Dharmasena signalling the bowler about the height. However, with the game at a crucial stage and Shafique’s prized wicket at stake, Sri Lanka went for the review.

Shafique survived the lbw scare after the replays showed the ball had bounced over and was missing the wickets.Few overs later, Jayasuriya once again bowled a beauty – drifting the ball in and using the bounce to spin it away.

Wicketkeeper Mohammad Rizwan attempted a forward defence and the ball looked very close to the bat. Sri Lanka fielders appealed, sounding positive for a caught-behind dismissal but the umpire was unperturbed.

They used their last review, but the UltraEdge showed a flatline with no sign of the ball coming in contact with the bat. Rizwan survived; Sri Lanka were left stranded with no reviews.Set batter Shafique found a reliable partner in Rizwan as they both batted with caution, taking their side close to victory.

In the first hour, they added 48 runs, with only 72 more needed.Jayasuriya finally claimed a wicket when he had Rizwan trapped in front of stumps. Pakistan went for review, but it went Sri Lanka’s way, with Rizwan walking back for a solid 40 off 74 balls.

The spinner then struck on the stroke of lunch, forcing Agha Salman to nick behind as Pakistan reached 298/5 at lunch.Post lunch, Pakistan lost another wicket as Hasan Ali was caught in the deep off bowling of Dhananjaya de Silva.
Shafique and Mohammad Nawaz survived more attempts of dismissal, including Kasun Rajitha dropping a catch, as inched closer to victory.With 11 runs remaining for completing a victory, rain arrived.

But it didn’t last for long as Shafique and Nawaz made the required runs quickly to get a win for Pakistan, with the former cutting in the gap through cover for a winning boundary.

The win sees Pakistan jump to third place on the World Test Championship standings with a win-loss percentage of 58.33 percent, while Sri Lanka crashed to sixth place.
Brief Scores: Pakistan 218 and 344-6 in 127.2 overs (Abdullah Shafique 160 not out, Babar Azam 55, Prabath Jayasuriya 4-135) beat Sri Lanka 222 and 337 by four wickets