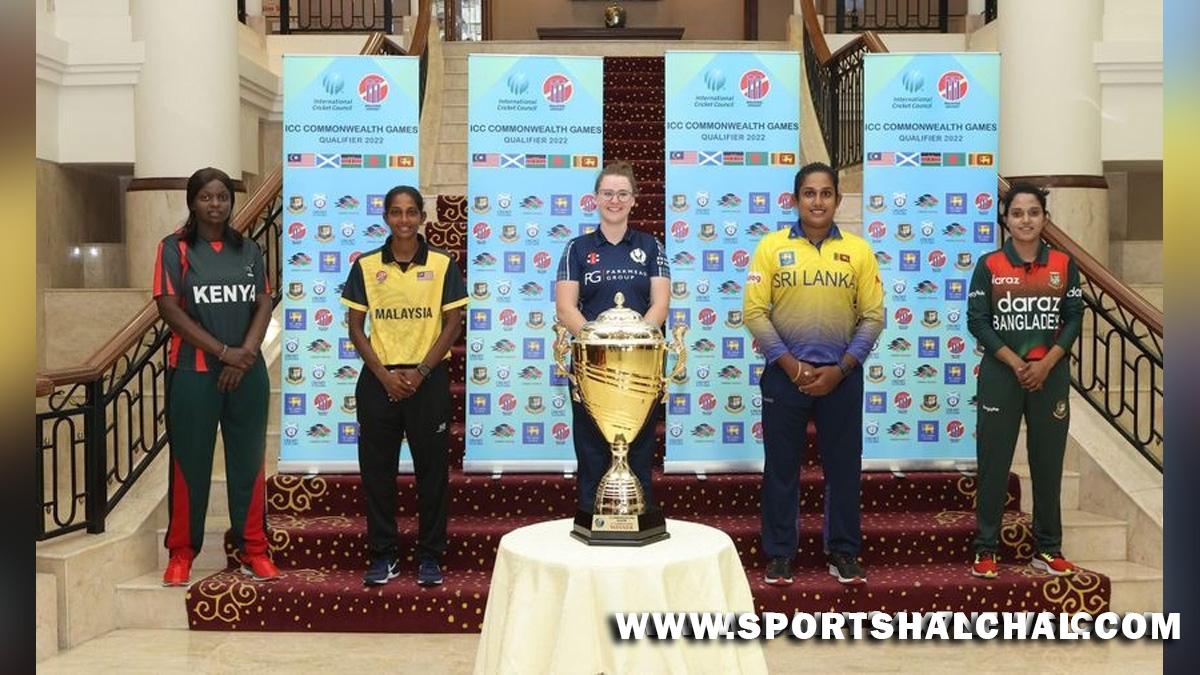 Kuala Lumpur : Five teams Bangladesh, Kenya, Malaysia, Scotland and Sri Lanka will vie for the lone remaining slot for the 2022 Commonwealth Games cricket competition in Birmingham, when the ICC Commonwealth Games Qualifier 2022 commences at the Kinrara Oval here on Tuesday.The round-robin T20 tournament to decide who joins the seven teams already qualified for Birmingham Australia, Barbados, England, India, New Zealand, Pakistan and South Africa will commence with the match between Bangladesh and Malaysia on January 18.England and six other highest-ranked ICC Members in the ICC Women’s T20I Team Rankings as of April 1, 2021 qualified directly for the Commonwealth Games, with the slot for the West Indies going to Barbados since athletes from the Caribbean will be representing their countries and not the West Indies (as they are affiliated with the ICC). Barbados were nominated by Cricket West Indies (CWI) on the basis of their win in the 2019 CWI T20 Blaze Tournament.

Women’s cricket will be part of the Commonwealth Games for the first time ever in what is seen as an opportunity to take the game to new fans. It will only be the second time that cricket will feature in it after a men’s competition was part of the Games in Kuala Lumpur in 1998.Bangladesh captain Niger Sultana has the chance of leading her team into the Birmingham Games to cap a fine year that has seen them qualify for the ICC Women’s Cricket World Cup in New Zealand in March-April.”We are very confident. It was not easy for us to return to competitive cricket after the disruptions of training and matches because of COVID-19. However, we are well prepared now, having played in different conditions during the past few months,” said Sultana to ICC.Sri Lanka captain Chamari Athapaththu feels it is vital for her team to win the tournament after having missed qualifying for the 50-over World Cup.”Apart from the World Cup, the Commonwealth Games (cricket competition) is the other major tournament to be held in 2022. Obviously, it won’t wipe out the disappointment of missing out on the World Cup but will give us some amount of solace,” said Athapaththu.”We have a very good chance of winning this tournament and qualifying for the Birmingham Commonwealth Games. We have experienced players as well as talented youngsters in our side,” she added.Match schedule: Jan 18: Malaysia vs Bangladesh and Sri Lanka vs Scotland; Jan 19: Kenya vs Bangladesh and Scotland vs Malaysia; Jan 20: Kenya vs Sri Lanka; Jan 22: Scotland vs Kenya and Sri Lanka vs Malaysia; Jan 23: Bangladesh vs Scotland and Malaysia vs Kenya; Jan 24: Bangladesh vs Sri Lanka.