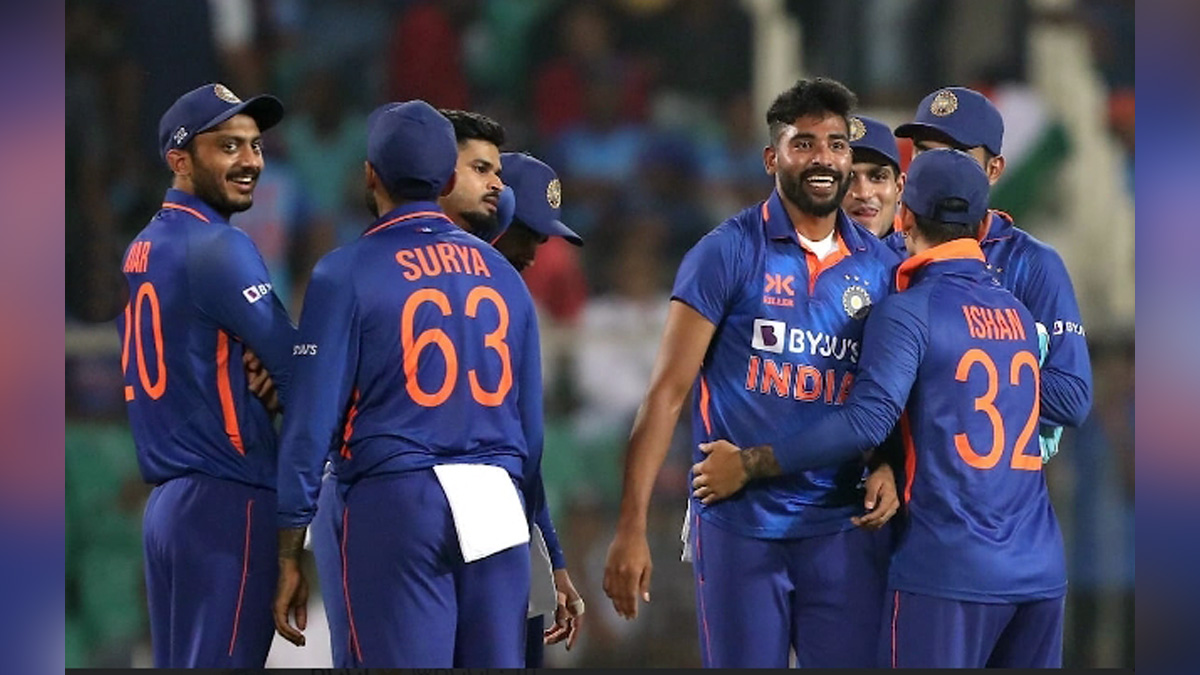 Thiruvananthapuram : After a 3-0 ODI series victory over Sri Lanka, India captain Rohit Sharma lavished praise on Mohammed Siraj, saying that the right-arm fast bowler is going from strength to strength.

Though India’s 317-run thrashing of Sri Lanka at the Greenfield International Stadium was shaped by centuries from Virat Kohli and Shubman Gill, Siraj got the ball to move around and ran through the top order to pick his career-best figures of 4-32 in ten overs.

Sri Lanka were bundled out for 73 all out in 22 overs. India had even kept four slips and a gully for Siraj to get his five-fer, which didn’t happen after Kasun Rajitha got to overturn an lbw decision.

“Don’t remember that. Was good to see how Siraj was bowling and deserved the slips. The way he is swinging the ball, he is a rare talent.” “And in the last couple of years, we have seen him go from strength to strength.

We tried all sorts of things to help him get five but he couldn’t. But the confidence is there and we can see in the way he is running. He is working on a few tricks. Not giving too much thought about,” said Rohit in the post-match presentation ceremony.

It was a series in which the Indian batters got runs and the bowlers had good hauls. “I thought it was a great series for us. We bowled pretty well, got wickets, (made) breakthroughs when we need.

Batters throughout the series piling up those runs was good to watch,” added Rohit. Next up for India is three ODIs against New Zealand, starting from Wednesday in Hyderabad. “We’ll get there and see and there will be a change in combination from what we saw today.

We want to work as we did in this series to get the result we want,” stated Rohit. Sri Lanka captain Dasun Shanaka was a disappointed man after seeing his team slump to its fourth-lowest total in the ODIs.

Asked about injuries to Ashen Bandara and Jeffrey Vandersay sustained after a nasty fielding collision, Shanaka said, “No idea, will have a look after this finishes. Playing positive cricket is the more important thing.

If the boys show intent, the bowling would have been different. Congratulations to the Indian team for this performance.”

3rd ODI : Mindset is to help the team, and put the team in strong position : Virat Kohli