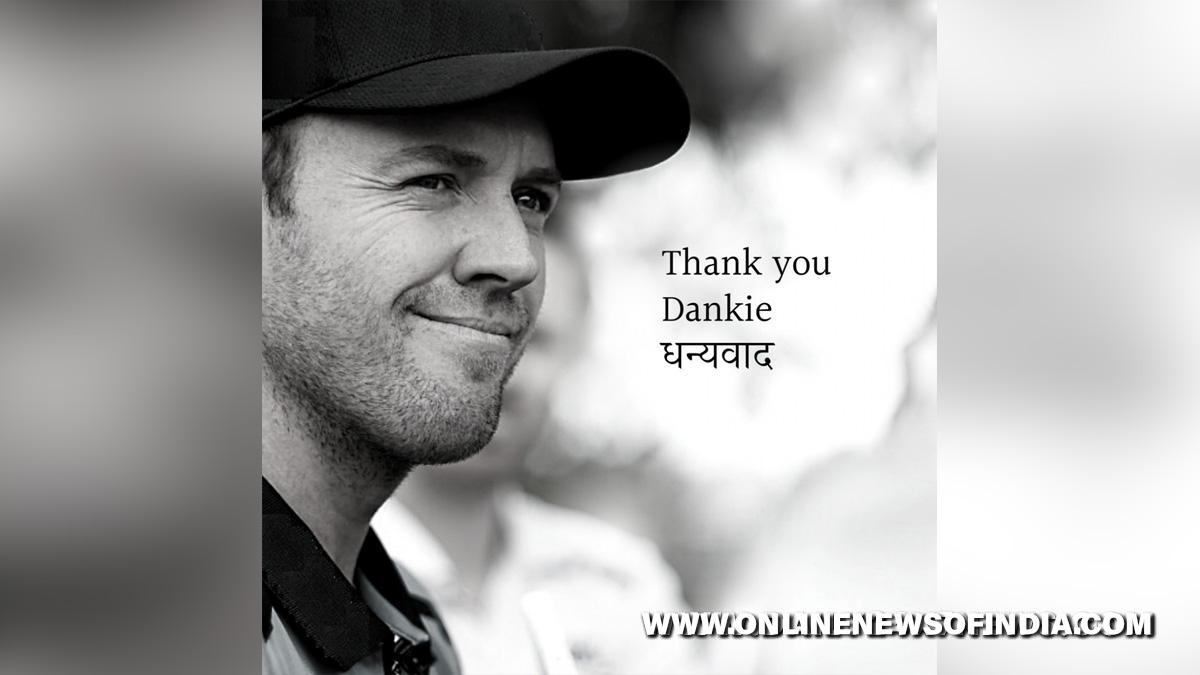 Pretoria : South African cricketer AB de Villiers, who announced on Friday he was quitting all forms of cricket, did so in a unique way — the 37-year-old posted ‘Thank you’ in three different languages.In his post on Twitter, apart from saying ‘Thank you’, he also wrote ‘Dankie’ in Afrikaans and ‘dhanyawaad’ in Hindi.De Villiers played in 184 IPL matches, firstly for Delhi Capitals (formerly Delhi Daredevils) for three seasons followed by a successful decade with Royal Challengers Bangalore, where he formed a formidable partnership with Virat Kohli.Overall, he scored 5,162 runs at an average of 39.70 and strike rate of 151.68, including three centuries and 40 half-centuries while being a member of the RCB side which entered IPL playoffs five times.Later, in a video shared by his IPL franchise, the Royal Challengers Bangalore (RCB) on Twitter, de Villiers sounded emotional while expressing his thoughts and thanking people who have been with him throughout his career.”Today I will be going to make a big and emotional announcement. I am finished with all formats and all cricket. I do have a smile on my face as I did make a right decision. But deep in my heart, I am incredibly sad and have lots of emotions and thoughts going through my mind. All the years of playing cricket, there’s a lot of mixed emotions.

“Things happened very quickly in the last month or so. It’s been in my mind for quite a bit and finally made the decision to truthfully prioritise family time and be the best version of myself as much as I can at home. To all the people in Bangalore who have supported the teams I played and my cricket, thank you so much for that. It’s difficult to put into words what the fans of cricket and specifically of my game, meant to me. It’s been life-changing.”He further said that he will forever be a part of RCB now. “To every single one of you who’s criticised me or loved everything that I did throughout my career, thank you very much. I am not going anywhere as I will be an RCBian for life. Every single person in the RCB set-up has become family to me.”We all have spent a lot of time together. Some people come and go, but the spirit and the love we have for each other at RCB will always remain.”I have had an incredible time there. I know we haven’t won a trophy but I truly believe there will be many more to come in the near future. Hopefully, I have played my role in setting the right culture with Virat and others, who have set the culture for the future. Maybe it will play a role in earning many trophies in the future. Hopefully, I will be a part of some of that. Let’s see what happens in the future. RCB has changed my life.”He also claimed that he is now half-Indian due to his time at RCB and hinted at giving back to the game sometime in future.”I think I have become half Indian now over the years and I am very proud of that. I have loved every single second of my journey and have fallen in love with India. I love South Africa but India will hold a very special place in my heart. But certainly, I have many more years left of giving back to the game that has changed my life.”

I saw fear in the eyes of Stamp Fairtex, claims Ritu Phogat