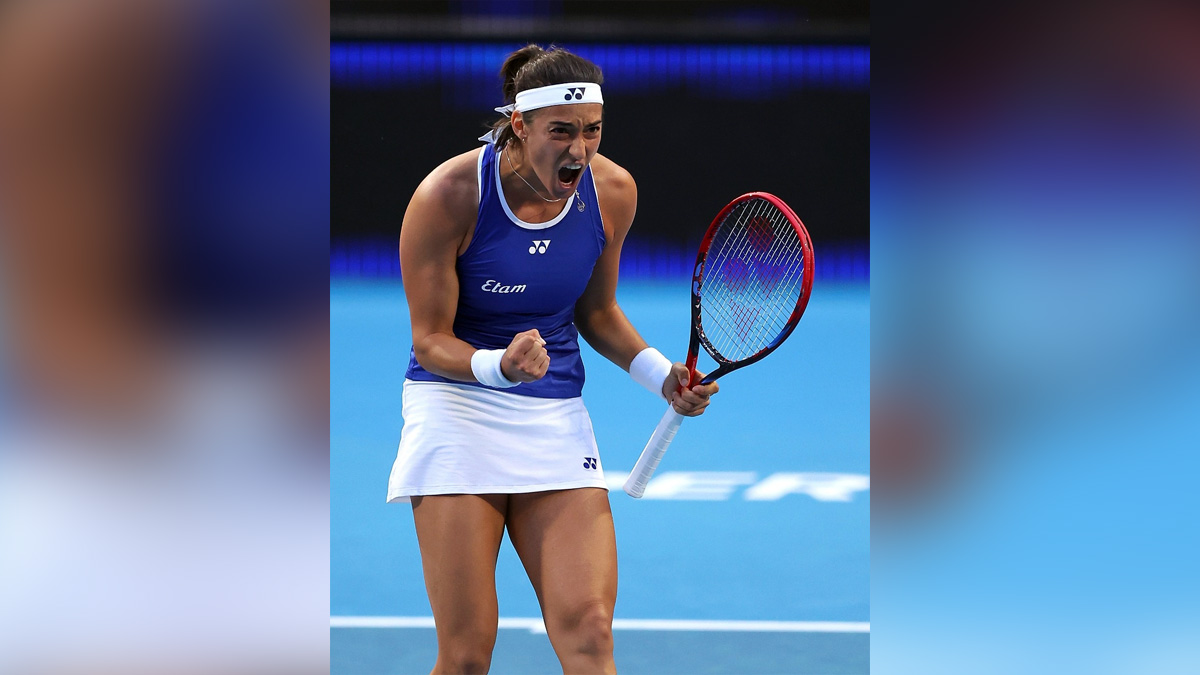 Adelaide : France’s Caroline Garcia advanced to the Adelaide International 2 quarterfinal with a hard-fought 6-3, 3-6, 7-5 win over qualifier Katerina Siniakova in 2 hours and 15 minutes, here on Wednesday.

The victory was Garcia’s sixth in a row, a streak also encompassing her WTA Finals Fort Worth title at the end of 2022 and an unbeaten United Cup campaign last week. She will aim for a seventh against No.8 seed Belinda Bencic in the last eight.

Siniakova is a player who had given Garcia much trouble in the past. The Czech came into the match leading the head-to-head 4-2, including the last three in a row; Garcia had not beaten her since the second round of the 2016 US Open.

However, the Frenchwoman roared out of the blocks in a bid to rectify that, leaping to a 5-0 lead without facing a game point. But Siniakova saved the first three set points she faced, all on Garcia’s serve at 5-1, and though this was too late to save the set, the rhythm she gained stood her in good stead for the second.

Garcia’s serve was a major weapon throughout, firing 14 aces in total. A trio of them helped her escape from the first break point of the second set in the sixth game.
But she was unable to convert a pair on Siniakova’s serve in the next game; serving at 3-4, Garcia’s forehand leaked a series of errors to hand the World No.48 her first break of the match.

The 29-year old Garcia appeared to have regained control in the third set after slamming consecutive return winners to break Siniakova after a five-deuce tussle and build a 3-0 lead.

But fine down-the-line work enabled Siniakova to level at 3-3, and a sequence of rapid holds followed. It was Garcia who raised her level when she needed to.

Another return winner brought up her first match points at 6-5, and she converted the third with a backhand crosscourt — her 42nd winner of the night compared to Siniakova’s tally of 21.