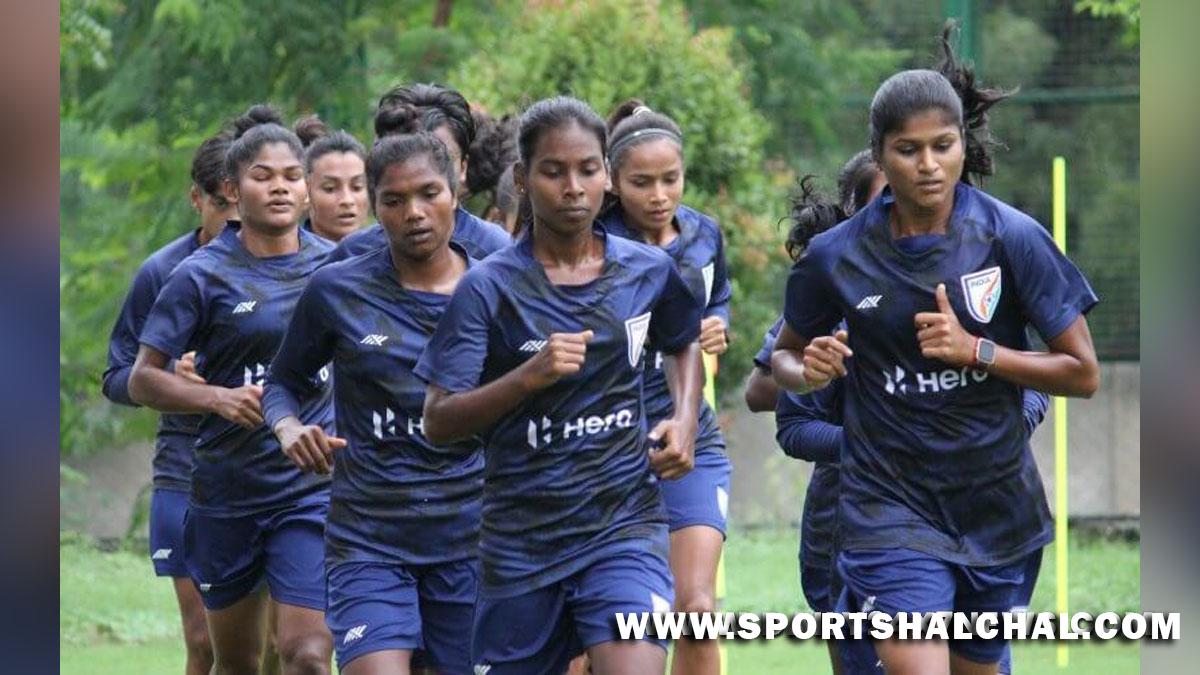 Kochi : The Indian women’s football team is back to full training after a short Christmas break, and with less than a month to go for the AFC Women’s Asian Cup, the workload will only increase as the big tournament approaches.Christmas served as a little break from the rigorous training schedule and captain Ashalata Devi said that it was “important to let your hair down on occasions” to recharge the batteries.The tournament commences on January 20 with China taking on Chinese Taipei. India will play Iran on the same day. Mumbai, Navi Mumbai and Pune in Maharashtra are hosting the event.”It’s important to let your hair down on occasions. But we all realise the importance of the situation we are in. We are preparing for the Asian Cup, and now that a couple of fun activities of Christmas are over, we are ready to get back to work,” said Ashalata Devi on Monday.

The team, coached by Thomas Dennerby, is having two sessions every day.Fullback Ranjana Chanu is nursing a niggle but says it’s part and parcel of training.”It’s nothing. Such niggles keep happening. I’ll be fine by tomorrow. We are footballers, it’s part and parcel of our lives.”The team has been in the camp for the last six months and played nine friendly matches against four countries. The team has already had six exposure trips in 2021.Sanju Yadav from Haryana said that more gym time is crucial for her ahead of the continental tournament as she is recovering from an ACL injury.”I’ve always had the habit of squeezing in some gym time, but that has increased ever since I recovered from my ACL injury last year. As a player, you never want to suffer ligament injuries, and I want to make those areas as strong as possible,” said Sanju.

The 24-year-old has recently moved from being a winger to a wing-back. Sanju says she has had to work really hard in the last six months of the camp to get used to the new position.”I have to make a lot of recovery runs, now that I am playing as a wing-back. Before, once we lost the ball I would only track back on certain occasions as instructed by the coach. Now, there is no choice. The first thing I do once we lose the ball while attacking is make a 180-degree turn and bolt back to help the others,” explained Sanju.”It takes a lot more stamina to play this position, and those extra hours in the gym always help. Whenever we don’t have training or recovery or rest sessions, I head to the gym and work on myself. It’s not just me, but there are plenty of others as well, who put in that extra work,” she said.